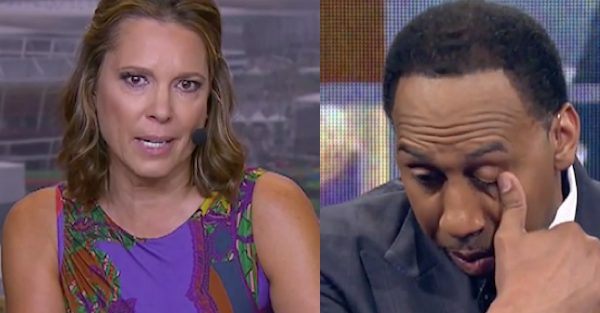 Hannah Storm announced live on SportsCenter Wednesday morning that legendary broadcaster John Saunders had tragically passed away at the age of 61.

Saunders had been with ESPN since 1986 and established himself as a prominent voice on ESPN’s college football Saturdays. Most recently a studio host during coverage of the College Football Playoff, Saunders started with ESPN as a SportsCenter anchor. He was an in-studio host and did play-by-play, covering college football, basketball and the NHL.

He meant a great deal to the sports world, and was one of the founders of The V Foundation for Cancer Research.

Saunders is survived by his wife and two children.