In a scary scene, a pitcher gets hit in the head by a line drive and collapses 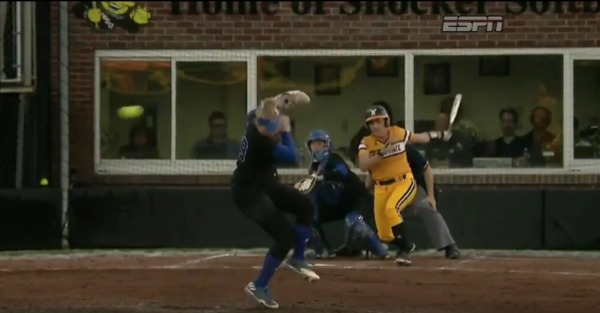 Lexi Blevins, a softball pitcher for the Tulsa Golden Hurricanes, was cruising in a game against Wichita State. The pitcher has retired 13 of 14 batters and had only given up one hit and she cruised into the fifth inning.

Then, one swing of the bat changed everything.

Wichita?s Madison Perrigan ripped a shot straight up the middle smacked on to the side of Blevins? head. She stumbled before collapsing to the ground, and concerned players on both sides looked on while she was attended to.

The Sunflower, the student newspaper at Wichita State, reported that Blevins has concussion symptoms as a result.