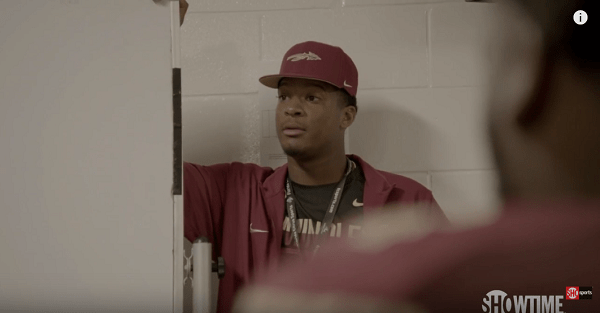 I think we just found the real reason Florida State stormed back on Ole Miss Monday night and won 45-34. Sure, it was some clutch kicking by Ricky Aguayo and phenomenal passing from redshirt freshman quarterback Deondre Francois. But it might have really been this halftime speech from former QB star and No. 2 NFL pick Jameis Winston that did the trick.

RELATED: Ricky Aguayo did something not even his brother could accomplish

Winston was fed up with the Noles’ attitudes and effort level coming into the locker room down 28-13 and he let those boys have it. He told the team they got the best running back in the league and a gunslinging quarterback who can get the ball to the best receivers. His best line might have been, “We dogs! We ain’t no puppies!” And that was the moment everyone wanted to run through the wall to get the win.