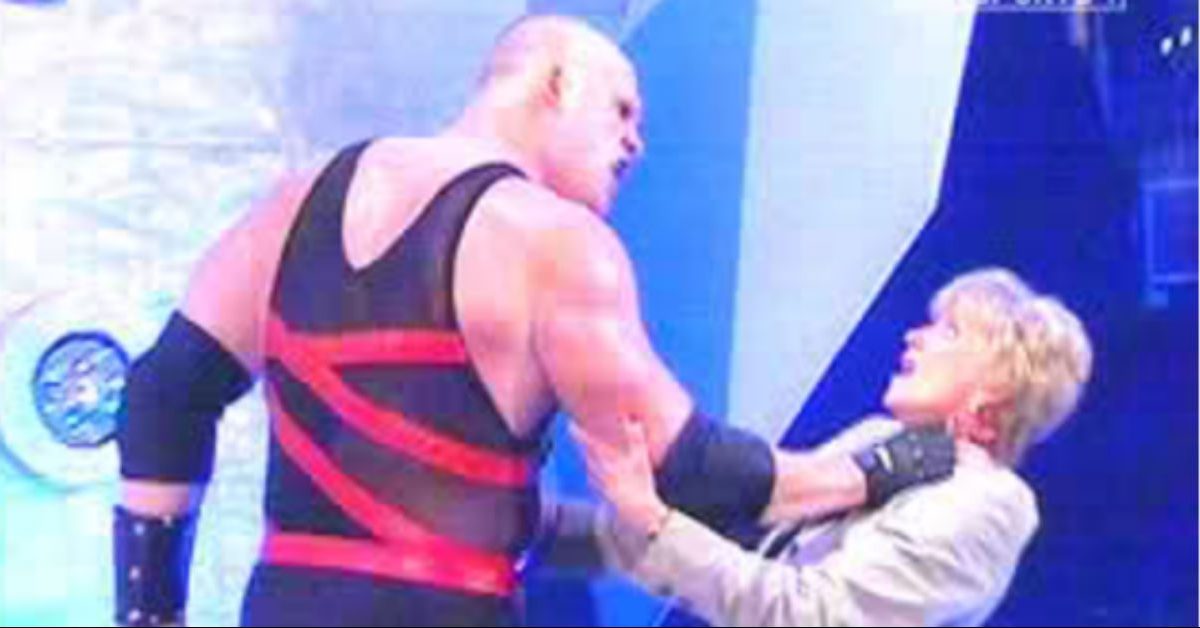 On Tuesday, Linda McMahon was the subject of a Senate confirmation hearing over her role as the Administrator of the Small Business Administration under President Donald Trump. But the questions she was posed were nothing compared to the time she got tombstone piledrivered by Kane.

RELATED: Countdown to the Royal Rumble: Check out some of the biggest fails in Rumble history

The former president and CEO of the WWE, Mrs. McMahon usually functioned in a more behind-the-scenes capacity compared to the rest of the McMahon family, though she did make occasional storyline appearances.

For the past several years, the McMahon matriarch’s focus has been on politics, getting appointed to the Connecticut State Board of Education in 2009 and running two failed U.S. Senate campaigns in 2010 and 2012 before Trump gave her the SBA nod. But her imprint on the wrestling entertainment business will always be remembered. Even Sen. Tim Scott (R-SC) couldn’t hold back his fandom.

Questioned @Linda_McMahon in @SmallBizCmte this morning on access to capital & workforce skills. Complete with Triple H and NWA reference. pic.twitter.com/mMeEXB18ja

Sure, politics is no picnic, but after withstanding a tombstone piledriver from the Big Red Monster, everything else is just a piece of cake.