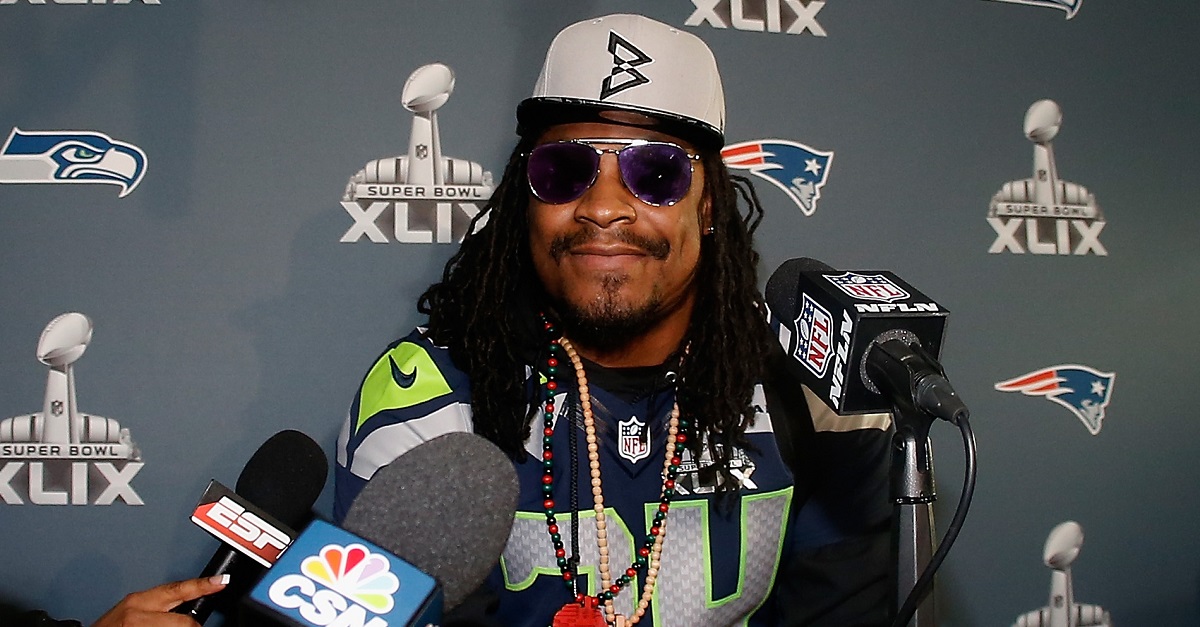 After rumors emerged that Marshawn Lynch was seeking an NFL comeback, a new report adds that the former NFL All-Pro has asked for his Seattle Seahawks release. If that’s true he’s expected to target his hometown Oakland Raiders:

Lynch did not play in the NFL during the 2016 season and he was greatly missed. The dynamic running back is a perpetual source of entertainment for fans (and media) while being a monster with the ball in his hands. And after a year-long hiatus from the Seahawks, it appears that Lynch could be getting back into the league via a move that would land him with the Raiders.

Raiders strongly considering acquiring RB Marshawn Lynch, either through trade or by his release, sources tell @JosinaAnderson and me.

Later, Schefter and Josina Anderson joined forces on a published report that illustrates the reasoning behind the interest on Lynch’s side, as well as Oakland’s desire to add a dynamic ball-carrier.

“Lynch also must ultimately decide whether to resume his NFL career, an idea he has considered, according to sources. Playing for his hometown team would be an incentive and could influence a final decision.

The Raiders clearly have interest, and it’s not just in Lynch, after losing Latavius Murray to Minnesota during free agency. Free agent Adrian Peterson also remains a possibility for Oakland, sources told ESPN, as the running back likes their playoff potential.”

As noted above, the Raiders would need Seattle to either release or trade Lynch, simply because the organization still holds Lynch’s NFL rights. In the same breath, it is hard to imagine a situation in which the Seahawks would fully block such a move given that the team has seemingly moved on with the addition of Eddie Lacy, and Lynch going “home” to play football would be a lot of fun.

Lynch will turn 31 years old in April and that isn’t exactly young for a running back, but “Beast Mode” could be returning to a football field and that is just fine.

In nine seasons, Lynch carried the ball more than 2,000 times for over 9,000 yards. He scored 74 touchdowns while averaging 4.3 yards per carry.