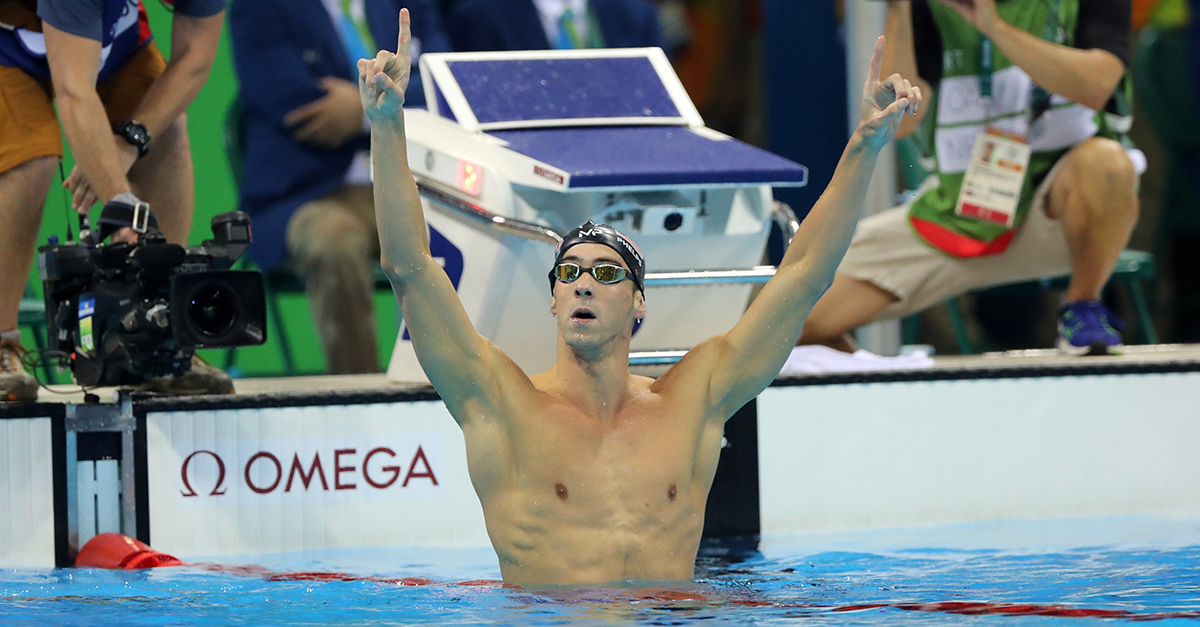 Update: Shortly after this story was published, Michael Phelps claimed his 21st Olympic gold medal in the 4×200 relay. This brings Phelps’ grand total to 25 overall medals!

Just in case anyone was wondering if Michael Phelps has still got it, the champion swimmer just won another gold medal at the 2016 Olympics in Rio de Janeiro, Brazil — bringing his grand total to a historic 20 Olympic gold medals.

Phelps didn’t have the lead from the start of the men’s 200m butterfly race, but powered through thanks to a fantastic final turn that helped push him into a first place lead. As soon as the race was over, Phelps looked extremely pleased to have come out on top. Perhaps this had something to do with the fact that he defeated Chad le Clos, an Olympic swimmer from South Africa. Phelps and le Clos’ rivalry has played out in the public eye for almost two years now and this race felt like a culmination of sorts.

Twitter users were quick to comment on the rivalry in the aftermath of this race, which ultimately ended in victory for Phelps.

Phelps le clos'd the door on that rivalry…if you know what I'm saying.

That Phelps/Le Clos rivalry was big enough that 20th gold medal became a footnote for the story.

15 seconds of the Phelps vs. le Clos rivalry was enough to get me HEATED and now I'm yelling at the tv

Michael Phelps proved once again that he’s the greatest swimmer in the world, so much so that even the team USA basketball team was squealing with excitement. Just look at Kevin Durant’s face, he’s positively giddy!

Find someone who will support you like @KDTrey5 and @deandrejordan6 support @MichaelPhelps. pic.twitter.com/xdCt8E4Ty8

It looks like baby Boomer didn’t make it through his daddy’s race, but we’re sure that he and mom are so proud.

Michael Phelps now has a total of 24 overall medals, an Olympic record. Congratulations on the well-deserved victory!