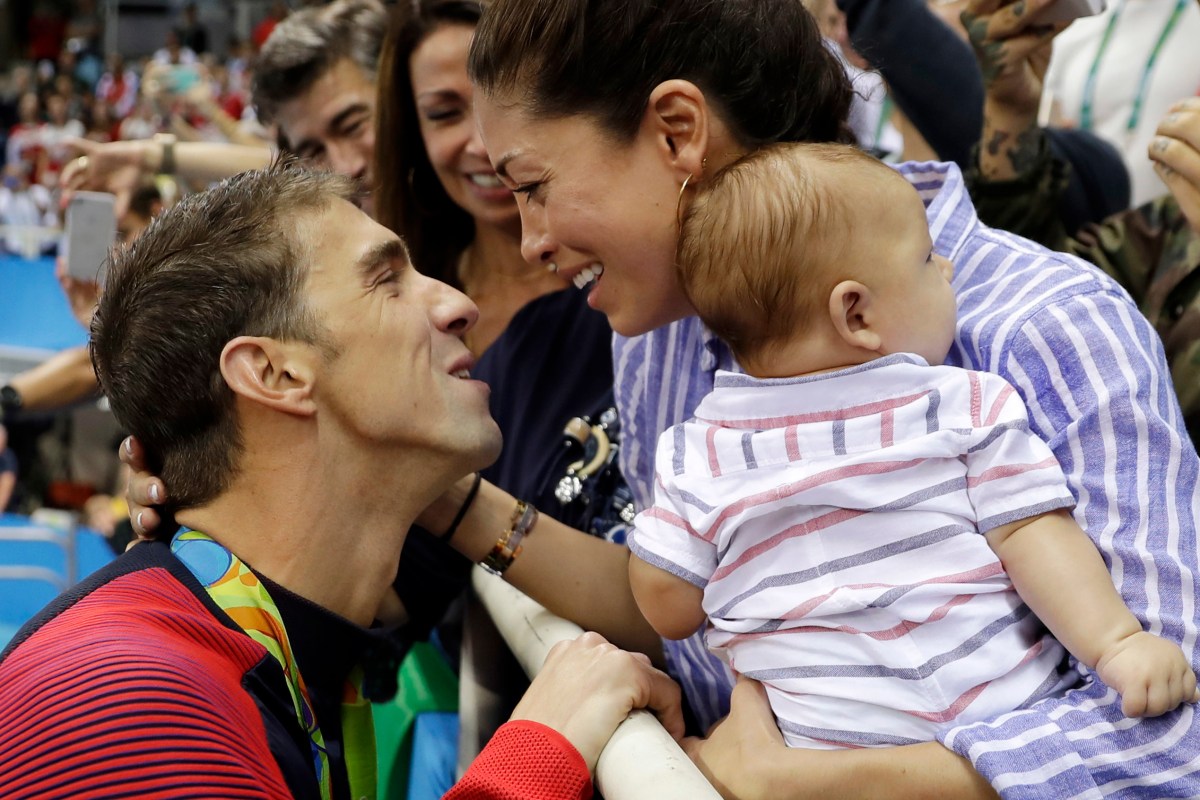 During an interview with NBC Sports’ Michelle Tafoya on Aug. 10, Michael Phelps got emotional talking about the special moment he shared with his son, Boomer after his 200m butterfly victory.

Phelps didn?t have the lead from the start of the men?s 200m butterfly race, but powered through thanks to a fantastic final turn that helped push him into a first place lead. As soon as the race was over, Phelps looked extremely pleased to have come out on top. Especially since he beat his longtime rival, Chad le Clos, who edged him out for the Olympic gold medal at the London summer Olympics in 2012.

It was a victorious moment for Phelps, one that was followed by another amazing win in the 4×200 relay. The moment was perhaps only bested by the beautiful moment Phelps shared with his son last night. After the medal ceremony, Phelps made his way over to his fiance, Nicole Johnson and held their tiny, adorable son in his arms — gold medal in tow. It was a sweet moment that was clearly emotional for everyone involved, so much so that Phelps welled up discussing those precious minutes the next day.

“When you had a chance to go up there and kiss your son, what did that do for you?” Tafoya asked Phelps during an on-camera interview. “You’re gonna bring tears to my eyes,” replied Phelps.

“I wanted to be with him more,” Phelps continued. “So, being able to share that one moment that I had with him was definitely something very special and I look forward to seeing more and more photos of that.”

We’re sure Boomer is extremely proud of his dad!