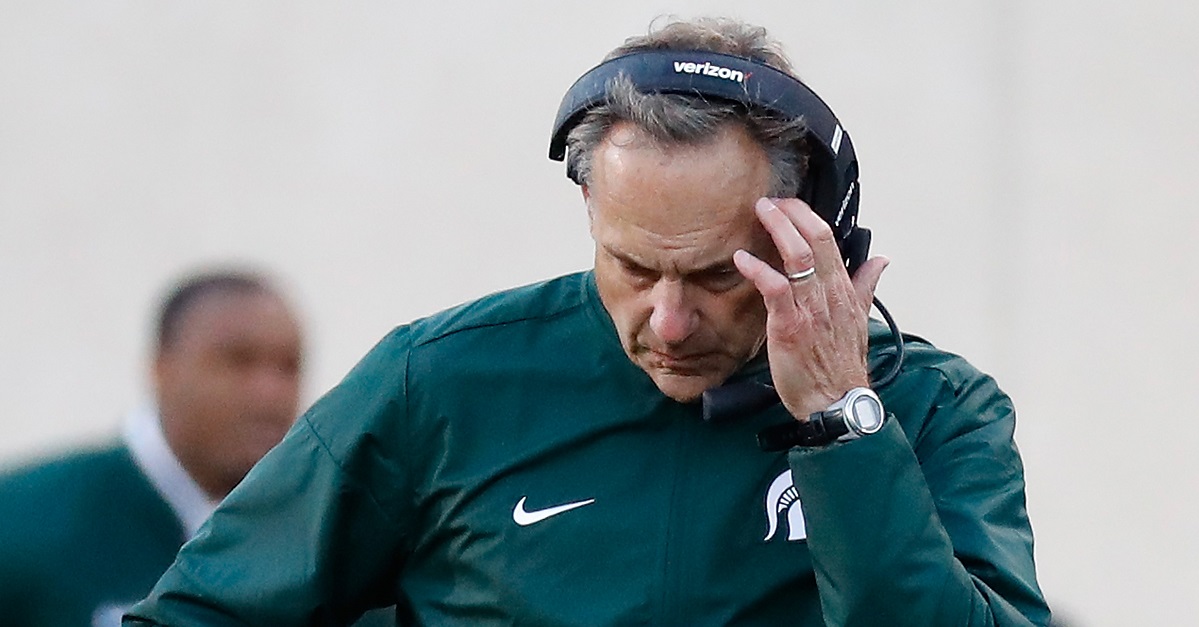 A season after making the College Football Playoffs, Michigan State is 2-5. Before halftime of Saturday’s loss to Maryland, the Spartans attempted quite possibly the worst fake field goal attempt of the season.

If you look closely, MSU was actually pretty close to breaking this one.*

*nope this made no sense at all pic.twitter.com/Wumc7pbSat

Michigan State deserved to lose for that attempt alone. Facing a relatively makeable 45-yard attempt, Dantonio opted instead to run a fake instead of testing his kicker’s leg.

The schedule doesn’t get any easier from here on out for the Spartans as they host rival Michigan on Saturday.

At least we get to watch the ending to last year’s game over and over again leading up to his weekend.