Olympic swimmer Jimmy Feigen is sharing his side of the Rio scandal, and all signs point to a shakedown 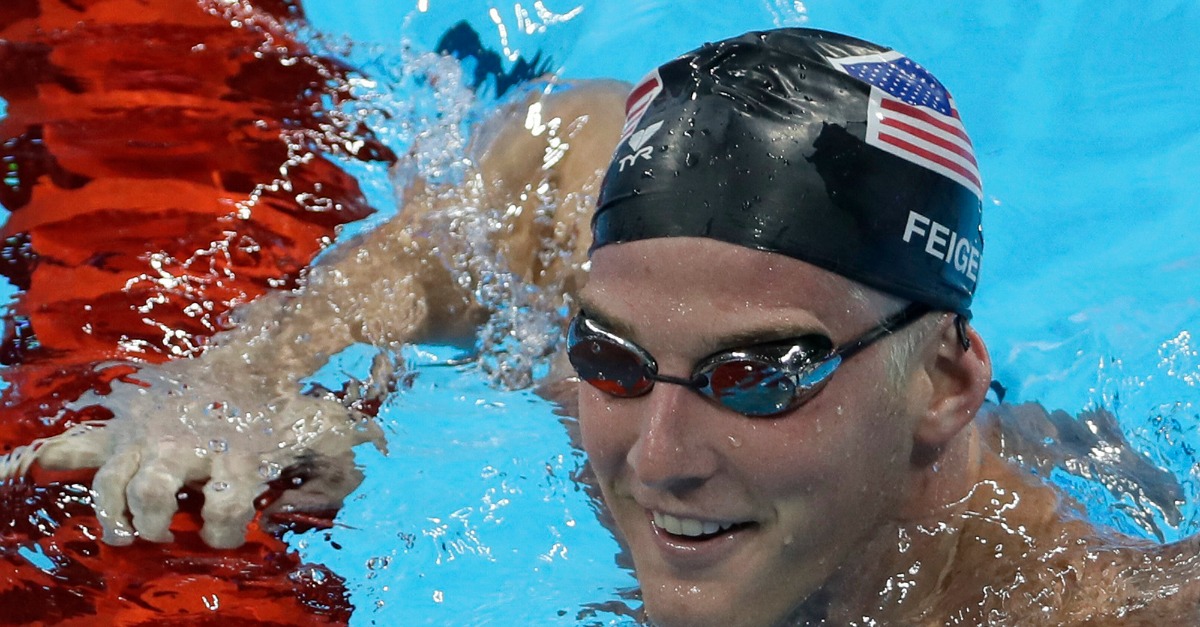 The last of the four Team USA swimmers caught up in an Olympic scandal is speaking out. Jimmy Feigen says he was interviewed by police many times after the Rio de Janeiro gas station dispute on Aug. 14.

RELATED: As soon as Ryan Lochte?s teammate got back to the U.S., he gave a statement that made Lochte look foolish

That incident made headlines when teammate Ryan Lochte told the press the group was stopped while in a taxi and robbed at gunpoint by men pretending to be police officers. Feigen released a statement Tuesday detailing what happened in the aftermath of that incident, which Lochte has since admitted he exaggerated.

?We pulled over to a gas station to use the bathroom but the door was locked,? Feigen said in a statement released by his lawyer. ?We did not force entry into the bathroom, nor did we ever enter the bathroom. We did, however, make the regrettable decision to urinate in the grass behind the building.?

He later admitted the teammates relieved themselves outside the gas station because the bathroom was locked, a detail he initially did not reveal to police.

?On our way back to the cab, Ryan Lochte pulled a poster in a metal frame off a wall,? Feigen added ?I got back into the cab and waited for the others. One of my teammates told me that a man with a gun was standing outside the cab. The man with the gun spoke with the cab driver, who got out of the cab. We then got out of the cab and I paid the driver the fare. As I walked away, the man with the gun pointed it at me and my teammates and ordered us, in Portuguese, to sit. This was the first time I have ever had a gun pointed at me and I was terrified.?

Feigen said he was later presented with two options by Brazilian prosecutors — either wait about a month while police investigate, or pay a fine to be able to leave the country.

Prosecutors wanted more than $31,000 to return his passport. Feigen?s lawyers tried to counter that price, but prosecutors upped the fine to $46,875, according to USA Today.

Ultimately, Feigen was able to get the amount lowered and donated to a Brazilian charity.

?Finally, all parties agreed to a $10,800.00 fine,? Feigen said. ?I was able to contact my family in the United States along with my American attorneys and we were able to satisfy the payment of the fine the next day. My passport was returned to me after payment was received, and I was able to return home.?

Some on Twitter think Brazilian officials tried to pull a shakedown on Feigen in the wake of the scandal.

Feigen had to pay $11k to leave Brazil. That's what I call a shakedown. Seems absurd for the smallest of crimes. https://t.co/uQiweIkRpP

Now that Lochte has fessed up, he needs to pay the $11K shakedown, I mean fine, that Feigen paid. #BrazilianJusticeIsAJoke

ok so the money Feigen paid was to get his passport back? ok Brazil, that smells a little like extortion.

So this pretty much seems like extortion, no? https://t.co/ERyYaVagDz

No matter their faults the Rio demand for payment wreaks of extortion. Jimmy Feigen issues statement https://t.co/BrEPISDMrO via

RELATED: A report claims that Rio police are as full of it as Ryan Lochte

Meanwhile, there are reports the Brazilian police have not been transparent about the investigation, and the reported damage to the gas station?s restroom caused by the swimmers is now in question.