One of the top scorers in college basketball history has been arrested in connection with a terrible, violent incident 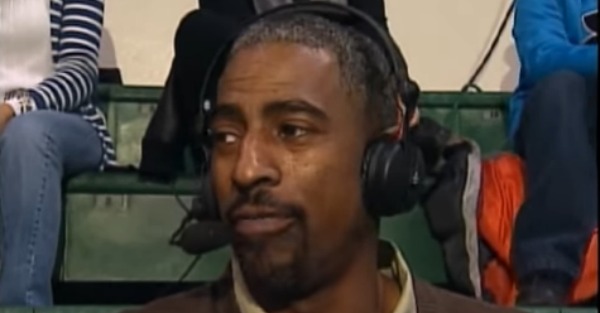 Terrance Bailey, a college basketball player so skilled he led the nation in scoring one year and ranks among the top scorers all-time in Division 1 basketball, has been arrested in connection with an alleged assault on his girlfriend, the Trentonian News reported.

The news reported that there was a warrant out for Bailey’s arrest, based his girlfriend’s statement that the former basketball player grabbed her by the torat and shoved her to the ground in their home in Trenton, New Jersey. Bailey was arrested Thursday in connection with a simple assault allegation. If convicted, the News reported he faces six-months in jail and a $1.,000 fine.

In 1985-86, Bailey led all NCAA division one scorers with a 29.4 points per game average at Wagner College, and was the Northwast Conference Player of the Year. He finished his college career with 2,951 points, which , according to NCAA data, ranks among the top 40 players all-time. During his heyday, he played against the best in the country, like here, when he went up against further long time NBA player, coach and now analyst Mark Jackson:

Long after his player days, Bailey was still revered, and was the first member inducted into the NEC conference Hall of Fame.

The 6-foot-2 guard was drafted by the Atlanta Hawks in 1987, but never played for them or in the NBA. Today, he works for the Trenton Water Works department as a laborer.