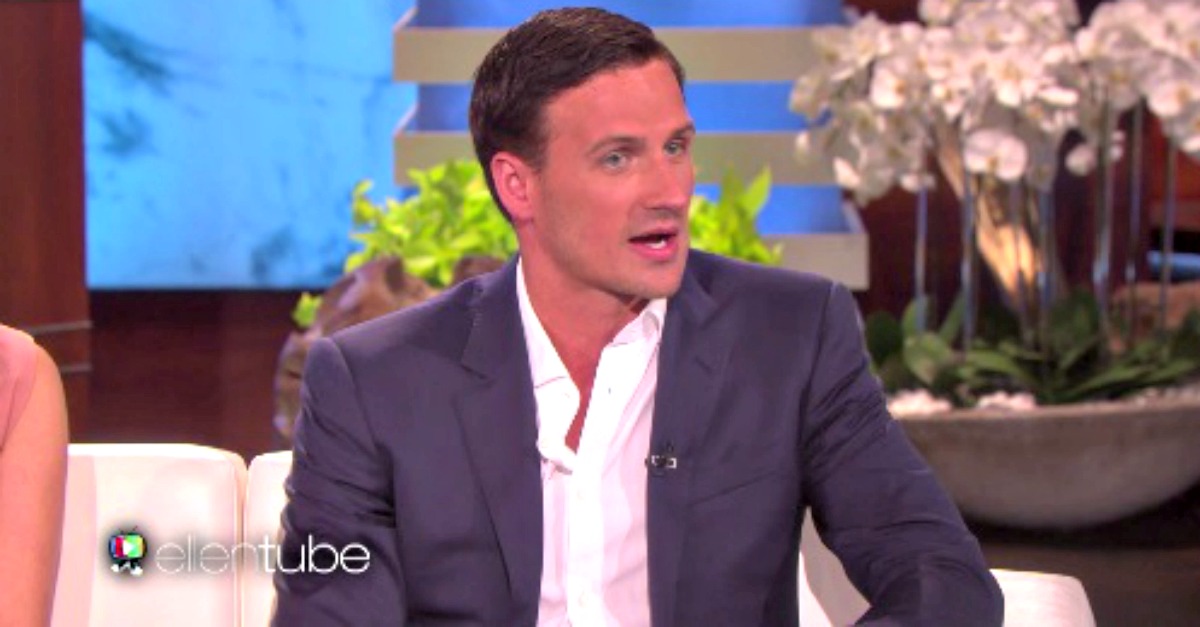 Ryan Lochte is opening up about the suspension that will keep him from competing in the pool. Thursday, officials announced the Olympic swimmer will be banned from the sport for 10 months.

RELATED: Ryan Lochte has finally spoken out about the scandal that rocked the Olympics

Lochte taped an appearance on ?The Ellen DeGeneres Show,? which will air Monday, Sept. 12. He told DeGeneres that he?s been swimming his entire life and has never taken a break. ?For someone telling me that I can’t do something I’ve been doing my entire life […] it’s heartbreaking and it stinks,” he continued.

“But there is so much more I want accomplish in the sport of swimming so I do know that I’m still going to be training and when I do come back I’m going to definitely be a better swimmer and a better person,” Lochte said.

He appeared on the show alongside his ?Dancing with the Stars? partner, Cheryl Burke. Lochte said he decided to ?get out there? and do the show, rather than hiding following his incident in Rio de Janeiro, Brazil.

Lochte was suspended after lying to Rio authorities about being held at gunpoint during a night out while he was there for the Olympics. It was later determined that outing involved Lochte and several of his swimming teammates vandalizing a gas station, though the exact details are still sketchy. USA Swimming and the United States Olympic Committee also banned Lochte from the 2017 National Championship.

In addition to the ban, Lochte is also losing $100,000 in bonuses. He?s forced to forfeit the money which went along with his gold medal from the Rio games. He won?t receive monthly funding from the Olympic Committee nor USA Swimming. Lochte will also miss out on Team USA?s visit to the White House and he?ll have to perform 20 hours of community service.

RELATED: Now that reports indicate Ryan Lochte lied about being robbed, will he be dragged the way Gabby Douglas was?

The other swimmers who were on the drunken night out with Lochte in Rio –Gunnar Bentz, Jack Conger and Jimmy Feigen– were given four month suspensions. They’ll miss the White House trip, too.