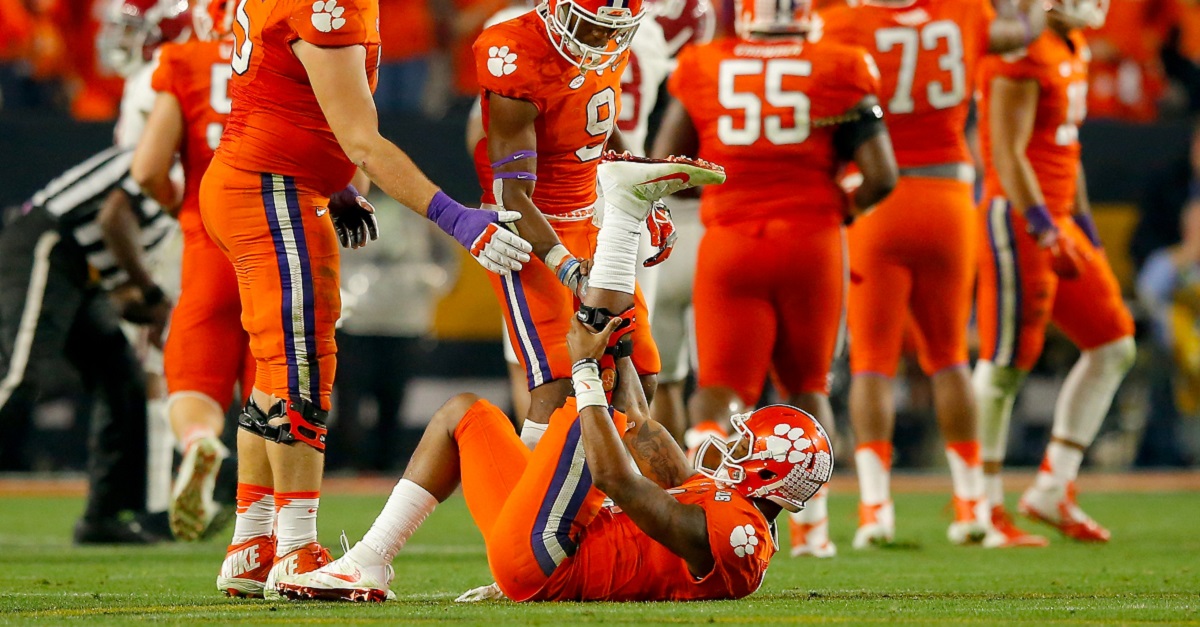 Kevin C. Cox/Getty Images
GLENDALE, AZ - JANUARY 11: Deshaun Watson #4 of the Clemson Tigers lies on the turf in the third quarter against the Alabama Crimson Tide during the 2016 College Football Playoff National Championship Game at University of Phoenix Stadium on January 11, 2016 in Glendale, Arizona. (Photo by Kevin C. Cox/Getty Images)

It’s become quite the trend for top football players and potential first-round NFL Draft picks to take out on insurance on their bodies. LSU’s Leonard Fournette has a couple policies to protect against any career-ending injuries and loss of draft value because of injuries.

RELATED: You won’t believe how much these two Fournette insurance policies are worth

Guys like Marcus Mariota and Jameis Winston also had similar insurance plans that would be paid out by the school should an injury have occurred. Fortunately, neither of those guys had to use it, but it doesn’t hurt to be safe. This year’s top quarterback prospect in Deshaun Watson has decided to take precautions as well.

RELATED: Oregon CB gets $3 million for not getting drafted in first two rounds

Watson did tear an ACL at the end of 2014 so there is some injury history, but has looked fine since then and even came back from the rehab early last year. He led the Clemson Tigers to the College Football Playoffs and championship game where they lost 45-40 to Alabama.