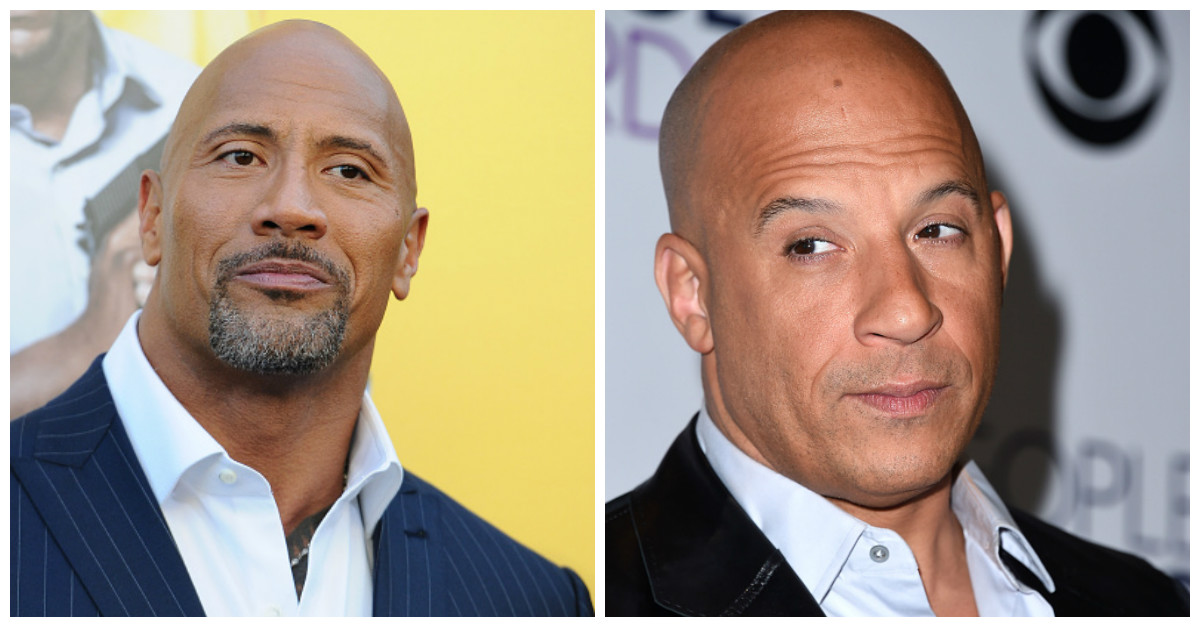 Okay, so can we talk about all the man-drama on the “Fast and Furious 8” set?

In case you missed it, The Rock posted a nasty rant to Facebook earlier this week and completely called out his male co-stars. He didn’t name names, but it was pretty scathing.

“Some conduct themselves as stand up men and true professionals, while others don?t. The ones that don?t are too chicken shit to do anything about it anyway. Candy asses.?

According to TMZ, Vin Diesel had a secret meeting on set with The Rock in order to “hash things out.”

Apparently, the two beefy co-stars didn’t get along during production, mostly because Diesel is a producer and some of his decisions didn’t impress The Rock. The tension between the men was reportedly so thick, it was nearly impossible to shoot scenes. And nothing was resolved.

Diesel reportedly left the set after filming his final scene. The Rock will remain on set until Thursday.

Diesel isn’t the only co-star who’s pissed at the former wrestling champion.

E! News reports that Tyrese posted, then deleted a video of The Rock singing “Happy Birthday” to his daughter.

“…why are you guys so impressionable? A man wouldn’t be singing from his heart and soul to another mans little angel if he had a problem with her dad,” Tyrese began the post. “Does any of us know why bro decided to jump out there with his post? No…Would one assume that IF he’s going to jump out there and generalize and say ‘Male Co-Stars’ he would be more clear and call out names??? Of course he should of?Let me calm you guys all the way down…I don’t know WHO he has a problem and I don’t have any details of WHAT those problems are?as a matter of fact if I DID know I would tell you shit!!!!”

Despite the out-of-character rant, Tyrese wrote that he still has respect for The Rock.

“think Dewayne aka DJ happens to be one of the most humble, down to earth and professional people I’ve ever worked with and more importantly he’s my brother we have NEVER had a problem and will never have a problem…WE are good over here….As a cast we’re ALL married dammit!!!”

It’s probably safe to say that Tyrese wasn’t the subject of The Rock’s social media meltdown.