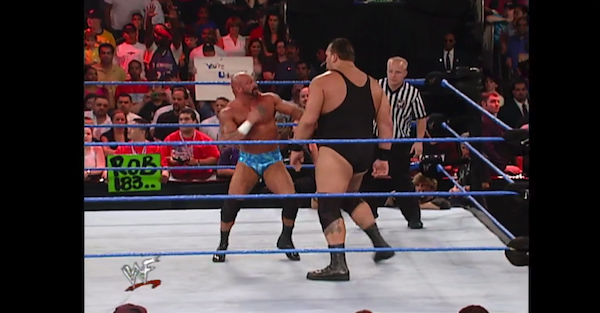 Former WWF, WCW and ECW standout Perry Saturn has fallen on hard times, and according to a recent Facebook post, needs help more than ever.

While dealing with a “serious traumatic brain injury,” Saturn and his wife have been unable to pay their bills and will be homeless in the next “week or two,” according to the former wrestler.

Here’s the transcription, via Uproxx

?Hey guys, it?s Perry Saturn. I haven?t spoke to anybody in a while. I?ve been dealing with health issues, I?m sick, and now I?ve got a really bad flu ? That?s it, guys, you?ve [gotten] to see me fall to the bottom. I?m done. [In] a week or two, I will be homeless. I have nothing left. I don?t know what I?m going to do. I?m just gonna struggle, and I don?t want to be homeless. I?m scared, I?m terrified. I don?t know where my next meal?s gonna come from. I know I?ve asked so much from everybody, but if you could please just help me and give to my GoFundMe account. I?m sorry. I don?t know what to do.?

The devastating news comes after Saturn shared a note in October detailing the troubles he was going through:

It's been a long time since my last tweet. I've been dealing with health issues. I have T.B.I. from all the concussions from wrestling.

Unfortunately I'm rapidly being overwhelmed by my health issues. So I'm asking for help from anyone who can. Please go to my Go Fund Me Page

Here’s the details from his GoFundMe page:

“Perry Saturn is known the world over as one of the best sports entertainers of the 20th and 21st century. He?s been a part of ECW, WCW and the WWE.

That kind of entertainment over a 25 year career has taken a significant toll. Perry is dealing with a grade ?serious? traumatic brain injury, which causes the following problems:

Perry is in a position to get good medical care, but he?s strapped financially. He can?t work and his wife Lisa is a full time caregiver, essentially. They live within driving distance of his care but they need money to pay living expenses, medical bills, and to arrange reliable transportation that can make it through the winter.

These are wonderful people who have hit hard times. If you can help, please do. If Perry has entertained you, please give a little back.”

Saturn retired from wrestling in 2004 after he reportedly stopped a rape incident and was shot multiple times in the neck and shoulder, per Today’s Knockut.

According to the story, during Saturn’s recovery, he became addicted to Meth and ended up homeless.

For his good, we can only hope he doesn’t end up on the streets again.

Here’s a few of Saturn’s highlights during his WWE run: