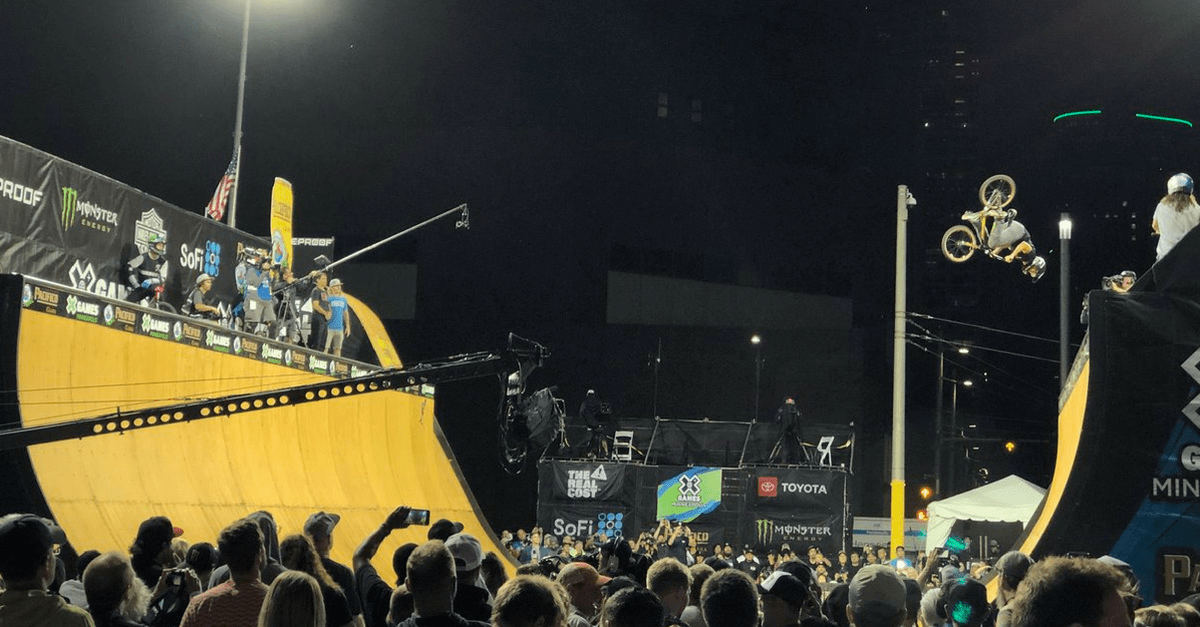 Every year, the X Games bring together the world of extreme sports to showcase the best athletes in every discipline. Usually, it’s the youth of the sport that makes the X Games exciting, and keeps bringing new talent into the realm. This year, X Games 2018 in Minneapolis is making history after the first day for another reason.

The oldest athlete in this year’s games did something that people have his age can’t do, and people his own age would not attempt on their best day. At 51 years old, Dennis McCoy became the oldest rider to land a 900 at the X Games.

For those unfamiliar, that’s two-and-a-half rotations (900 degrees) on a bicycle. Take a peak at the magnitude of the first 900 landed on a skateboard by Tony Hawk.

McCoy has been competing in the X Games since 1995. He’s entered 32 BMX events, winning his only gold medal at X Games 1998 in BMX Vert Doubles alongside Dave Mirra.

On Thursday night, the BMX legend did this:

Age is not a factor for McCoy, though.

The X Games have rebooted its brand, now putting on multiple competitions all around the world every year. In 2018, the winter events have already taken place in Aspen and Norway. With Minneapolis this weekend, the last X Games of the season will be in Sydney, Australia from October 19-21.

Catch the rest of the high-flying events this weekend on ESPN and ABC.