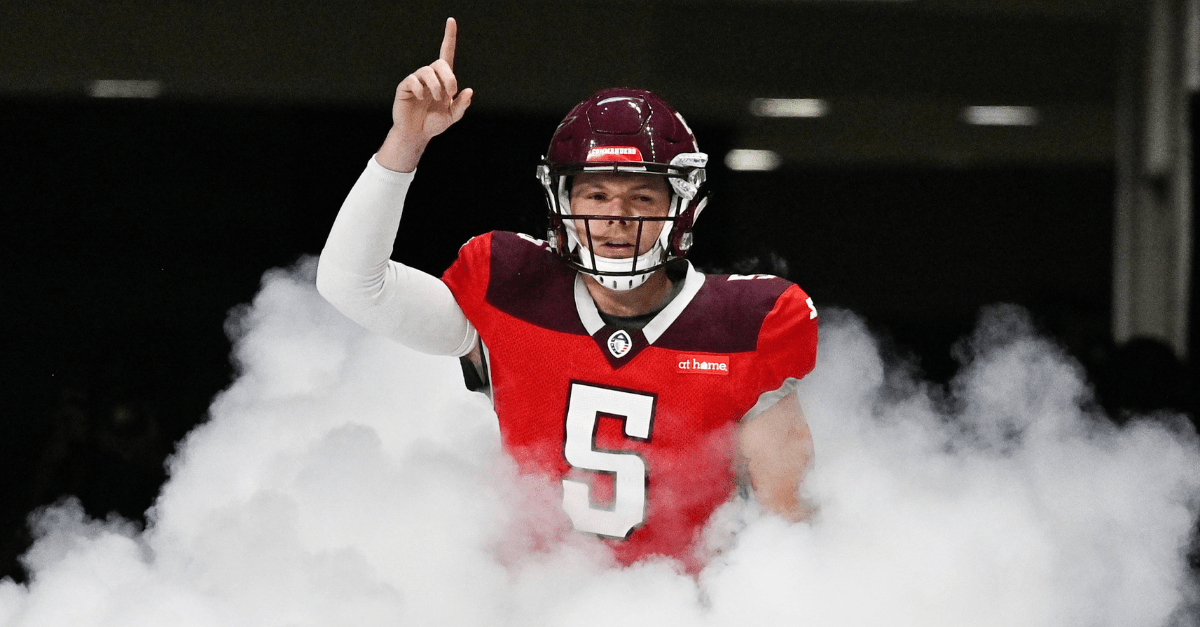 The Alliance of American Football originally scheduled the league’s inaugural Alliance Championship game for a grand showing at Sam Boyd Stadium in Las Vegas, Nevada. The AAF is a resounding success considering the league came into existence just one year before it’s opening weekend. Alliance CEO Charlie Ebersol and Bill Polian, the co-founder and head of football, have built something really special, but maybe they were a bit ambitious in playing the Las Vegas card.

The upstart football league announced that the 2019 AAF championship game will be moved to the Ford Center at The Star in Frisco, about half an hour north of Dallas, Texas. The arena is 510,000-square-foot facility owned by Dallas Cowboys owner Jerry Jones, who has become one of the first NFL owners to champion the AAF’s development and partnerships with the league.

“The Alliance has built a foundation of high-quality football, revolutionary technology and world-class partnerships with the NFL, CBS and Turner Sports. It was only natural that we at the Cowboys organization would want to join that great group of partners. I have always believed that our great game of football could use a league to give players the shot they needed to make it to the NFL, and Bill Polian, Tom Dundon and Charlie Ebersol, have done just that. We are proud to be able to host their inaugural Championship Game.”

The Alliance Championship will pit the Western Conference and Eastern Conference champions against each other, and there’s a huge chance the San Antonio Commanders ? already dominating AAF attendance numbers ? could be playing in the first-ever AAF title game in their home state.

The San Diego Fleet, Salt Lake Stallions and Arizona Hotshots are the three teams closest to Las Vegas, while the remaining four teams ? Memphis, Birmingham, Atlanta, and the league-leading Orlando Apollos ? are located in the Southeast. It makes way more sense for the league’s first championship game to take place in the middle of the country, but Ebersol did not rule out a return to Las Vegas.

“Not only is Las Vegas the home of our investor and world-class partner, MGM Resorts International, Vegas is the undisputed mecca for live events,” Ebersol said. “While we won?t play our championship game in Vegas this year, we will still be offering a one-of-a-kind experience for Alliance fans in Las Vegas during our Championship weekend.”

All fans who purchased tickets to the Las Vegas game will receive full refunds. Tickets for the Alliance Championship in Texas go on sale at AAF.com on March 28 with prices ranging between $15 and $99. The game will be aired on CBS in primetime at 7 p.m. CT.

The 2019 Alliance Championship Game will be held in Texas.

The AAF has built what could be the NFL’s minor league system of the future by hiring elite coaches to develop solid football first, then letting the rest take care of itself. Games are getting better every week, the league’s free, interactive mobile app puts the game right in your hands, and marquee players are proving they still have what it takes to compete in the NFL.

The Alliance Championship is coming to Texas, but maybe that’s where it should’ve been the whole time?