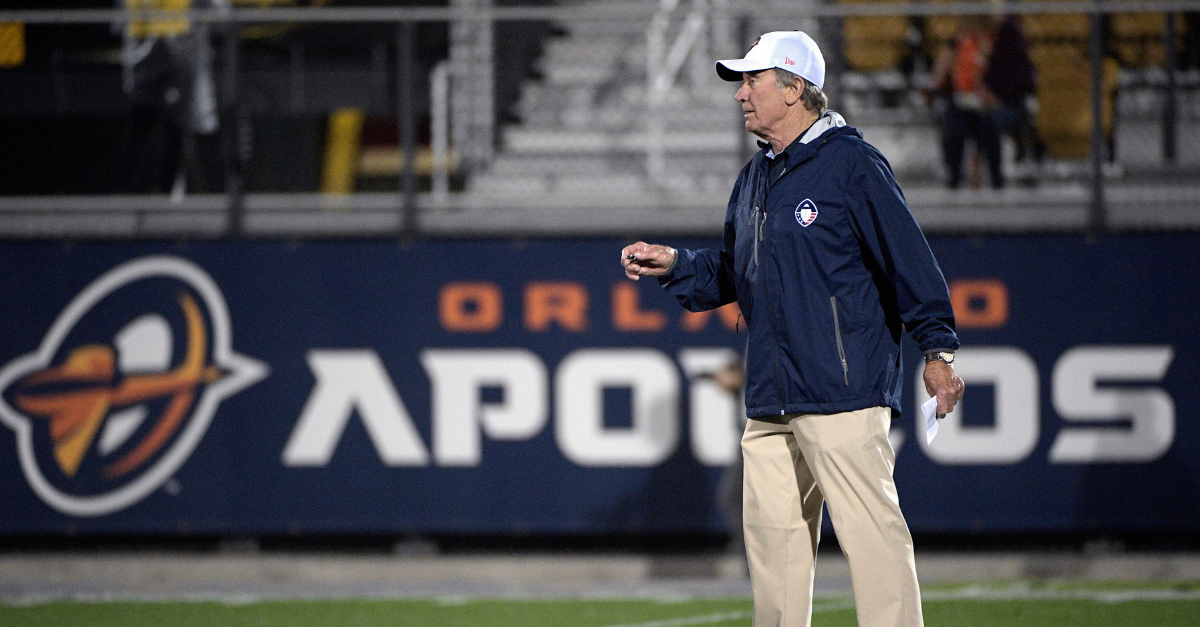 With every day that passes, the Alliance of American Football is cementing itself as the sports world’s new favorite professional league. A band of misfits — 80 percent of whom were in NFL training camps last season — are competing for a legitimate shot back into the National Football League. The AAF received a massive $250 million investment from Carolina Hurricanes owner Tom Dundon at just the right time, but the start-up league is still facing hurdles to protect its professional athletes.

One of the biggest things the AAF does not have yet is league-wide insurance for its players. The NFL, NBA, NHL and MLB all hire independent insurance companies to protect its players because not every U.S. state offers worker’s compensation to pro athletes. One of those is The Sunshine State where the AAF’s Orlando Apollos are finding out that Florida keeps making things weirder.

According to the Orlando Sentinel, the Apollos will practice at a Kingsland, Georgia high school starting at the beginning of March because players do not have injury protections in the state of Florida. Under state law, professional athletes are not considered “employees” in Florida, and therefore cannot file workers comp claims if an injury occurred on the job.

To make this work, the Apollos will move from Orlando to Jacksonville — about two hours by bus — where they’ll live in a hotel and bus 30 minutes across the border into Georgia for practice the remainder of the year. During that time, they’ll come all the way back to Orlando for their home games at UCF’s Spectrum Stadium.

It’s weird. It’s different. It makes no sense. It’s what makes the AAF more about football and less about money and politics, and I wouldn’t have it any other way.

Get your tickets for the Memphis Express game, Feb. 23, 8 p.m. at Spectrum Stadium.

Apollos head coach Steve Spurrier said that his team will spend 36 days practicing in Georgia in order to meet the requirement for coverage under the state’s workers compensation laws — Orlando must practice at least 51 percent of the time this year in The Peach State.

Alliance co-founder and CEO Charlie Ebersol said, “We really need to make sure we take the necessary steps to take care of our players. Our responsibility is always to do what we must do to make sure our players have the best available coverage.”

I’m sure that a couple of bus rides over the border shouldn’t bother the Apollos too much, especially if they keep playing like they have early in the season.

The Alliance Week 2️⃣ Players of the Week! pic.twitter.com/DNrx9CfqFX

Through their first two games, Orlando quarterback Garrett Gilbert — the seventh-overall pick in the AAF Quarterback Draft — is leading the highest-scoring offense in the league with 620 passing yards and has yet to throw in interception in 53 attempts. I’m sure it helps that he won a Super Bowl ring while on the New England Patriots‘ practice squad, too.

Wide receiver Charles Johnson, who played college football at Grand Valley State, has 11 catches and 252 receiving yards, both of which are most in the league. Also, Jalin Marshall (Ohio State) and Chris Thompson (Florida) join Johnson as three of only seven players with at least 100 receiving yards through the AAF’s first two games.

This entire team is built to win the first-ever Alliance Championship on April 27 in Las Vegas as long as they can get there in one piece.