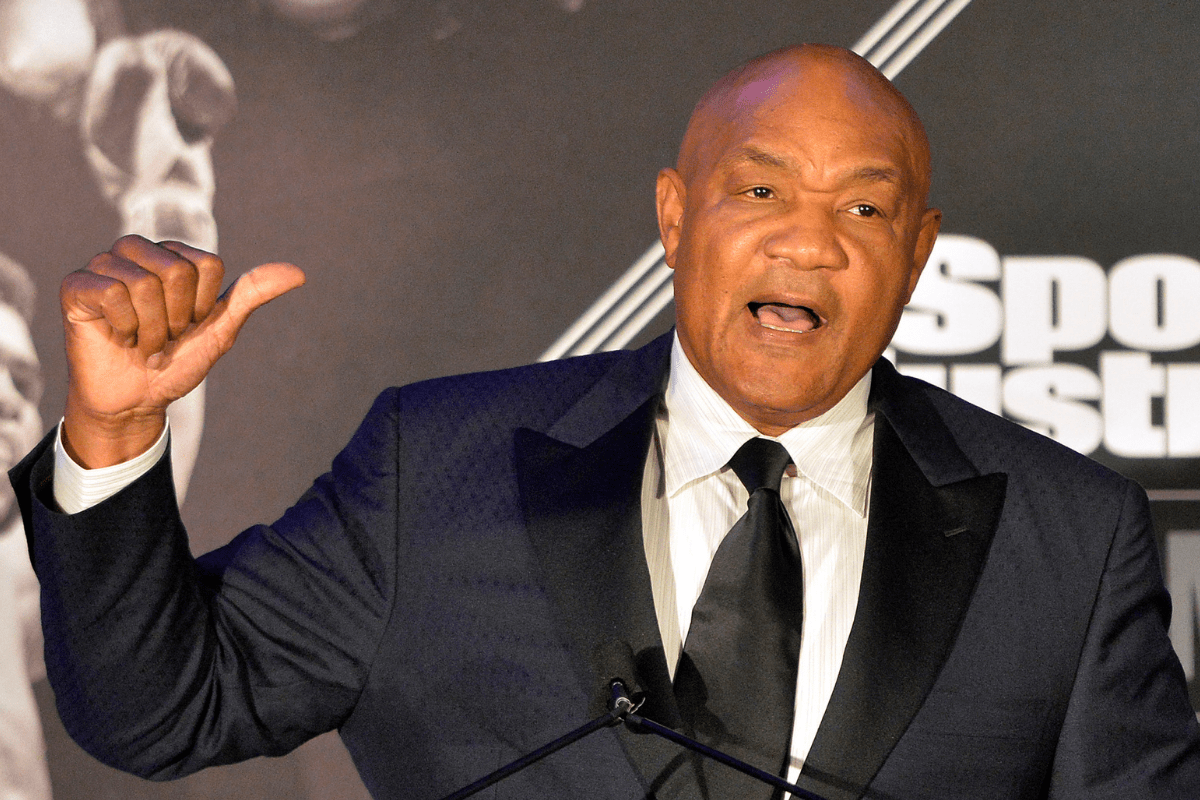 For as talented a heavyweight professional boxer as George Foreman was, the Olympic Gold Medalist is likely best known for his ventures after his boxing career.

Foreman made a ton of money in the ring as a two-time world heavyweight champion, but capitalized on his popularity in retirement and built a vast fortune out of it, too.

So, just how much money did George Foreman haul in throughout his life?

RELATED: Mike Tyson?s Net Worth: How ?Iron Mike? Made (And Lost) Big Bucks

George Edward Foreman came onto the boxing scene in style, winning an Olympic Gold Medal at Mexico City’s 1968 Olympic Games. After rising through the ranks as a professional going undefeated in his first 40 clashes, Foreman truly rose to stardom after stunning world heavyweight champion Joe Frazier with a TKO victory in 1973 to earn the heavyweight title.

Big George would then go on to fight Muhammad Ali to defend his heavyweight championship in 1974 at a bout, which would be known as the “Rumble in the Jungle,” but was knocked out by Ali in Kinshasa, Zaire.

Following his defeat to Ali, as well as a subsequent defeat to Jimmy Young, Foreman retired from boxing in 1977 to become an evangelist and an ordained minister, but returned to the ring a decade later for his comeback to boxing.

In 1994, Foreman knocked out Michael Moorer to capture the IBF and WBA world heavyweight title, but was stripped of the title a year later after refusing a fight. He retired again in 1997 after a defeat to Shannon Briggs with 76 career wins and just five losses.

Foreman was inducted into the International Boxing Hall of Fame in 2003 after his incredible career in the heavyweight division. He is among the richest boxers of all time, ranking alongside the likes of Oscar De La Hoya, Floyd Mayweather, Manny Pacquiao, and Evander Holyfield.

In 1994, Salton Inc. approached Foreman with an endorsement deal to make him the spokesperson and face of their new fat reducing grilling machine. He was reportedly paid $138 million for the right to use his name, and the product had remarkable sales numbers due to their marketing strategy.

Foreman reportedly made 40 percent of the profits from the grill, though he never publicly revealed just how much money he actually pocketed from the deal.

Foreman was born in Marshall, Texas and grew up in Houston. He was raised by J.D. Foreman, who acted as his father figure, though his biological father is actually Leroy Moorehead.

Foreman has married five times throughout his life, and is currently married to Mary Joan Martelly. The couple have been together since 1985 and she is the mother of five of his 12 children.

Prior to settling down with Mary Joan, Foreman was previously married to Adrienna Calhoun, Cynthia Lewis, Sharon Goodson and Andrea Skeete. He had five sons, all named George Edward Foreman, and seven daughters, who go by the names of Natalia, Leola, Freeda, Michi, Georgetta, Isabella and Courtney.

The American former professional boxer has amassed a fortune from his World Boxing Hall of Fame career, as well as his second career as an incredibly successful entrepreneur.

According to Celebrity Net Worth, Foreman boasts an estimated net worth of $200 million.

MORE: Roy Jones Jr.?s Net Worth: How Much Cash Does He Have Today?