It’s Arkansas vs. Oregon State for the National Championship 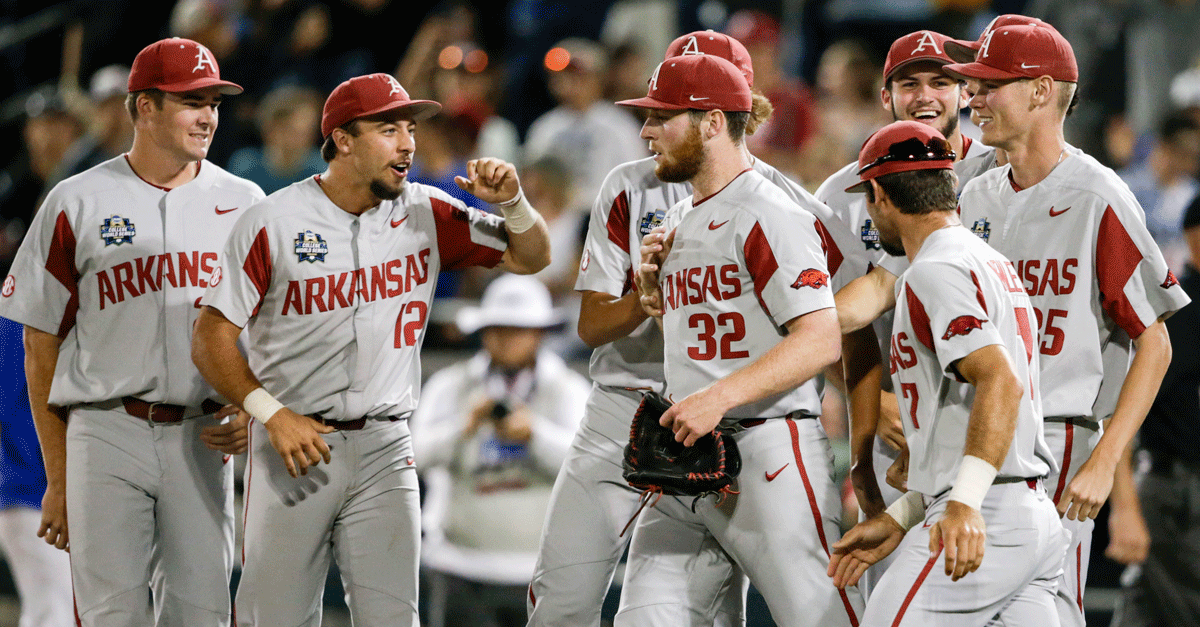 They were two of the favorites heading into the 2018 College World Series, and now Arkansas and Oregon State will face off in a best-of-three series starting tonight in TD Ameritrade Park at 7 p.m. EST on ESPN for the National Championship.

Arkansas (47-19) has yet to lose at the College World Series, cruising through the winner’s bracket, including a defeat of the top-ranked team in SEC foe Florida, on their way to the school’s first berth in the final since 1979. The Razorbacks rank third in the NCAA with 98 home runs, fifth in hits and ninth in runs scored this season. Arkansas high-powered offense is not be out done when All-American right-hander Blaine Knight takes the mound on Monday. Knight ranked second in the nation with 13 victories in his 18 starts this season.

Oregon State (53-11-1) finished the regular season as the No. 2 team in the nation behind Florida, but lost their first game at the College World Series to North Carolina. The Beavers rattled off four-straight wins, including two straight must-win games against Mississippi State to make their school’s first berth in the final since 2007. Pat Casey is in his 24th season as head coach at Oregon State, and hopes to add to the Beavers resume, having won back-to-back NCAA national titles in 2006 and 2007.

"If it helps us win a tournament game, then don't cut it." 📷 @beaverbaseball #NCAAbaseball #CollegeBaseball #Oakley #Nike #OregonStateBaseball

Oregon State’s potent offense boasts multiple MLB draft picks, ranked third in the nation in batting average this season (.323), fourth in runs scored, and has two-time Pac-12 Pitcher of the Year Luke Heimlich on the mound for game one. Heimlich led all of NCAA Division I pitchers with 16 wins this season.

The sounds of metal, composite bats will ring through the Omaha, Nebraska air the next three nights as two top ten teams face off for college baseball’s biggest prize. It’s Arkansas vs Oregon State in the championship series.

Go Hogs!! Love this pic @shaddydaddy245 So Blasted Excited, I cant stand it. @macymarshall and @sydhebert Yell really Loud for LHC🐗❤️. I’ll be looking for you 2 on TV 👊👊 #razorbacks #hogs #arkansasbaseball

* All games will be televised on ESPN