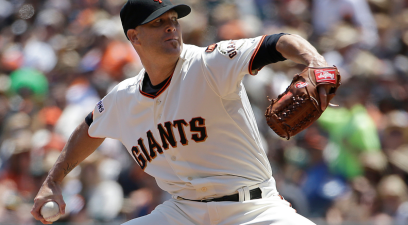 Tim Hudson Devastated Hitters For Years, But Where is He Now? 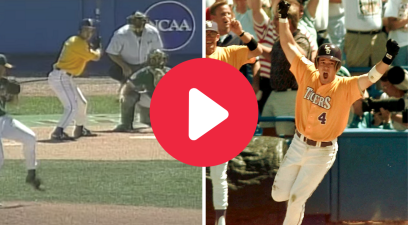 The 22nd-ranked Auburn Tigers softball team, who got off to 3-2  record to start this season, seem to have gotten into a groove after sweeping all six games at the Tiger Invitational during the last weekend in February with victories Troy, Eastern Illinois, Villanova, and North Dakota State. With that sweep, the Lady Tigers improve their record to 13-3 overall on the young season.

The Tigers were lead by senior infielder Casey McCrackin, who batted 7-for-16 with two doubles and six RBIs over the weekend. McCrackin has been a bright spot for the Tigers, evidenced by her incredible on-base streak that spanned 27 straight games dating back to last season that ended on Sunday.

McCrackin is one of the best hitters on this team and has been that way for the last couple of years. Last season, the J.M. Tate High School (FL) product batted .313, hit eight home runs (second on the team) and drove in 29 RBIs, but her most impressive stat is how often she’s on the base paths. In her junior season, she lead Auburn with 35 walks — nine more than any other player — and led the team with a .462 on-base percentage.

To start this season, she’s leading all of Auburn’s starters with a whopping .489 batting average and is tied for the team lead with five home runs through 16 games.

Idk why some people just won’t let her have this. HITTING IS HARD. Doesn’t matter the size of the field, the size of the ball or the if it’s pitched overhand or underhand. Literally, I’ve played both and it’s not easy. This is just a fact & you can’t argue about it! You go girl!! https://t.co/7U3g3UOKh1

Ironically, Casey McCrackin didn’t start out as softball star, in fact she started out playing baseball and was quite good at it as a teenager. But when she started thinking of long term goals, she knew softball was where she could make it.

McCrackin comes from a family of athletes. Her father Randall was a baseball player at the University of South Carolina, which explains her love of the sport as a child.

She was groomed to be a great player and started out as a shortstop, but eventually moved to second base where she has thrived to this day. She’s also thrived in the classroom where she is a three-time Academic All-American entering her senior season.

“She works hard,” Dean said. “She puts in the time. She listens and she makes adjustments. The biggest thing for us is that we’ve been willing and open to making adjustments. She’s a lot stronger than people give her credit for. You can see that in the weight room.”

McCrackin’s leadership, competitiveness and toughness will be needed if Auburn plans to make another run at another SEC title and, hopefully, the Women’s College World Series.