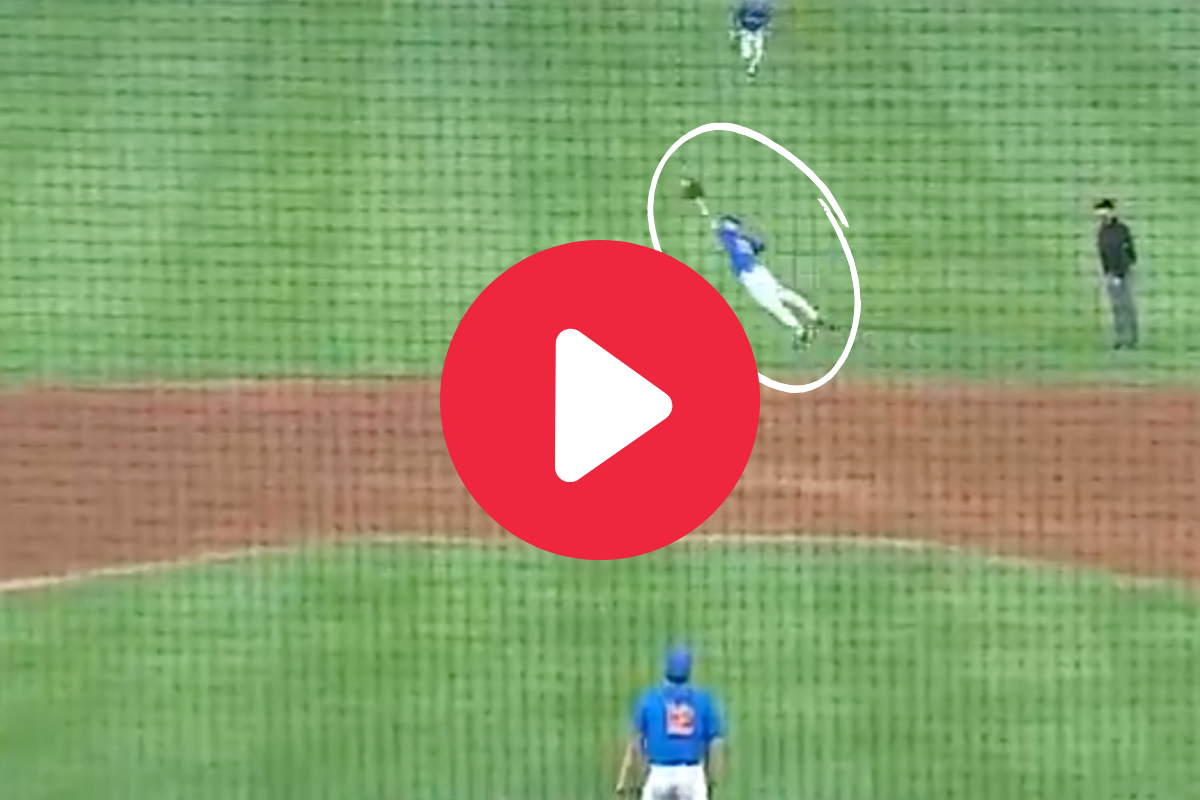 The sophomore second baseman was rated one of the best infielders in the state and in the country coming out of American Heritage High School in Fort Lauderdale, Florida. He probably would’ve been drafted higher than the 39th round of the 2018 MLB Draft by the Detroit Tigers had he not been committed to a powerhouse like the University of Florida.

If plays like the one Acton made against Georgia are any indication, his glove is ready for the big leagues.

Head coach Kevin O’Sullivan’s squad was taking on the Georgia Bulldogs to open a heated rivalry series on Friday night at Florida Ballpark.

The Gators won, 4-3, and the highlight of the night was Acton’s spectacular “Superman” diving catch that left fans wondering how he soared through the air for so long.

UGA catcher Fernando Gonzalez lined a ball up the middle for what looked to be a rally-starting single to lead off the top of the fifth inning.

Acton, who was shaded over slightly toward second base, broke out into full sprint and laid out completely for an acrobatic catch. His teammates loved it. Fans broke out in cheer. Even the announcers couldn’t stop gushing over the catch.

“Hang a star by that player,” one said.

It’s as good of a catch you’ll see from a second baseman. The steps, leap and timing all had to be perfect without any wasted movement. They certainly were.

Acton’s diving catch helped keep the Bulldogs offense relatively silent all night. Georgia was down two runs at the time and only scored one more the rest of the game. The diving play might have extinguished a rally before it ever began.

Florida picked up the series win against their SEC rival and Acton added a terrific catch to his highlight reel.