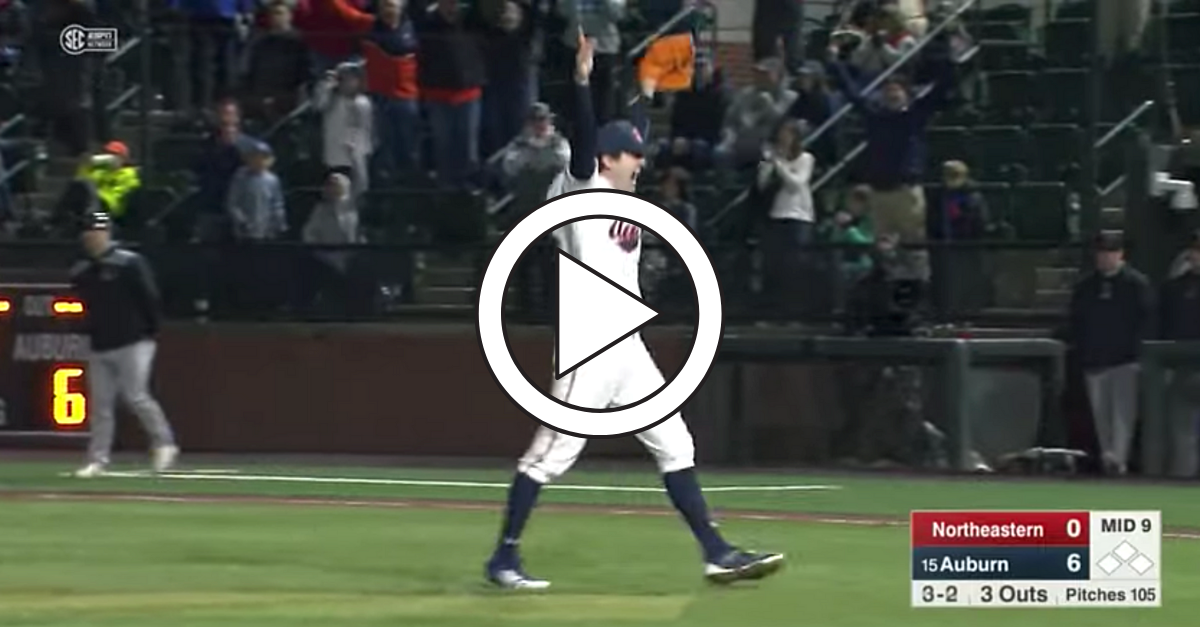 Including Jake Kuchmaner’s masterpiece in 2019, there are 30 perfect games in Division I college baseball history. Considering almost 300 schools play 60 or more games every season, just 30 clean sheets is microscopic. Two of them belong to the Auburn baseball program ? Jason Johnson was perfect in a seven-inning gem in 1991, and Eric Brandon went the full nine innings to beat Murray State in 2002.

On March 9, 2018, Auburn pitcher Casey Mize was one fielding error away from history.

Early in the 2018 campaign, the 15th-ranked Tigers hosted Northeastern at Plainsman Park. Friday’s starting pitcher would be Casey Mize, a junior coming off an All-American sophomore season in which he led the NCAA with a 12.11 strikeout-to-walk ratio. Everyone on The Plains knew 2018 would likely be Mize’s final season as the MLB Draft loomed, but he wasn’t going out without putting on a clinic.

Northeastern had no answers.

The right-hander mowed down 27 of 28 batters he faced ? The only blemish was a throwing error by shortstop Will Holland in the fourth inning. Mize went the distance, striking out a then-career-high 13 batters, allowing no walks and no hits on 105 pitches.

As second baseman Luke Jarvis rolled left and tossed the 27th out to first base, Mize was mobbed on the infield. It was the first no-hitter by a single Auburn pitcher since Eric Brandon’s perfect day 16 years before, and just the ninth in program history.

“It was pretty awesome. I’m still kind of in shock. I realized pretty early on that I had [a no-hitter] going, but I didn’t know I’d actually do it. I’m happy with how everyone played tonight. My defensive did a really good job. Luke Jarvis made some great plays in the four hole. Conor Davis catching that ball in the third inning was a great play. I think in no-hitters, there always seems to be that great play, and Conor’s was a really good play. With Brett Wright behind the plate, we’re connecting really well and I’m thankful for him. He was a wall back there for me, and we have complete trust in each other.”

Mize was lights out that season. He matched his career-high of 13 strikeouts in his next start versus Texas A&M, then topped it by fanning 15 Vanderbilt Commodores in a complete game win later that year. Mize’s 10-6 record and 3.30 ERA made him the second two-time All-American in Auburn Tigers history.

Despite being undrafted coming out of Springville High School in Alabama, Mize was selected as the first overall pick of the 2018 MLB Draft by the Detroit Tigers.

In case there was any doubt about his talent, Mize decided to no-hit the Altoona Curve (Pittsburgh Pirates affiliate) during his Double-A debut in the minor leagues.

It took Mize four starts with Detroit’s Class A Advanced Lakeland squad to get promoted, and he wasted no time making noise with the Erie Seawolves.

Mize plunked the first batter he faced, then shook the nerves and went off. He retired 19-straight Curve batters, issued a two-out walk in the seventh inning, then retired the final seven in order. He struck out seven batters and needed just 98 pitches to complete his incredible debut.

The coronavirus-shortened season allows the Tigers prospect to get some work in on Major League Baseball’s biggest stage, especially with Detroit’s rotation battling the injury bug. Mize has work to do before he becomes an Opening Day starting pitcher for the Tigers, but if history tells us anything, there are big things coming for the Auburn baseball alum.