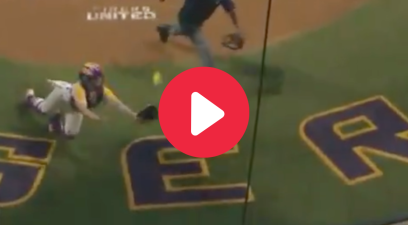 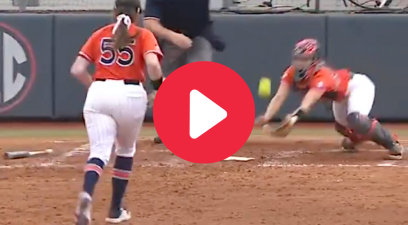 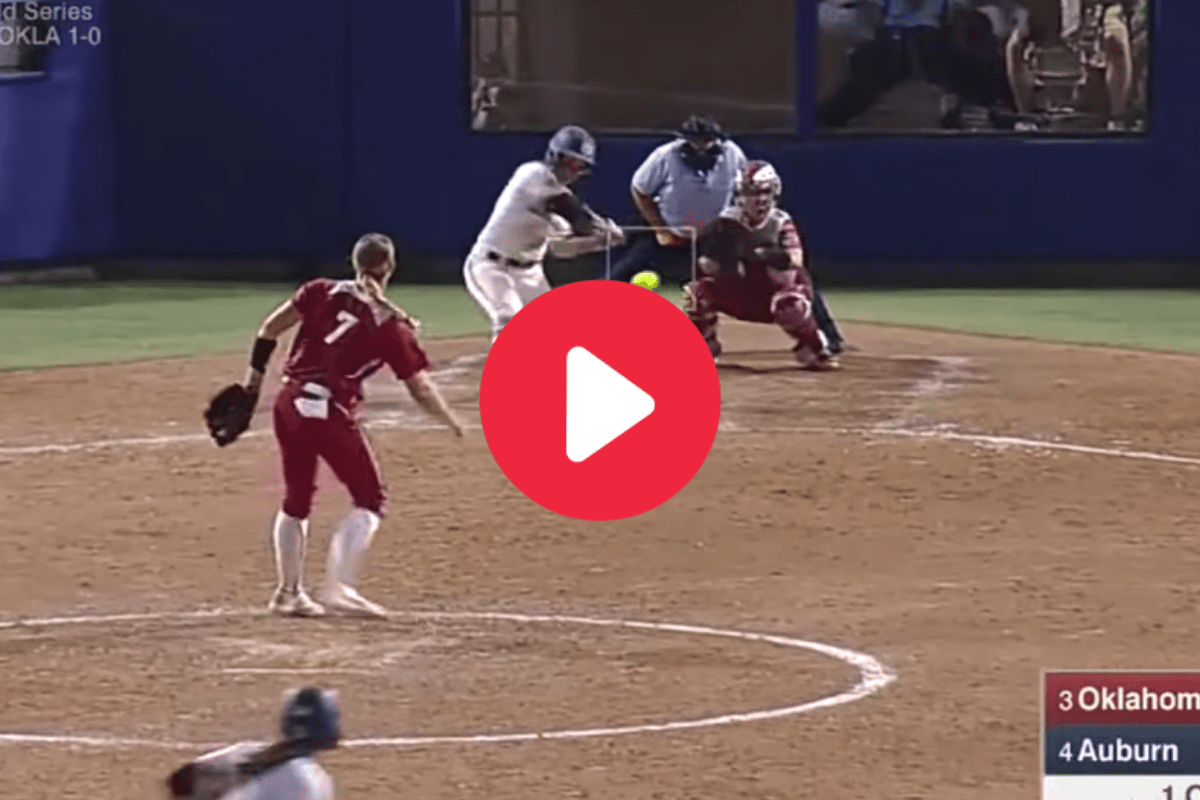 Emily Carosone stepped to the plate with the bases loaded in the bottom of the eighth inning. Tension in a wild Game Two of the 2016 Women’s College World Series reached an all-time high in extra innings, but Carosone and her .402 batting average to that point in the season was cool as a cucumber.

Oklahoma Sooners freshman Jayden Chestnut let her 106th pitch of the night fly. It was the only one the three-time NFCA All-American and two-time SEC Tournament MVP needed.

They ran through the Auburn Regional to begin the NCAA Tournament, then beat Arizona in the Super Regional after losing the first game of a three-game set. With the win, AU headed to the Women’s College World Series for the second time in school history.

They smoked UCLA, 10-3. They needed three runs in the seventh inning to survive Georgia. Morgan Podany’s mad dash home downed Florida State, 8-7, in an eight-inning walk-off that sent Auburn to the championship series.

In Game One, Oklahoma’s Paige Parker — later named the 2016 WCWS Most Outstanding Player — notched her 37th win of the season to beat Auburn, 3-2.

Game Two saw Auburn go down 7-0 in the second inning before a furious five-run response in the bottom half of that same inning shifted momentum. The Tigers tied the game at seven two innings later, but nearly gave it away in the top of the sixth.

That’s when Tiffany Howard robbed what would’ve been a go-ahead, two-run home run. It’s one of the greatest catches in championship history and was nominated for ESPY’s Best Play that year.

THE CATCH | #TBT to @AuburnSoftball's Tiffany Howard's incredible grab at the wall in the 2016 #WCWS final against Oklahoma. pic.twitter.com/hhd9ko0qXB

Oklahoma would win Game Three and the NCAA national championship the following night, thanks to another lights-out performance in the circle by Paige Parker.

Clint Myers coached Auburn from 2014-17. In those four seasons, the Tigers went 205-53-1 with two conference titles, four NCAA Tournament appearances, and two trips to the WCWS.

In my opinion, he should never be remembered for the games he won.

In August 2017, Myers retired from coaching amidst a Title IX investigation that Myers “knowingly let his son Corey Myers have relations and pursue relations with multiple members of the team.”

A report by ESPN’s Outside The Lines details the long history of Myers letting his son “coach” while he was the head coach at Arizona State University. Corey Myers would come and go from the ASU facilities without his father batting an eye, and Myers even allowed his son to coach the team despite not having an official role with the university. (At one point, Corey Myers had a female softball player living with the family at their house.)

ASU officials told ESPN that Myers’ reason for leaving the school was that he wasn’t allowed to hire his son as a full-time assistant coach.

During his time at Auburn, Corey Myers was the team’s associate head coach, yet he continued to engage in “inappropriate behavior with players.” That led to the Title IX complaint filed by former player Alexa Nemeth that chased the family out of town. Nemeth filed a lawsuit against Auburn University and the Myerses in October 2019, alleging sexual discrimination and harassment.

Nemeth claims that Auburn knew of Corey Myers’ past behavior, as well as Clint Myers’ willingness to sweep his grown son’s disgusting behavior under the rug, but the school hired him anyway.

Corey Myers is now head coach of the Chinese National Softball Team with hopes of qualifying for the 2021 Summer Olympics.

This article was originally published on May 14, 2020.