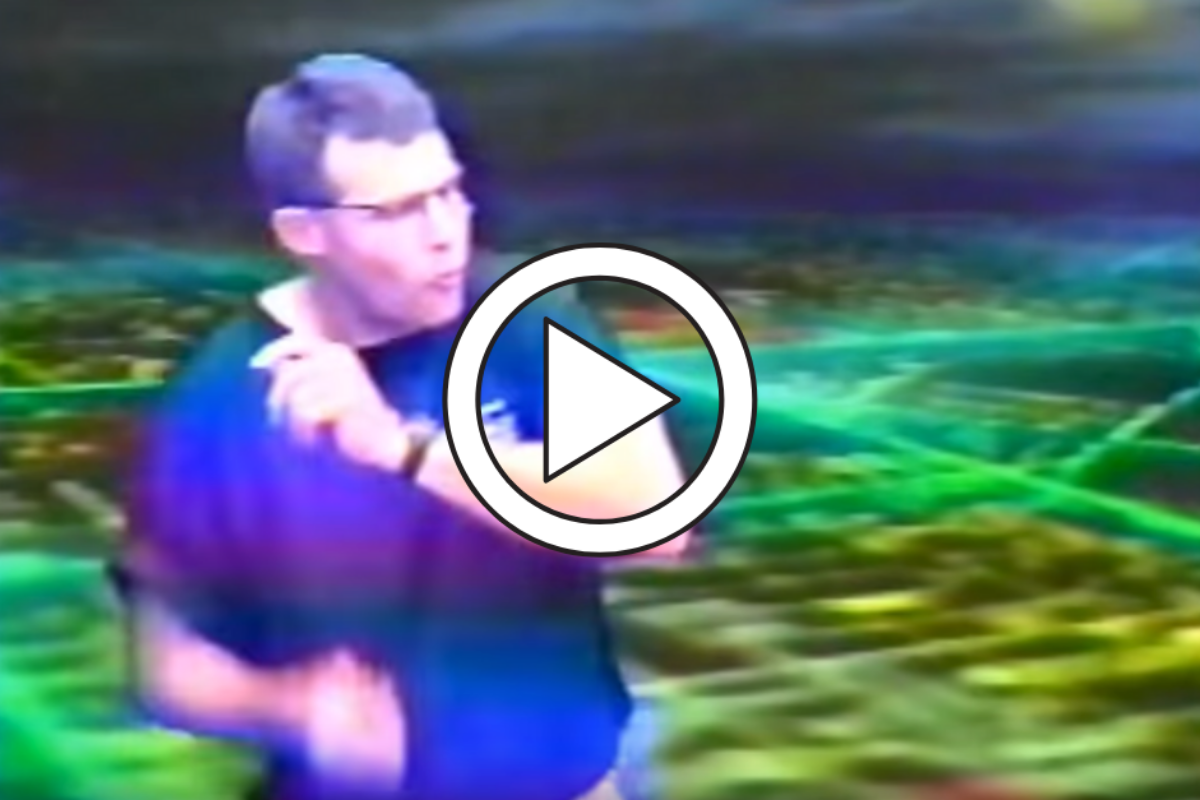 Yes, Auburn Tigers head coach Gus Malzahn is on the hot seat. I know it. You know it. Everyone in Auburn, Alabama knows it. He definitely knows it. The expectation of the Auburn football program is national championship or bust, and with only one title game appearance in seven seasons ? his first year back in 2013 ? it’s now or never for Malzahn to prove he deserves to stay in the powerhouse SEC West division.

But enough about that. Let’s talk about something so much more important, not even Auburn’s season-opening, primetime game against the Oregon Ducks last year or this year’s win over LSU can measure up to it: Gus Malzahn’s dance moves.

The video of Gus Malzahn, which surfaced in 2014 thanks to YouTube user Remington Myers and his 2001 Springdale High School Highlights DVD (Can I get a copy?), is a perfect late-1990s, stop-motion video mixed with a once-in-a-lifetime display of every “dad move” in the book.

Set to the 1990 classic “U Can’t Touch This,” MC Hammer invaded Malzahn’s body as he busts out the fake guitar, moves into a not-even-close attempt at breakdancing, and hits the all-time classic “Hey I’m walking here!” with the grace of a thousand elephants. Then, with his white socks-white New Balance shoe combo, out comes “The Lasso.”

It was at that moment I realized Gus Malzahn deserves induction into the “Dad Hall of Fame.”

Gus Malzahn Dances to “U Can’t Touch This”

“We were at Six Flags with the family, with my dad and girls. We kept walking by this lip-sync booth, and they kept messing with me ? I didn’t want to do it ? and finally I had enough, and so I went ahead and did it. So I kept it, and when I was coaching high school football [at Shiloh Christian High School in Arkansas], at the end of the year, I’d always bring my seniors over and I’d show it to them so they knew I’m a real person.

“Yeah, that was pretty ugly.”

Unless they make a legitimate run at the College Football Playoff, Auburn University may need a brand new head football coach after 2020. But there will never be another Gus Malzahn, and if you found yourself criticizing him and calling for his head in the past, I hope this family video gives you clarity that he, just like all of us, is another guy who takes on embarrassing moments during family vacations just to put a smile on his daughters’ faces.

This article was originally published July 25, 2019. It’s aging like a fine wine.