College GameDay Headed to Auburn vs. Oregon: Everything You Need to Know 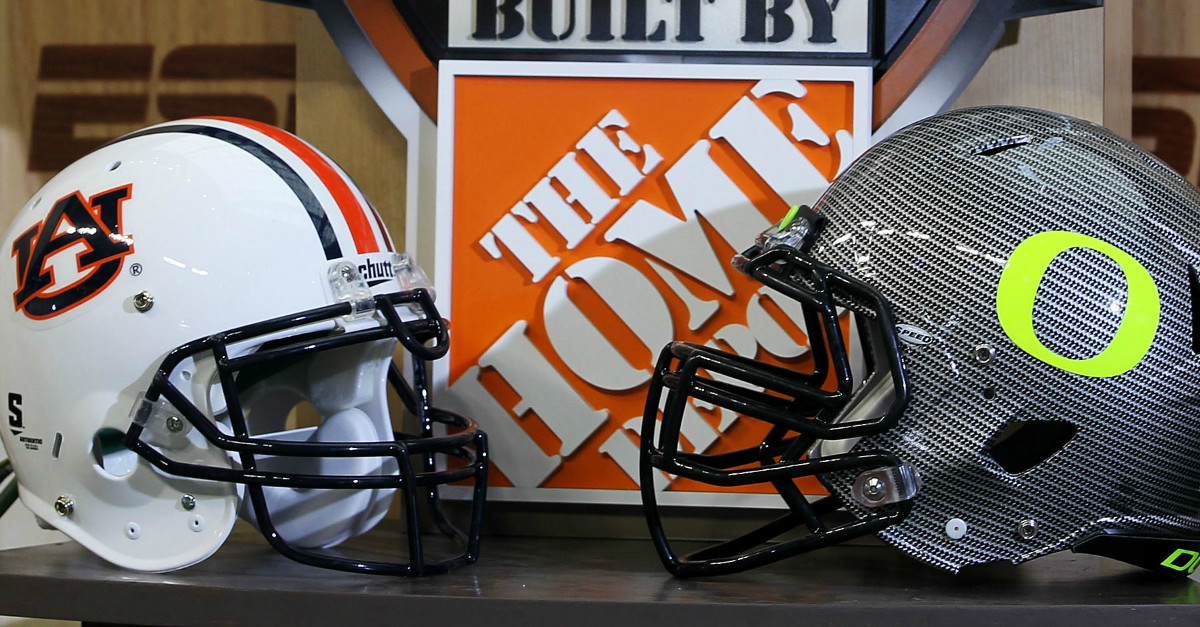 The 2019 Advocare Classic pits two teams that are always in the preseason national title conversation, but neither has reached the season’s final game the last few years. But here’s some exciting news: Since 2010, the winner of this kickoff game finished the year ranked no lower than No. 12 in the final AP Top 25.

To say that the Auburn Tigers vs. Oregon Ducks matchup means a lot is an understatement, but the stakes of ABC’s first night game of the season just got even bigger.

Where is College GameDay Week 1?

Get ready, Texas. ESPN’s College GameDay is heading for AT&T Stadium in Dallas to kick off the 150th season of college football with Auburn vs. Oregon.

No disrespect to FOX’s brand new crew, but College GameDay is the only place I’ll start my football Saturdays in the fall. The crew of Rece Davis, Kirk Herbstreit, Desmond Howard, David Pollack, Maria Taylor, and the ageless-wonder Coach Lee Corso are back again, and they’ve got an incredible game right in their laps to start the college football season.

On one side, Auburn will feature a new starting quarterback after Jarrett Stidham left for the NFL. Led by running back Kam Martin, who was named to Doak Walker Award Watch List, this offense figures to look a lot different from last year. On defense, well, good luck slowing down three potential first-round NFL Draft picks along the defensive line. Marlon Davidson, Nick Coe, and Derrick Brown are the real deal, and they’ll be wreaking havoc from the opening whistle.

On the other side, Mario Cristobal’s built a legitimate contender out in the Pac-12. Led by quarterback Justin Herbert ? my dark-horse to win the Heisman Trophy ? the Ducks won nine games last season, signed the nation’s No. 1 recruit in 240-pound defensive end Kayvon Thibodeaux this year, and are trending towards, potentially, a conference title and shot at making the College Football Playoff National Championship Game.

Need more sauce for those nuggets? These two teams have only met once before. That was the 2011 BCS National Championship when Cam Newton and Auburn defeated Oregon, 22-19.

Two years ago, Jim Harbaugh and No. 11 Michigan knocked off No. 17 Florida. Last year, No. 25 LSU ran No. 8 Miami out of the building. Next year, Alabama and USC will meet in this game.

For now, though, the focus is on a massive SEC vs. Pac-12 showdown to kickoff the regular season.

Get your wild signs ready, folks. College football is just around the corner, the dominos are starting to fall, and ESPN College GameDay’s first location is going to be an absolute blast.

This article was originally published July 18, 2019.

READ MORE: 15 College Football Games You Have to Watch in 2019