There can't be a better job than being world famous for talking about college football and traveling to some of the best stadiums and atmospheres for the biggest games of the year.

Kirk Herbstreit is best known for doing just that, and he's made a killing throughout his career as an American sports analyst. As one of the faces of ESPN College GameDay and a voice of college football games, it's no wonder the 52-year-old makes a load of money.

Herbstreit's full name is Kirk Edward Herbstreit, and he was born on August 19, 1969 in Centerville, Ohio. He was talented football player from a young age, even earning the Ohio Gatorade Player of the Year as the quarterback for Centerville High School. He was also a talented baseball player, but he decided to follow in his father's footsteps in multiple ways. 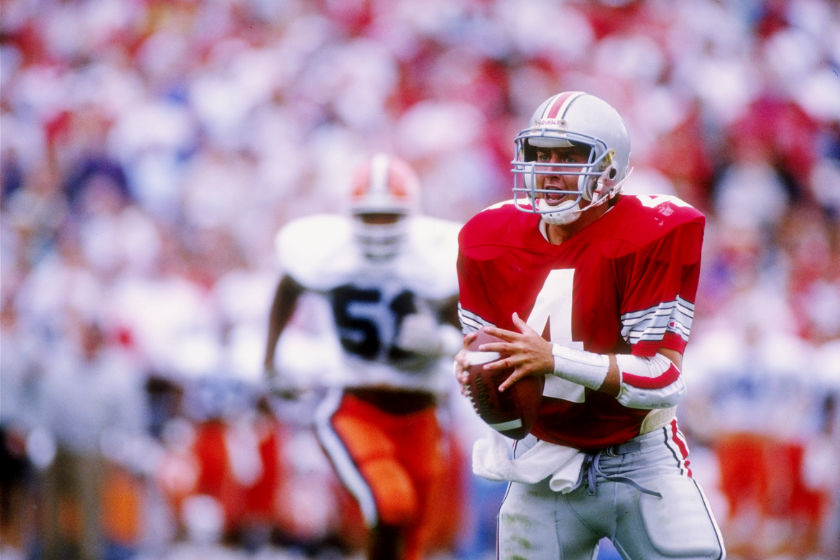 Herbstreit's father, Jim Herbstreit, was a co-captain on the 1960 Ohio State Buckeyes team and later an assistant coach under Woody Hayes. So it made sense for young Kirk to follow in his father's path and become a Buckeye after his great high school career.

Although he didn't play in his first few seasons with the football team, he did get playing time during his junior year, finishing with 485 passing yards, one touchdown and three interceptions.

Entering his senior year in 1992, Herbstreit was named the starting quarterback and a team captain by head coach John Cooper. He led the Ohio State football team to an 8-3-1 record by completing 58.7 percent of his passes for 1,904 yards with four touchdowns and six interceptions. He was voted team MVP, too. 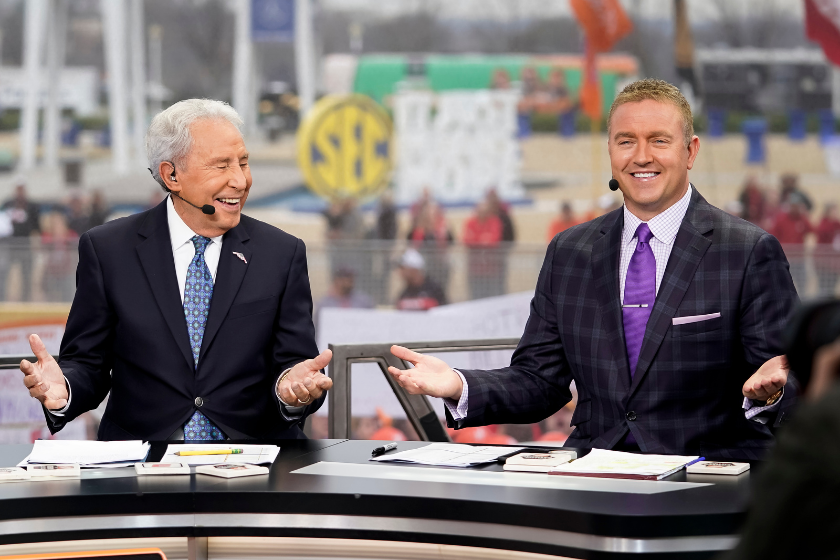 After graduating from Ohio State University in 1993 with a degree in business administration, Herbstreit chose not to pursue a career in the NFL and instead launched his career as a college football analyst.

Herbstreit began as a sideline reporter for ESPN back in 1995, before taking up the big chair on ESPN's College GameDay -- the top college football program on Saturday mornings -- alongside Chris Fowler and Lee Corso. The show now features Corso, Rece Davis and Desmond Howard, among many other analysts and former players.

He's also served as one of the main voices of college football commentating over the years. He was the voice of ESPN's Thursday night games before moving to ABC as their main color commentator.

Herbstreit also lent his voice to the EA Sports' NCAA Football video games, which he voiced his support for bringing back in recent years. He got his wish in 2021 when EA Sports announced the series will be returning in 2023. 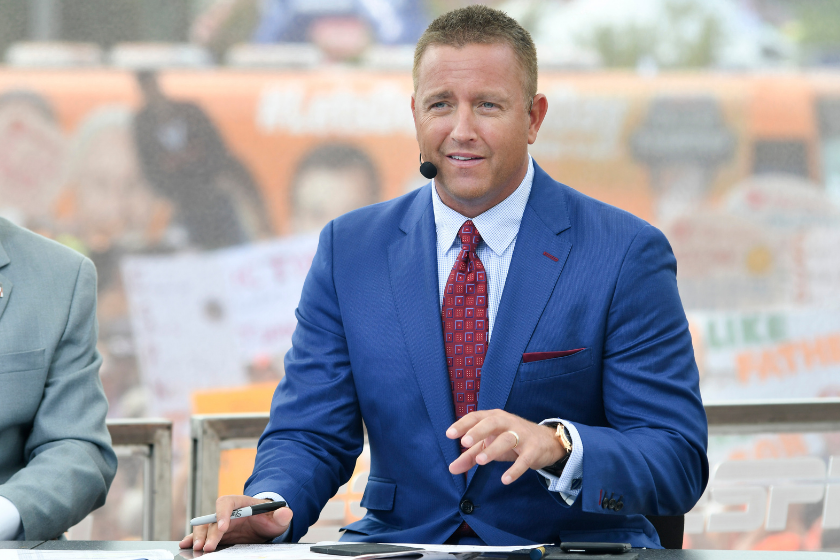 He's also written several articles for ESPN.com and ESPN The Magazine. Additionally, he hosted a radio show for 97.1 The Fan in Columbus, as well as appearing on various podcasts for ESPN.

In 2019, the sports commentator won his fourth Sports Emmy Award for Outstanding Studio Analyst, tying him for the most in ESPN history with Dick Schaap.

GameDay is a family thing ?@KirkHerbstreit talks about what it means to see his sons Tye and Jake play for @ClemsonFB. pic.twitter.com/sPQUHU3IBy

Kirk Herbstreit met his future wife, Allison Butler, while she was a cheerleader at Ohio State. They married in 1998 and now have four children, all boys. Tye and Jake Herbstreit (twins who play football at Clemson), Zak Herbstreit, and Chase Herbstreit. Kirk even had some of them on set with him on College GameDay over the years as they have grown up.

Herbstreit now lives in the Nashville, Tennessee area. He reportedly left Ohio in 2011 due to his issues with the fans of his alma mater after he was critical of the program during a broadcast. 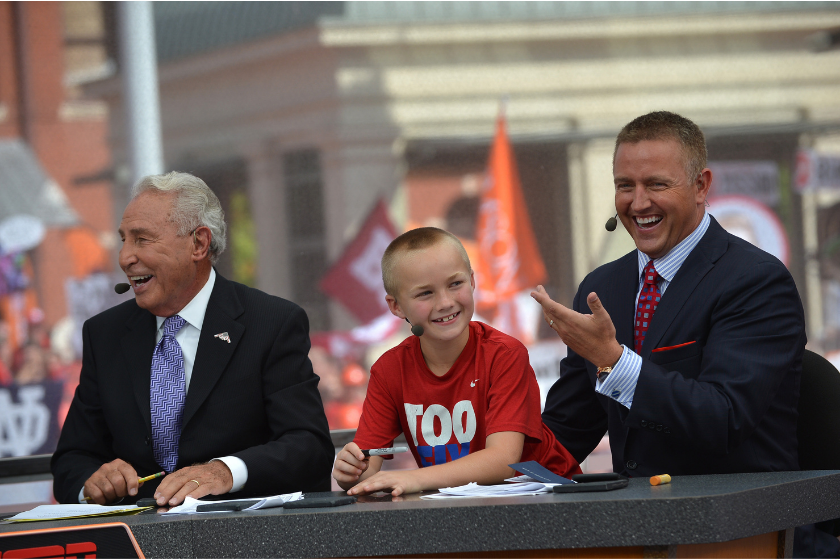 Continuing his illustrious career, Kirk Herbstreit is signed by ESPN through 2022. His reported annual salary is around $2 million and Celebrity Net Worth estimates Kirk Herbstreit's net worth around $5 million.

With how much he is traveling across the United States and does from his time on GameDay to commentating games for ESPN and ABC Sports on Saturday night, Herbstreit is definitely living up to the amount of money he makes.

This article was originally published May 23, 2019.

MORE: Rece Davis & His Wife Are a House Divided Every Iron Bowl