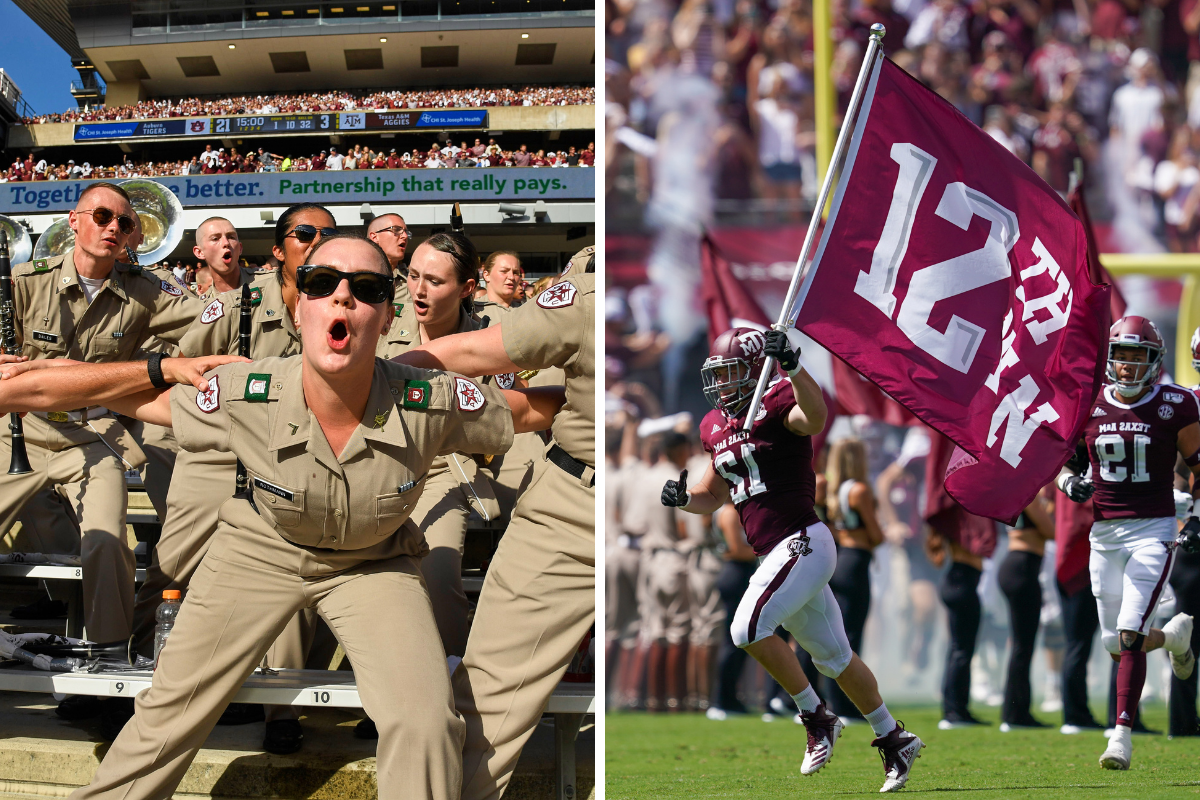 What do the greatest college football stadiums all have in common? They should be loud enough to register on any nearby seismographs. The stands should be as packed as a Chipotle burrito. If you ask me, there should also be a tad of history involved.

Step inside any of the NCAA’s most iconic stadiums and you’ll fall in love with the atmosphere. It’s like a drug, and it keeps you coming back for more. College football fans may be partial to their teams, but one thing is for sure: attending a college football game is unlike any experience in sports.

Compiling the best stadium atmospheres in college football is an incredibly tough task. There’s just so many to choose from. That’s why we polled our FanBuzz readers on Facebook to find out which stadium really deserves the No. 1 spot and which ones are overrated. We tallied up comments and reactions to to determine our list, and the results may or may not surprise you.

From the Pacific Ocean in California to the Rocky Mountains of Colorado to the Swamp in Gainesville, Florida, here are the 17 best stadium atmospheres in college football.

With 17 total votes, Oregon’s Autzen Stadium just barely makes the list. It doesn’t nearly hold the number of fans some other stadiums does, but at least they do an awesome rendition of The Isley Brothers’ “Shout” every home game.

Virginia Tech is home to college football’s most electric entrance, as the fans go bonkers to Metallica’s “Enter Sandman,” so it’s no surprise it garnered 27 votes.

I’ve never been, and I’m not sure my ears are ready for the cowbells. But that must be a big reason Davis Wade Stadium racked up 28 votes. Just wait until they have another quarterback of Dak Prescott’s caliber.

Kinnick Stadium is home to one of college football’s most heartwarming traditions, the “Iowa Wave.” That alone would be enough for me to come back every Saturday and vote for it here. Thirty-three people did, too.

I still get chills when I watch Penn State fans erupt so loudly against Michigan in 2019 that the Wolverines have to take a timeout before the first play. Nobody does a white-out like the kids in Happy Valley. Beaver Stadium earned a hefty 68 votes.

Athens is an incredible college town, and the team between the hedges is consistently one of the best in the NCAA. Throw in Uga, the school’s adorable live mascot bulldog, and this one is a no-brainer.

Renovations in recent years have expanded Bryant-Denny’s capacity to more than 100,000. With so many incredible chants, songs and traditions during games like “Dixieland Delight” and the Million Dollar Band, I’m surprised this one didn’t crack the top 10.

I’ve been to many primetime matchups in “The Swamp” and I can tell you it’s a life-changing experience. Steve Spurrier coined the stadium’s iconic nickname when he said “only Gators get out alive,” and he was right.

Chief Osceola and Renegade’s entrance sets the tone before kickoff, plus the war chant is enough to drive any enemy team crazy. Florida State has one heck of an atmosphere on game days.

“The Big House” is more than just a football stadium in Ann Arbor. As far as American football goes, it’s the largest stadium in the country for either FBS college football or the NFL. You know it gets rowdy inside there when Jim Harbaugh’s team takes the field.

Head down to the real “Death Valley” in Baton Rouge, Louisiana, for one of LSU’s incredible night games to see what college football is all about. You won’t find Ed Orgeron, but you will find plenty of purple and gold.

Nicknamed “The Shoe” because of its horseshoe shape, Ohio Stadium is the place to be on Saturdays in Ohio. Big Ten land just isn’t the same without this iconic stadium.

The lesser “Death Valley” is the perfect venue for fans. Why? Because they rush the field after every home win. Every. Single. One. That’s just unheard of.

The football team in Knoxville isn’t all that special, but the stadium sure is. I can’t even tell you how many times you’ll hear “Rocky Top” when the Vols play, but I can tell you it’ll be stuck in your head for weeks. Plus, the checkered sections in the stadium is just beautiful.

War Damn Eagle! College football is life in Auburn, and the stadium in The Plains comes in ahead of the one in Tuscaloosa. How many stadiums have a real bald eagle fly around the stadium before the game? Hey, you might roll Toomer’s Corner afterward if you’re lucky.

Opened in 1931, Notre Dame’s stadium is full of history. If only those walls could talk. The stadium is a terrific venue to watch a game at, even if Notre Dame has a cakewalk schedule. (Just kidding, sort of.)

Game days in College Station are the best game days. Texas A&M has more traditions than they know what to do with, and every fan in the stadium knows every word to every chant. They don’t call this place the 12th Man for nothing. That’s why historic Kyle Field comes in at No. 1.

What other stadiums were left off the list? A few others that come to mind are Darrell K Royal-Texas Memorial Stadium in Austin, Texas. You can’t forget about the Rose Bowl Stadium in Pasadena, California, which hosts the NCAA’s most famous bowl game and has hosted plenty of national championship games.