A college football stadium doesn't just host football games on a few weekends every fall. Each one tells a unique story and creates memories of fame, fortune, triumph, heartache and everything in-between that will last the test of time. It's what separates the college athletics from pro leagues like the NFL and MLB.

Although Michigan Stadium and Penn State's Beaver Stadium are the largest stadiums and hold the most fans on Saturdays, there are a few stadiums across the country that have housed generations of fans for over 100 years with some amazing renovations along the way. Although programs like Auburn and Florida have famous stadiums, and who could forget The Rose Bowl, which has hosted Super Bowls, Olympics and national championships?

Without further ado, here is a look at the ten oldest NCAA college football stadiums in the United States. 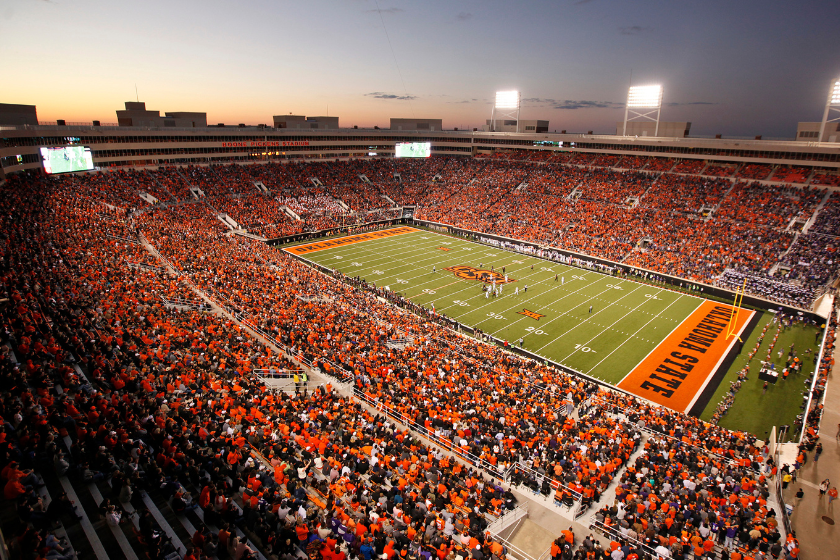 What once started as a 8,000-seat stadium at Lewis Field as gone to "The Next Level" since the turn of the millennium. Boone Pickens Stadium is certainly a first-class stadium in the Big 12 and has become a nightmare for opponents with small sidelines and the fans within feet of the field of Cowboys home games. 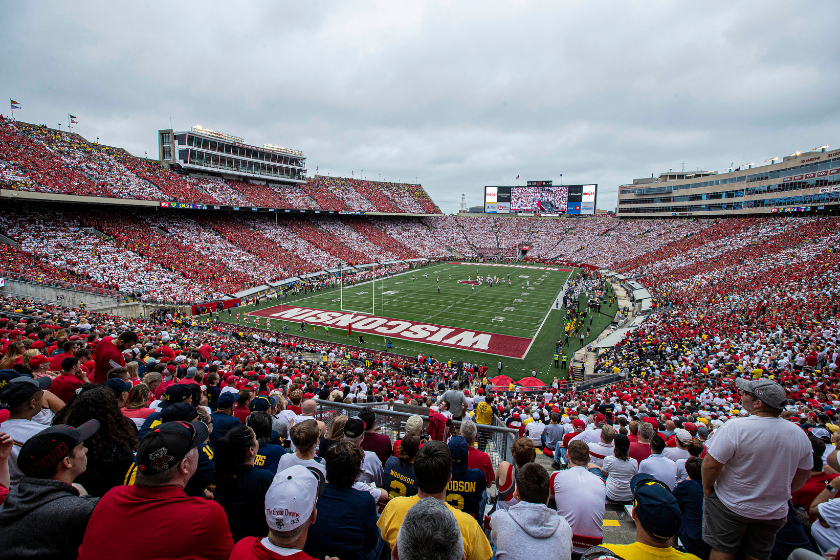 A staple in the Big Ten Conference, the home of the Badgers lies on the grounds of a former Union Army training camp during the Civil War. Its famous history along with the 80,000-seat capacity makes this one of the coolest atmospheres in all of college football. 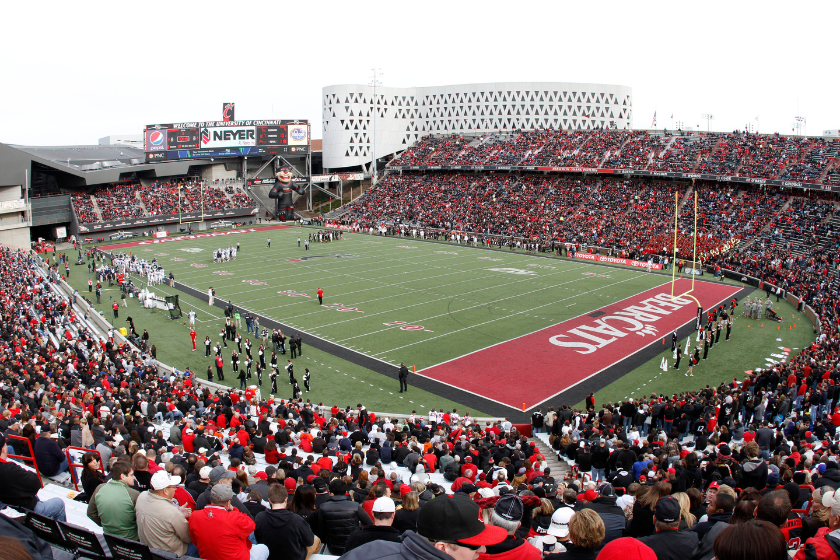 The smallest stadium of the bunch, Nippert Stadium has received a few facelifts over the years, but the important fact is the Bearcats football team still plays there. The stadium is named after former UC player James Gamble Nippert suffered a spike wound injury and died a month later of blood poisoning. 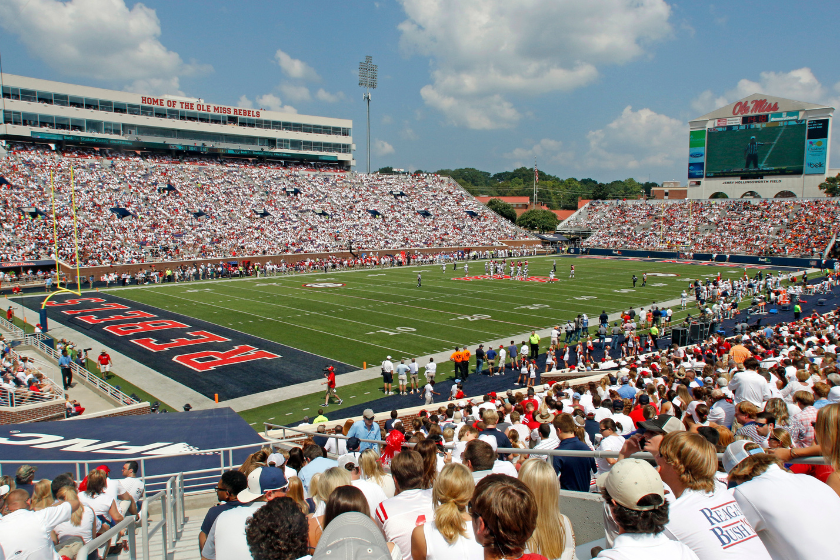 This started as a federally sponsored project before a few expansions made it the home of the Rebels for the next few decades. Vaught-Hemingway Stadium at Hollingsworth Field is a must see football stadium in the SEC and currently the state's record for attendance ever at 66,176 against the Alabama Crimson Tide in 2016. 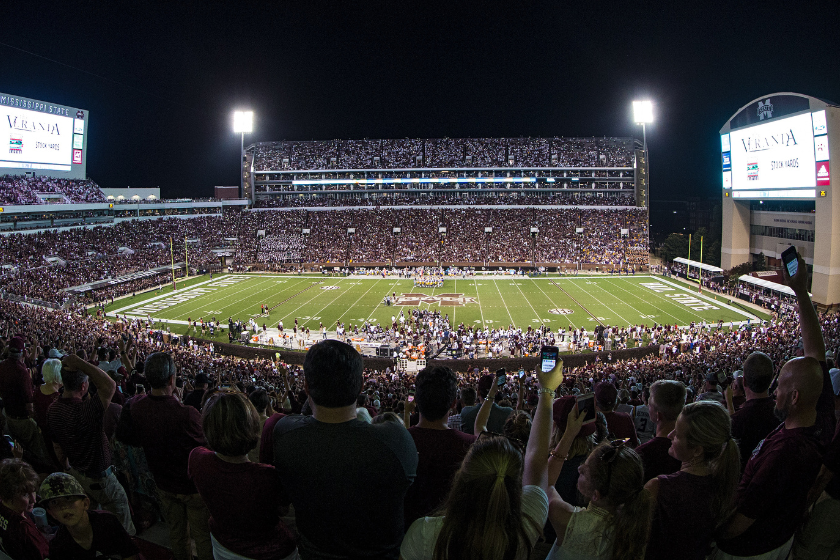 Less than 100 miles down the Magnolia State sits another SEC staple. If the two schools needed something else to call a rivalry, Davis Wade Stadium at Scott Field is just one year older than the in-state rival and you better believe all Bulldogs fans will let those bragging rights be known. 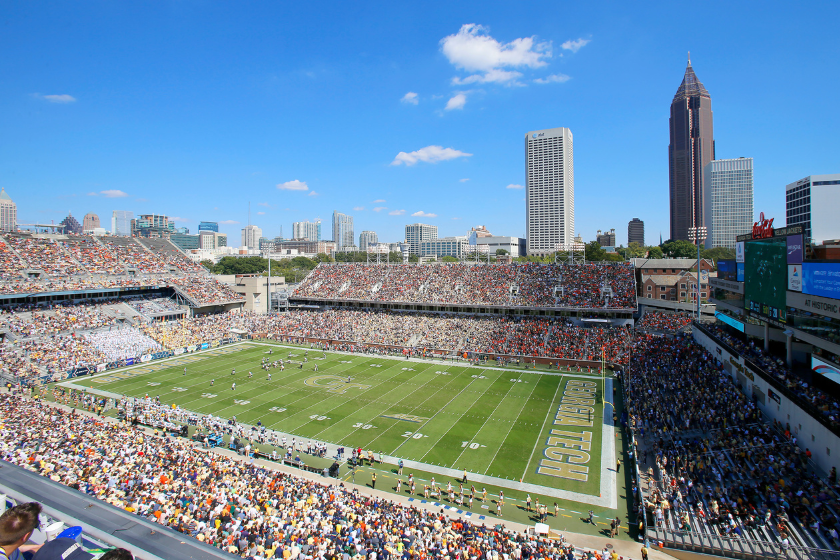 Often known as the Ramblin' Wreck, Georgia Tech was in rudimentary form in 1905 and often recognized as the oldest stadium in the FBS stadium. However, this unique ACC stadium wasn't technically the first to be played in. 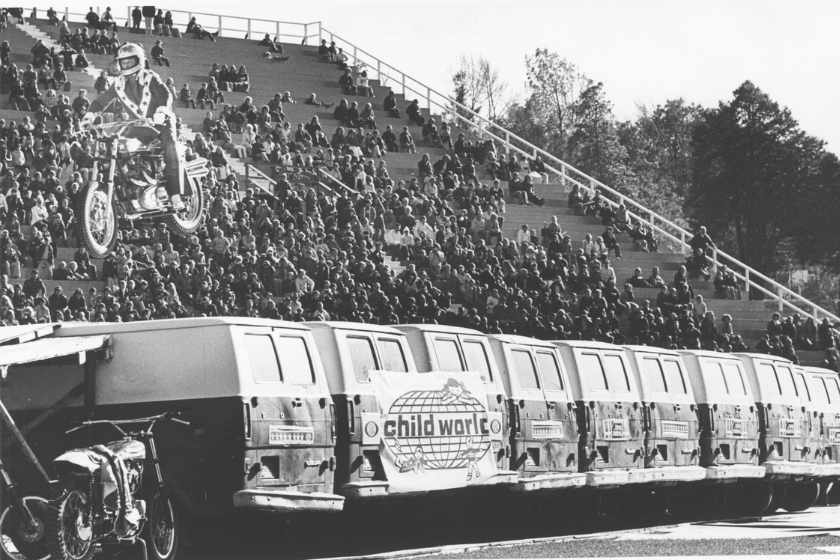 Surprised to see Holy Cross on this list? Yeah, so were we. Bearing the name of Reverend James Fitton, who donated the land to the Archdiocese of Boston, the football stadium helped the Crusaders feel like a true football team. Before the stadium's construction, the team would play on the nearby baseball field. Remaining relatively untouched from the 1920s to the 1980s, the stadium has since upgraded its bleachers from wood to aluminum. Fun fact: the 2006 movie "The Gameplan" starring Dwayne "The Rock" Johnson was filmed at Fitton Field. 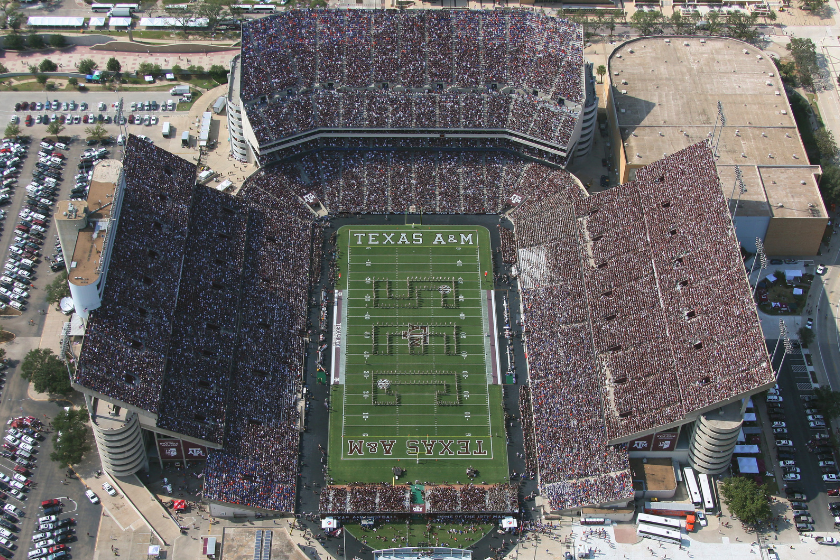 Call it a technicality if you want, but Kyle Field has been the home for the Aggies since 1904, when Edwin Jackson Kyle used his own money to build wooden bleachers to help promote football. The beautiful concrete stadium and the largest in the SEC has had a permanent structure since 1927. It's hard not to call this the oldest with it being in rudimentary form since 1904. 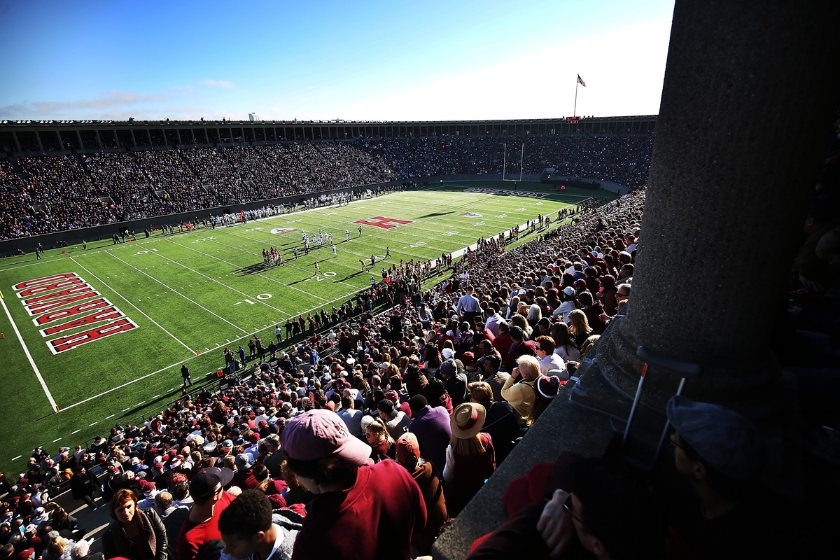 Originally a constructed with funds raised by the Class of 1879, Harvard Stadium was built on 31 acres and was dedicated to the memory of those who died during the Civil War. While Harvard is known for innovating every aspect of the world we live in, you may not know that Harvard actually had a hand in changing the game of football into the game we know and love today. In the hopes of limiting player deaths (yep, you read that correctly) President Theodore Roosevelt stepped in and demanded the rules of the game be altered, meeting with 62 schools in the hopes of finding a solution. A proposal was made to widen the playing field to avoid serious collisions and giving players more room to run. Every school agreed to the proposal except one: Harvard. Since Harvard has just built their stadium, they had no ability to widen their playing field. instead, following Harvard's refusal, Roosevelt and the other 61 schools proposed a rule change that would change the game forever: the forward pass. 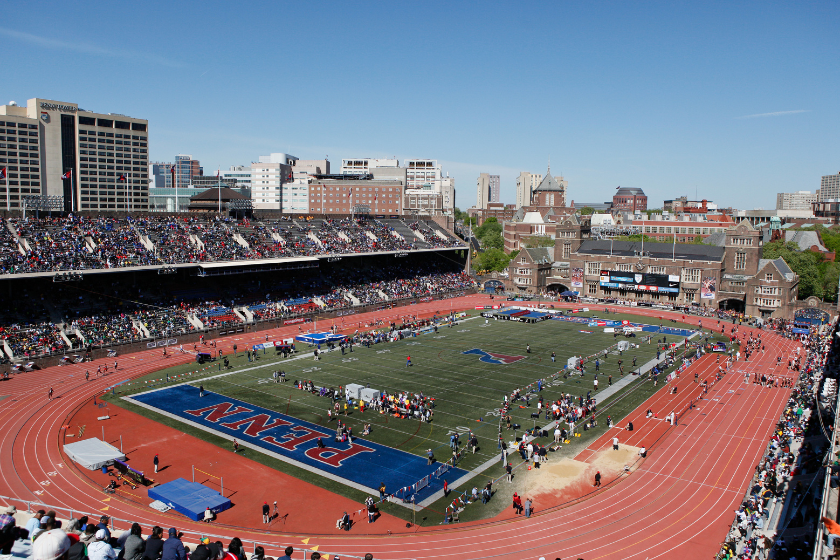 One look at Franklin Field and you may think a different kind of football is played there. Franklin Field, home of the Penn Quakers football team, was originally built in 1895 making it one of two stadiums on this list to be constructed in the 19th Century. While Penn football hasn't shocked the world, Franklin Field has been home to many other teams over it's 120-plus years of existence. The Philadelphia Eagles called Franklin Field home for 12 seasons before Veterans Stadium was built. Not too many college football stadiums can claim they also played host to an NFL franchise.