How Did Alabama’s “Million Dollar Band” Get Its Name? 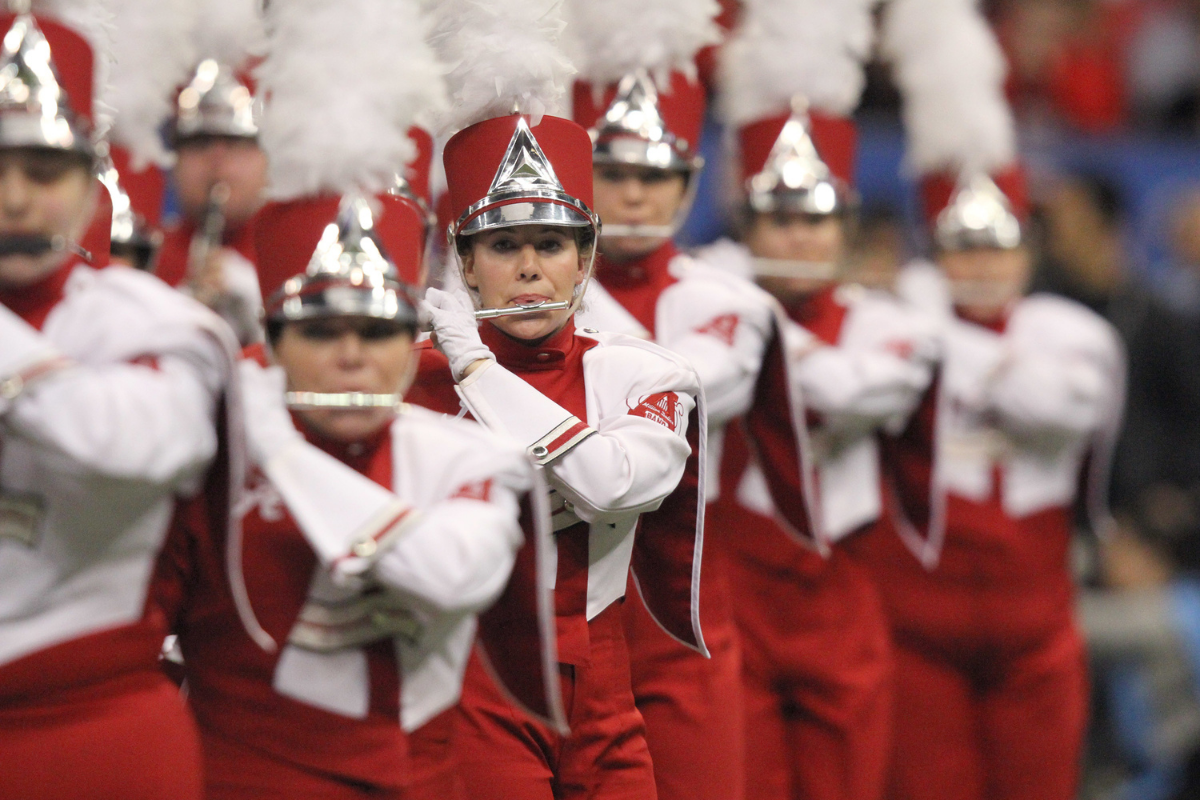 Every school is going to claim their band as the best. It’s only natural. The University of Alabama claims theirs is the best. The difference between Alabama and the rest of the marching band world is Alabama’s band is worth a million bucks.

To learn how the good people of Tuscaloosa came up with this dollar figure, we have to go back nearly a century.

Why is Alabama’s Band Named the “Million Dollar Band”?

There are several different origin stories about the University of Alabama Million Dollar Band. In 1948, the Crimson Tide settled on an official one in the media guide.

In 1922, Alabama’s marching band, along with its football team, was just getting off the ground. The band had to fundraise to travel to games in less than ideal conditions. Trips lasted all night in cramped buses. Alabama separated itself from other bands through its fundraising prowess. Eventually, they were able to trade day coach rides for a tourist sleeper bus.

The band followed the team to Atlanta in support of a matchup against Georgia Tech. Bama back then wasn’t the Bama we know now. The Yellowjackets stomped the Tide, 33-7. After the game, a local sportswriter asked Alabama alumnus and former football manager W. C. “Champ” Pickens about the team.

“You don’t have much of a team, what do you have at Alabama?” the reporter asked.

The @UofAlabama Million Dollar Band will perform during the pregame and halftime of our 2019 game. @UABands #SeniorBowl pic.twitter.com/iujbg06whW

The name has stuck ever since, and the band has lived up to it. The MDB is a fixture of Alabama football games, performing pregame favorites like the “Elephant Stomp,” playing “Yea Alabama” during halftime shows and leading Bryant-Denny Stadium in “Rammer Jammer” after a win.

Game days in Tuscaloosa are special. Not only because Tide fans are assured of a victory 99.99999 percent of the time, but because they get to see the Million Dollar Band perform.