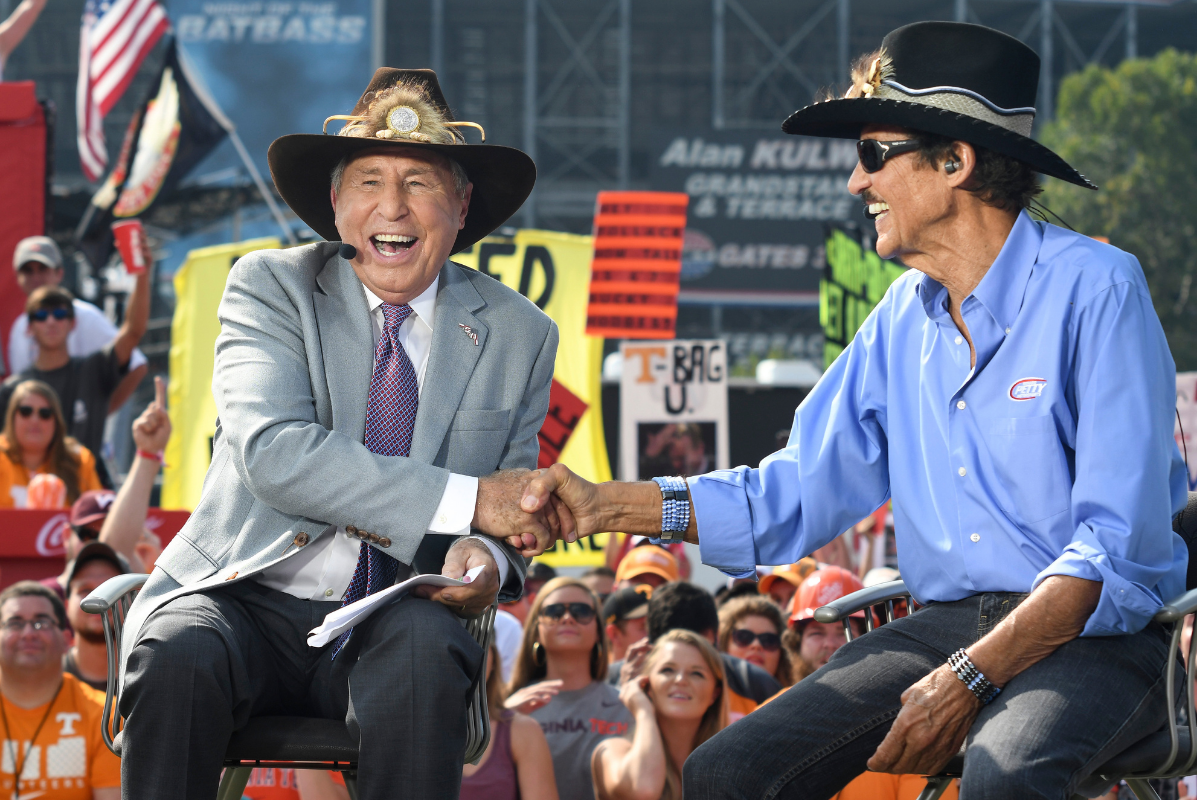 For the past decade or so, ESPN’s “College GameDay” has hosted celebrities as guest pickers on their program to join their normal crew. Some of them are boring and don’t bring much to the iconic table, but some have been great.

With Lee Corso, Kirk Herbstreit, David Pollack, Desmond Howard and Rece Davis, there is a lot of knowledge and entertainment of NCAA football on the set. But there has been a great cast of characters to join them on stage on Saturday mornings, and these are the 10 best of those College GameDay guest pickers.

In October 2008, LeBron James was the celebrity guest picker ahead of the Big Ten rivalry game between Ohio State Buckeyes and Michigan Wolverines. James picked the Buckeyes and also stated he would have played in Columbus if he had chosen to take the college route instead of heading straight to the NBA from high school.

The Wolverines would win the game though, and James finished the day with a 5-5 record on his picks. But seeing famous athletes, especially one of the best to ever step on the basketball court, as the pickers is nice compared to some of the randoms who have no ties to the sports world at all.

Though his picks didn’t turn out how he would have wanted, Ric Flair was the guest in October 2016 for the Wisconsin Badgers and Ohio State Buckeyes game. He doesn’t really have much of a connection to these teams, making it a little random, but it was still one of the best entrances of any guest picker. The Minnesota Gophers alum and Michigan Wolverines fan went 5-5 on his picks including choosing the Badgers who would lose the main game.

But any time Flair does his signature “WOOOOOO!” or his limousine ridin’, jet flyin’ speech, it gets me even more ready for whatever is about to take place, including a Saturday full of college football.

One of the few pickers to appear on the show multiple times, Keegan Michael Key has been on College GameDay three times and made a lasting impression (pun intended) doing an impersonation of Penn State head coach James Franklin. His first appearance as a guest picker came in 2016 and has gone three consecutive seasons when the Nittany Lions have been a part of GameDay.

One of the funniest men of all time had one of the funniest moments in the history of College GameDay when he picked up Lee Corso, dressed as Chief Osceola, and threw him on the floor. Murray picked the Clemson Tigers to beat the Florida State Seminoles while Corso obviously chose the ‘Noles since he was dressed as their mascot. Murray was on the losing end of the picking, but won the physical matchup after planting the master of headgear.

On September 24, 2016, GameDay did something I think they should do much more often. They had two guests that each represented the teams who were hosting GameDay. Steve Spurrier and Phillip Fulmer were the guests for the SEC East matchup of the Florida Gators and Tennessee Volunteers game, since each played for those schools and then coached them to a national championship game, too.

The Volunteers did win the game, ending an 11-year winning streak by the Gators. But the Head Ball Coach won in overall record since they picked the same team in all but three games. Spurrier went 2-1 in those three while Fulmer went 1-2.

Charles Barkley is the hero the SEC needs pic.twitter.com/le9wmbFDnb

Not only is Charles Barkley hilarious, but he also knows his stuff when it comes to football. In 2004, Chuck was the first-ever celebrity guest picker and has appeared three times since then. They have him back not only because of his entertainment value and ties to Auburn as a former basketball player, but because he also just knows sports and does a pretty good job analyzing football.

When I first watched him in 2004, I still remember thinking he was pretty good at it and they should have him on more often. Though his record over his last three appearances is just 16-10, he has picked Auburn three times and been correct on all three with the Tigers beating Alabama twice and the Tennessee Volunteers in his first appearance.

When you think of sports in any way, Jeff Dunham does not come to mind. But the comedian was a really entertaining guest when he was on the show ahead of the Baylor-Oklahoma game in 2015. Dunham, a Texas native, attended Baylor and chose the Bears using his famous puppet, Walter. He went 4-4 on his picks with the Sooners winning their game against Baylor, but I thought Dunham was hilarious and entertaining at least.

Another comedian who was hilarious in his appearance on College GameDay, Will Ferrell went 5-5 including a loss when he chose his alma mater USC over Oregon during the 2010 season. Probably the best part of his time on the set was at the end when Corso chose the Ducks, and Ferrell retaliated by hitting him in the head with a giant Corso mascot head, which Corso wore throughout the picking.

The thing that makes famous impersonator Frank Caliendo a great celebrity picker is he is basically a ton of different celebrities. Getting to hear Jon Gruden, John Madden and George W. Bush talk about college football in less than five minutes is definitely a treat. He also did a really good job picking, finishing at 8-2 for the day.

He didn’t really have much of a tie to the Washington Huskies vs. Utah Utes football game since he is from Chicago and attended the University of Wisconsin-Milwaukee, but he is still one of my favorites to join the program.

When I think of the guest pickers on College GameDay, Katy Perry is the one who comes to mind first. Even though her ties to the Ole Miss Rebels vs. Alabama Crimson Tide game in 2014 was that her manager went to Ole Miss, she was still extremely entertaining. She had some of the biggest trending moments of GameDay history, including hitting on former Oklahoma Sooners quarterback Trevor Knight.

And after Ole Miss beat ‘Bama, she celebrated by chugging a beer and crowd surfing in a bar. I want that kind of energy and celebration from every celebrity picker.

It doesn’t matter where GameDay travels to — it could be Athens for a Georgia Bulldogs-Kentucky Wildcats matchup (that Jeff Foxworthy shows up for) or to see teams like LSU, Arkansas, Michigan State, Notre Dame, Texas A&M, Arizona, Iowa State and TCU. They always bring out a fun celebrity guest that gets the people going.

This article was originally published May 28, 2019.