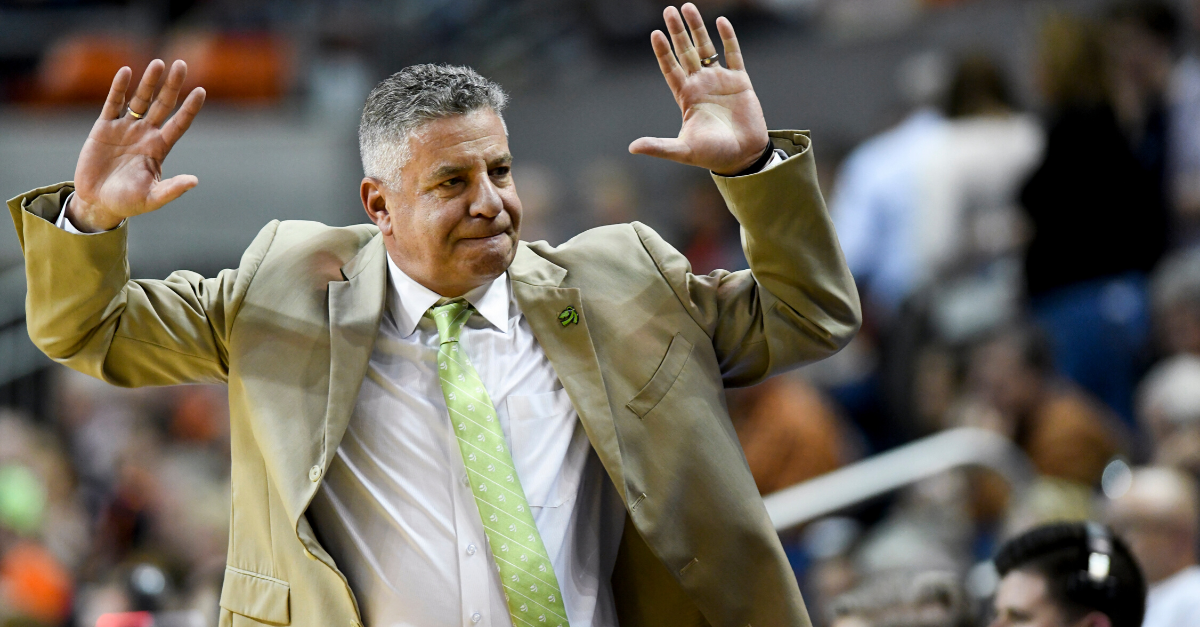 Take a look at the Southeastern Conference men’s basketball standings. Go ahead, do it. The Kentucky Wildcats, led by head coach John Calipari, are at the top. Right below them sit the Bruce Pearl-guided Auburn Tigers, who boast an identical 25-6 overall record.

The SEC released its postseason awards this week and somehow got it wrong. Coach Calipari took home SEC Coach of the Year honors despite Pearl clearly deserving it more. How is it that Auburn’s head coach, who took the Tigers to their first-ever Final Four last year and have them ready for another SEC Tournament and NCAA Tournament run, hasn’t received coach of the year recognition in either season?

Bruce Pearl was 100-percent snubbed, and someone needs to hear it.

Why Bruce Pearl Deserved SEC Coach of the Year

We win, we dance. 😎#WarEagle pic.twitter.com/tSbKmmdruI

Never mind that Auburn has lost four of its last seven games, three of which came against shoddy opponents like Missouri, Georgia and Texas A&M. Look at the body of work.

The Tigers are 12-6 in SEC play, which is tied with the LSU Tigers for second place.

Pearl and Co. began the year 15-0. They picked up a big win over the Kentucky Wildcats at home on February 1, took care of LSU at home in overtime during the regular season and are currently the only other conference team ranked in the Associated Press Top 25 besides Kentucky.

?Here’s the thing, though: Pearl has done more, if not the same, with less talent than Calipari.

Calipari has two First-Team All-SEC players at his disposal, one of which is SEC Player of the Year Immanuel Quickley. Auburn has one in Samir Doughty.

Kentucky has reeled in the No. 2 recruiting class each of the last three years. Auburn’s best class in that span was last year, when Pearl posted the No. 20 recruiting class still behind SEC programs like UK, Florida and Georgia.

Shoot, in 2018, Auburn didn’t even crack the top-10 recruiting classes in the conference.

How does John Calipari win SEC coach of the year over Bruce Pearl? UK was preseason Top 4 and really underperformed. Auburn lost its 3 best players and scorers but Bruce Pearl coaches them to a better regular season record than last year and still gets no recognition??

Pearl isn’t nabbing five-star recruits left and right like Calipari, yet here Auburn is once again primed for a postseason run under the 59-year-old college basketball coach.

What’s even crazier is that the Associated Press overlooked Pearl altogether and tabbed another men’s basketball coach, Texas A&M’s Buzz Williams, as the SEC Coach of the Year. Huh? The Aggies are sixth in the conference.

I get that Pearl has a troubled past with NCAA violations and what not, but this is a little ridiculous. Give the guy some freakin’ credit.

MORE: Auburn?s All-Time Starting 5 is as Dominant as It Gets