David Ross has been around Major League Baseball for two decades and now serves as the manager of the Chicago Cubs. Few baseball players have been so universally liked among fans and coaches.

His statistics may not have ever jumped off the page, but he was a serviceable starting catcher at his best, and he knew how to lead.

Ross has more attention on him now than ever before, but in 1997, he put his name on the map for the first time with the Auburn Tigers.

RELATED: Tim Hudson Devastated Hitters For Years, But Where is He Now?

David Ross and Auburn baseball were playing in the Tallahassee Regional with a College World Series appearance on the line.

Ross was born in Georgia, but spent most of his life in Tallahassee and went to high school in the area. This NCAA at-bat was even more important to him.

The Tigers trailed 7-3 heading into the bottom of the ninth, but after a single and a two-run home run, they were back in business.

Down 7-5, Ross' teammate Tim Hudson took a walk, and a Derek Reif single put the go-ahead run at the plate.

Ross drove the ball, and everyone in the dugout knew what he had done immediately. The walk-off home run gave the Tigers an upset victory, and Auburn fans everywhere rejoiced.

From Auburn Hero to Chicago Legend 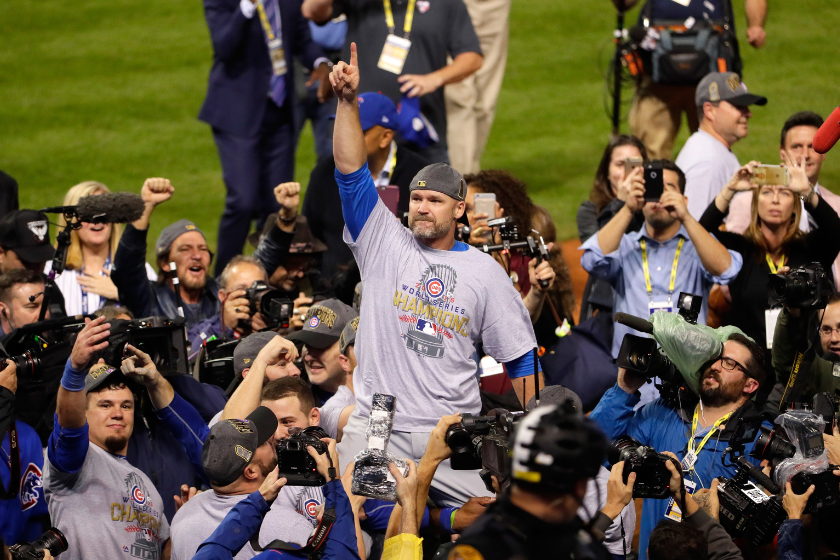 Ross showed out in his final season in 2016, hitting yet another clutch postseason home run. He was instrumental in Chicago's first World Series championship since 1908.

Ross's sixth-inning home run off of Andrew Miller may not have seemed like a big hit at the time, as it put the Cubs up by three runs, 6-3. But that run would prove to be massively important. With closer Aroldis Chapman on the mound and a three-run lead, Cleveland clawed back a run on a Brandon Guyer's double and Rajai Davis's two-run home run tied the ballgame. Without Ross and his big swing, the Cubs would have been down 6-5 heading into the top of the ninth inning. Instead, they took the game into extra innings and would eventually break the "Curse of the Billy Goat."

David Ross is revered by all, and he had a knack for heroics. Time will tell if he can lead the Cubs to another World Series title, this time as their manager.

This article was originally published on April 1, 2021, and has been updated since.