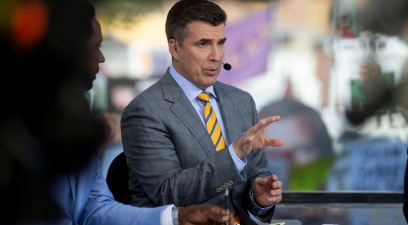 EUGENE, Ore. (AP) — Sabrina Ionescu set an NCAA record with her 13th triple-double and Ruthy Hebard had 20 points on 9-for-9 shooting to lead No. 7 Oregon past Air Force 82-36 on Thursday.

Ionescu, who shared the career mark with BYU’s Kyle Collinsworth, finished with 17 points, 11 rebounds and 13 assists for the Ducks (10-1) in her 82nd game. The junior All-America guard broke the record with her 10th rebound during the fourth quarter.

Acting coach Mark Campbell subbed Ionescu and Hebard out with five minutes to play. He filled in for Oregon coach Kelly Graves, who is serving a two-game NCAA suspension for allowing violations by an assistant strength coach during practice two seasons ago.

Hebard, who came in ranked fifth nationally in shooting accuracy at 69.0 percent, was 7-for-7 in the first half. Satou Sabally added 19 points and eight rebounds for the Ducks, and Erin Boley had 11 points.

Haley Jones led the Falcons (4-7) with eight points and Riley Snyder had seven.

Air Force stayed close midway through the second quarter before Oregon closed out the half on a 17-4 run to lead 37-22. Ionescu already was well on her way to making history with eight points, seven rebounds and nine assists.

The Ducks put the game away with a 23-5 third quarter, punctuated in the final seconds by Ionescu’s drop pass between her legs to Boley for a 3-pointer and her 11th assist.

Oregon showed no letdown from its rugged 82-74 win over No. 4 Mississippi State on national TV on Tuesday night. The Ducks have one more game in the two weeks before starting Pac-12 play against Washington. Graves will miss Friday’s game against UC Irvine to complete his suspension.