SEC starter transferring right in the middle of the season 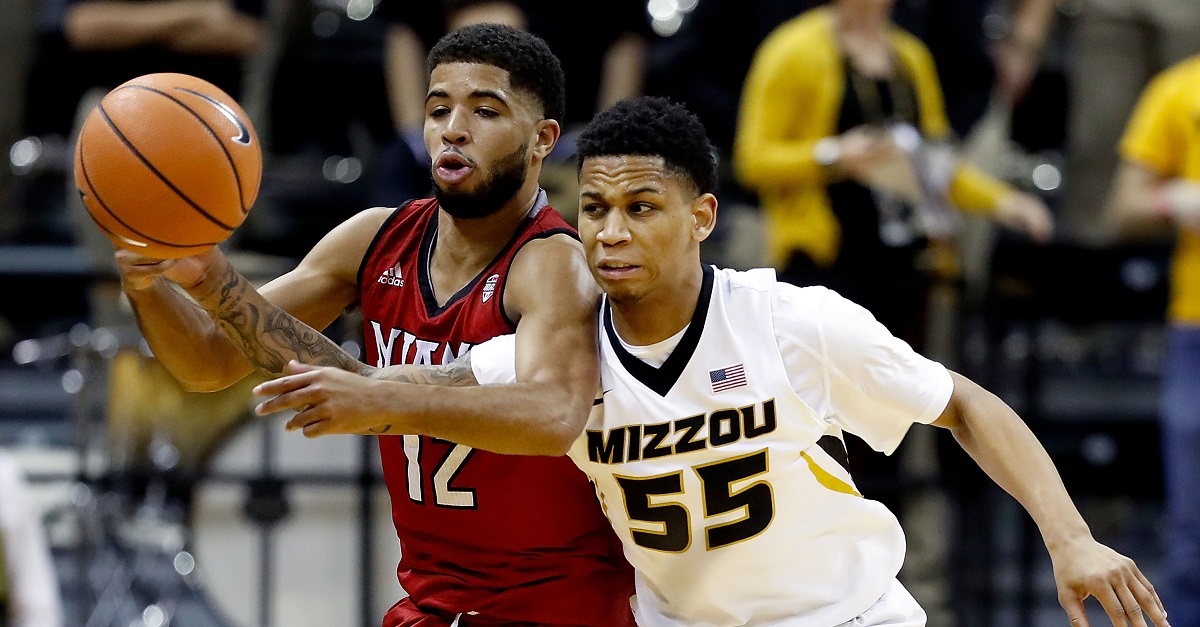 Blake Harris was one of the first big recruiting signings for Missouri head coach Cuonzo Martin when he took over for this season. Of course, he ended up landing Michael Porter Jr. and his brother Jontay as well. However, Harris has decided that he is done with the school and will head somewhere else after only half a season.

Missouri freshman guard Blake Harris told ESPN he has received his release and will transfer elsewhere. Heralded recruit out of Chapel Hill.

#Mizzou confirms. Statement from Cuonzo Martin: "Blake Harris has decided to transfer from the Mizzou Men’s Basketball program. We will support and assist him in any way possible."

Definitely a shock, as Harris started nine games for the Tigers this season. https://t.co/PnZEMFLf50

He was having an alright year for a freshman as well:

Blake Harris was averaging 3.8 points and 3.1 assists in 14 minutes per game. Missouri freshman told me he’d prefer to go closer to home in North Carolina, but wouldn’t rule out anyone. https://t.co/vCgzIVFRdl

It sounds like the freshman could be headed to a program a little closer to home and there are plenty of ACC schools in the area that would probably love to have him. The 6-foot-3, 190-pound point guard was ranked as a four-star recruit coming out of the high and the 99th overall recruit in the class according to ESPN.