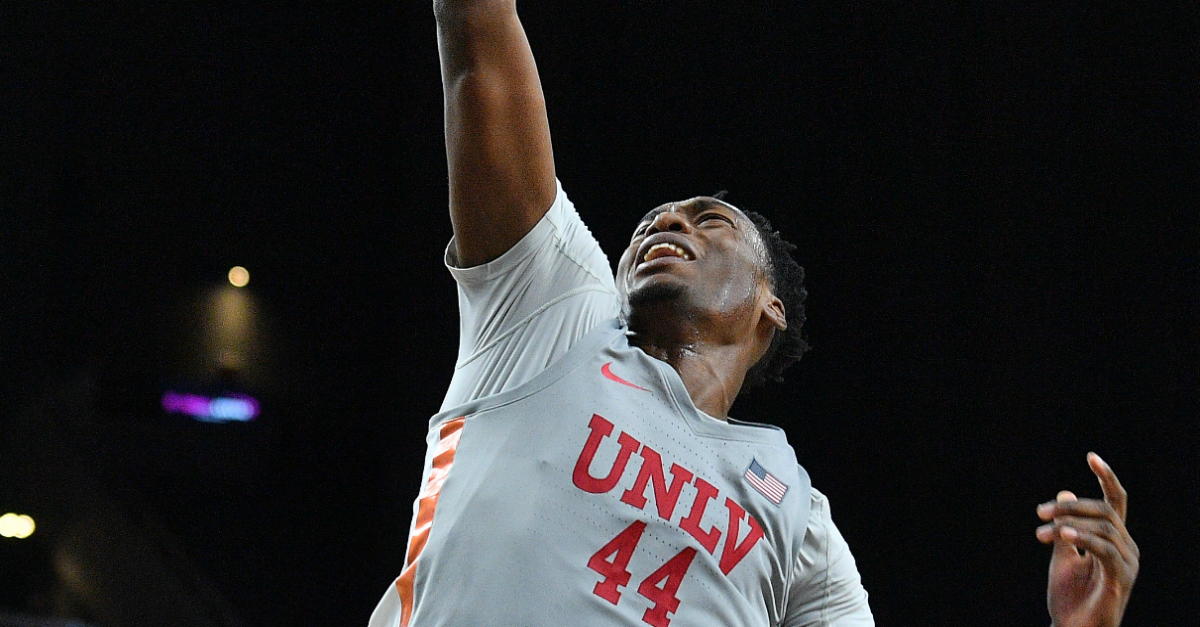 Are you sick of Trae Young dominating the landscape of unpaid laborers trotting about hardwoods for our entertainment? Too bad. There is no apparent end in sight.

Other things in shooty hoops are happening outside of Oklahoma, though. While all the attention is being paid to the bucket-making marvel in Norman, there are other freshmen excelling in places with different kinds of weather. Two of those guys are the talking points of this edition of Stock Watch.

As always, before we get going, my important note laced with caveats: Remember that this isn’t about something being “good” or “bad.” It is about value. Value of a team — or person, for that matter — set off expectations currently placed on that entity.

Brandon McCoy was a five-star recruit in the 2017 class. He was UNLV coach Marvin Menzies’ first monumental get since leaving New Mexico State for the Rebels.

From the day McCoy committed, the aim was to bring back the UNLV of yesteryear — minus all the scandals.

“I felt very comfortable with the coaching staff and loved the campus. I want to get UNLV back the way it was in the 1990s,” McCoy told ESPN after committing.

That might seem like a bold statement, but it wasn’t going to be the 7-foot-1 big man attempting to do it on his own. He would have help in Menzies, who is both a great in-game coach and possibly an even better recruiter.

Most reputable recruiting service websites had UNLV’s 2017 class as one of the best 15 in the nation. Still, the nation didn’t yet realize what was happening for this Mountain West team. In turn, despite a giant humanoid set to lead the charge with a proven winner as the head coach, expectations weren’t incredibly high entering the season for the Rebels.

Why Are We Buying?

When you couple the ho-hum expectations UNLV entered the season with what has happened so far, we best invest some money into the Rebels before they are out of our price range. Moreover, as McCoy starts to get more national attention, his NBA stock is going to begin blowing up mock drafts. If we want to be “first” on the Brandon McCoy bandwagon before he hits most NBA Draft mocks’ lotteries, we best do so now.

McCoy is, at his foundation, the Bill Gates before Microsoft of college basketball.

On the season, UNLV has an overall record of 13-4, with a good win against Utah coming back in November.

There are some issues with the team’s resume. The Rebels’ strength of schedule (325th) rivals Georgetown’s in the cupcake department, and every one of their wins, save for one, has come outside the RPI top-100. Boo, the RPI!

However, they did take Arizona to the brink in early December, and only have two actually bad losses (Utah State and Northern Iowa).

Aside: The Mountain West is good this season. Far better than recent years, even if San Diego State isn’t exactly the SDSU of seasons prior.

Meaning, in a roundabout way, due to their current record, no one is thinking of the Rebels in super positive terms, but they should. Give me McCoy, Menzies and the rest of that squad developing as the season continues.

For this to become a reality, UNLV needs to win its next three before a big game against San Diego State at the end of January. If that fails to happen, sorry you lost your house after I told you to bet your mortgage on this being a thing.

As for McCoy, he’s not a unicorn or anything, but this large human is averaging 18.6 points and 9.9 rebounds per contest. He’s also shooting 62 percent from the floor. While he’s not going to inspire anyone with shots from beyond the arc, as he’s simply not that kind of player, think of him as your father’s sort of big man — and I mean that in a good way.

Bold predictions: McCoy ends up being a lottery pick in the NBA Draft this year and the Rebels earn a trip to the NCAA Tournament. Considering neither of those two things are projected to happen right now, if this handsome Internet Scribbler is correct, this would be a heck of an investment.

If I’m wrong, hopefully your parents didn’t change your old bedroom into an office.

A five-star prospect out of the 2017 recruiting class, Jaren Jackson isn’t seeing a ton of minutes on the floor during his freshman season, but he sure as {bleep} is making the most out of them.

Also, tell your 12-year-old son, you’re welcome. I bleeped out the big, bad evil word for him. For you, however, you get this in its place:

Um, because he is good at basketball!

Again, let that wash over you like a cold shower after drinking too many Lime-A-Ritas at grandma’s house, because those numbers are mind-boggling considering he’s playing about a half of a basketball game each time he steps on the floor.

Probably worth noting that this 6-foot-11 son of a former NBA player is also making 43 percent of his shots from distance. Considering he takes over two of those per game — and, you know, he’s nearly seven-gosh-slam-feet tall — that’s pretty good.

Most NBA experts have him outside the first two tiers of draft prospects. That’s fine… for now. Unlike McCoy, who will likely max-out as a late-lottery selection, a world does exist where Jaren Jackson is one of the first five players selected in the 2018 NBA Draft.