Gonzaga's Drew Timme is a special offensive talent. No, he isn't a dynamic leaper who'll sky above defenders and throw down grown-man slams whenever he pleases, but the 6-foot-10 Gonzaga forward's below the rim status hasn't hindered him from having a dominant 2021-22 season.

He's shown off his tremendous understanding of the game all season long. He recently helped the Gonzaga Bulldogs win the West Coast Conference Tournament crown against Saint Mary's and secure the No. 1 overall seed in the NCAA Tournament.

But just who is this mustached hooper and how did he grow into one of Gonzaga's brightest stars? 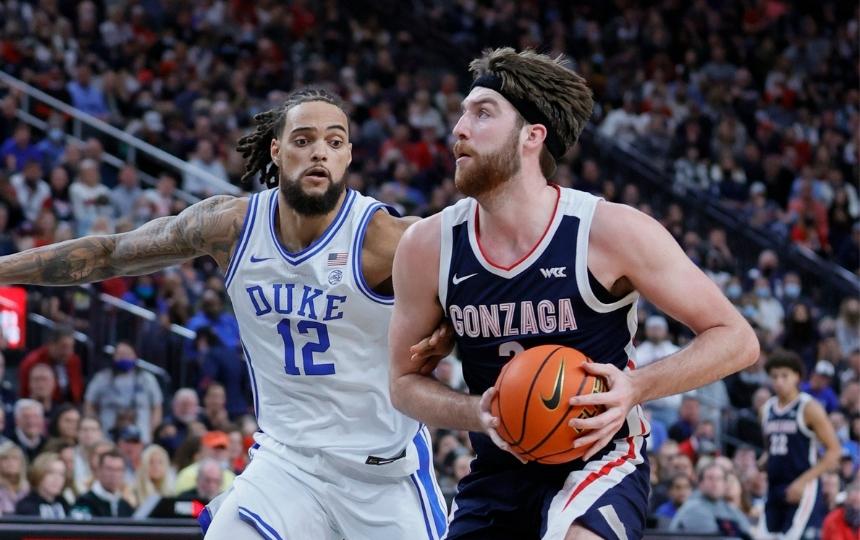 RELATED: 5 Notable NCAA Teams That Were Snubs in the 2022 Tournament

The name of the game for Timme is patience in the low post. If a defender has no interest in putting up a fight when Timme receives the ball down low, Timme will simply turn and finish strong at the rim. If he's met with more resistance and is unable to make one move toward the middle of the paint and score, he'll reverse pivot and get himself into scoring position.

If he notices that a defender appears to be leaning forward excessively, he'll lower his center of gravity and either spin off them or drop-step around them. Timme has a field day when he's able to beat his defenders to a spot and utilize his reliable up-and-under move as soon as they attempt to get back into the picture.

At this stage of Timme's college basketball career, he understands that getting double-teamed comes with being an elite low-post scorer, which is why he's worked on becoming an adept passer when he attracts two defenders. In middle or high ball screen situations, Timme consistently rolls hard to the rim and keeps the ball out of harm's way when he receives it in the paint.

Timme was a four-star recruit in the class of 2019, according to 247Sports, and held over 20 Division I offers. Thanks to a breakout summer with Drive Nation on the AAU circuit, Timme managed to garner attention from elite Power 5 programs such as Gonzaga, Arizona and Baylor. He committed to the Bulldogs on November 14, 2018, which was during the start of his senior season at J. J. Pearce High School.

Athleticism Runs in the Timme Family

Fresh off a 32-point, 13-rebound double-double, #Gonzaga?s Drew Timme shares a moment with his father, Matt, and mother, Megan.

Will post more shots from @tylertjomsland here in a little while. pic.twitter.com/lKDnt1zrsD

Believe it or not, Drew Timme isn't the only member of his family who has played a collegiate sport. The Richardson, Texas native's father, Matt Timme, played Division I basketball at SMU before trying his hand at professional basketball for a short period of time.

His mother, Megan Timme, was a member of the Stephen F. Austin University tennis team during her college days. It was only a matter of time before Drew Timme followed in their footsteps and used his natural talent to succeed at the collegiate level. 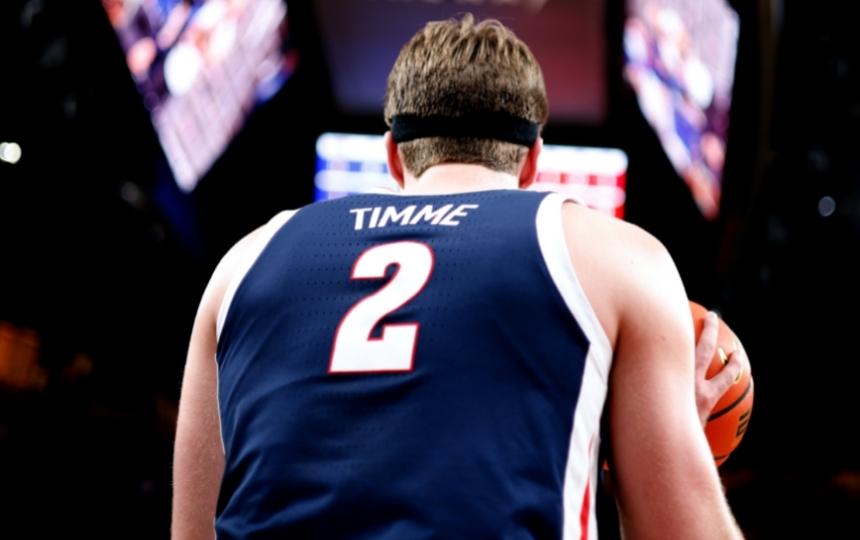 From day one, Timme has used his offensive gifts to help the Bulldogs win games. As a freshman, he averaged 9.8 points on 62.1 percent shooting from the field on a Gonzaga team that won 31 contests. Once the Bulldogs lost some experience after the 2019-20 season, they called on Timme to take on a larger offensive role in 2020-21. His sophomore campaign featured numerous personal accolades, including All-WCC honors and both a Final Four and NCAA Championship appearance.

Unfortunately, Gonzaga had an off-night and fell to Baylor in the championship game, as the Jalen Suggs and Corey Kispert-led roster fell, 88-76. Even with the Bulldogs' season coming to an end in devastating fashion, it was impossible to ignore Timme's increased production compared to his freshman season. As Mark Few's No. 1 scoring option as a sophomore, Timme averaged 19.0 points per contest on 65.5 percent shooting from the field.

Timme's numbers don't look the exact same this season (he averaged just under 18 points per game on 59 percent shooting from the field prior to tournament tip-off), but it would be preposterous to suggest that the WCC Player of the Year has lost a step offensively. You can certainly thank Chet Holmgren, Rasir Bolton, Andrew Nembhard and Julian Strawther for their noteworthy offensive contributions this season, but you shouldn't ignore the fact that Timme's exquisite post moves, outstanding footwork and exceptional touch around the rim have been on full display since early November.

Right now, it's safe to assume that Timme has his sights set on helping Gonzaga basketball win their first NCAA Tournament title in school history, something they failed to do last season.

MORE: 5 NCAA Tournament Teams That Could Be Dangerous This March