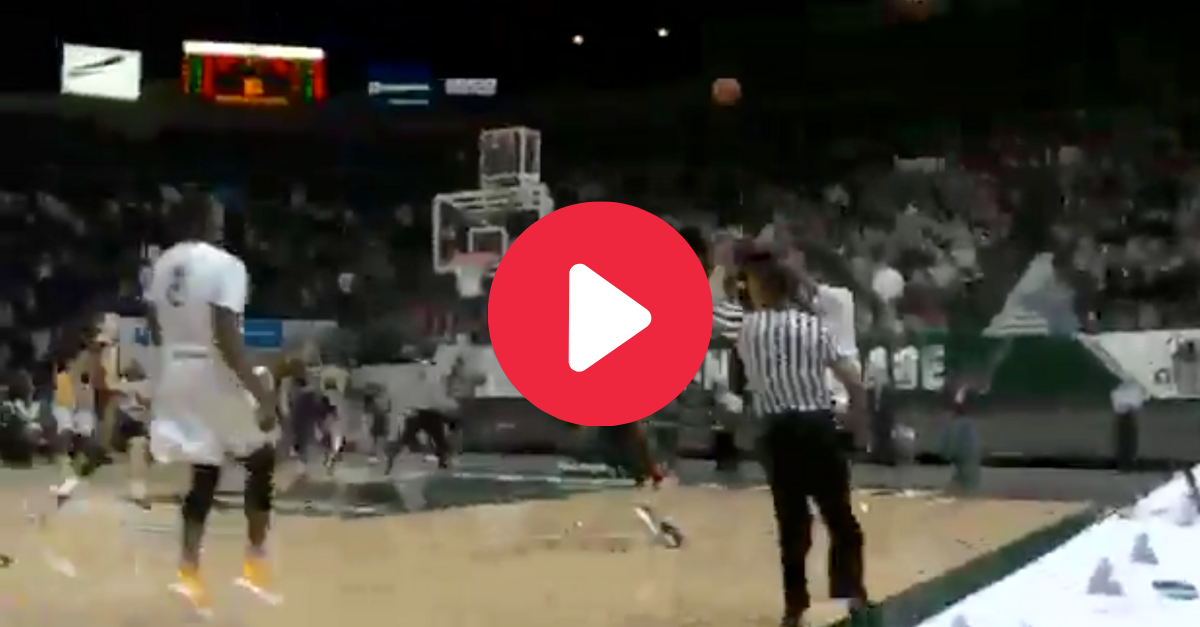 Well, this is pretty insane. During an Ohio regional finals game in Cleveland, Garfield Heights beat St. Ignatius, 70-69, to clinch a trip to the high school state semifinals.

The Bulldogs beat the Wildcats in two overtimes, and amazingly, every quarter of this game ended with someone beating the buzzer, including two from over half-court. Check out all four plays below. Absurd.

Here’s the one at the end of the first quarter — nothing too unusual here.

Ryan Berger from Ontario on that 3 at the buzzer for @SIHSSports. pic.twitter.com/2XA4DoZS37

And this, the second. Coincidence? Maybe.

Okay, this is now getting out of hand.

You can't make this up. Another Ryan Berger 3, this one from Superior, after Marreon Jackson 3. pic.twitter.com/x6wPazBCQr

The shot that brought the game to overtime. Ridiculous.

This article was originally published March 13, 2016. Garfield Heights High School’s run ultimately ended in the next round versus eventual state champion Westerville South. Surviving this wild game might as well have earned them a trophy, though.