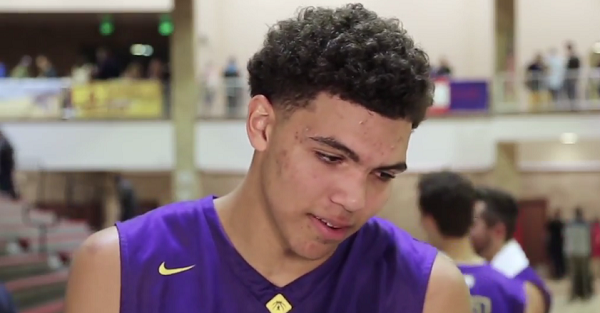 Taeshon Cherry is a highly coveted forward in the class of 2018 who plays for St. Augustine High School in California and he’s gotten ahead of the curve by announcing his school of choice. Cherry had just released his top eight schools list back in May and then cut off two more schools earlier in the month. Now he’s cut out the rest as he announced on Friday that he’s heading to USC.

The 6’8″, 220-pound forward is ranked as the No. 7 small forward in the class and the No. 24 overall recruit in the country by Scout. He also held offers from California, Harvard, Kansas and Washington among the ones he cut in the end who were Oregon, Arizona, Texas A&M, San Diego State and Gonzaga.

He’ll be a huge addition to the 2018 USC class and should keep the Trojans as a top school while he’s there. He averaged 13.6 points, 8.6 rebounds and 1.2 blocks per game on the Nike EYBL circuit.