Grayson Allen lost more than playing time during his suspension 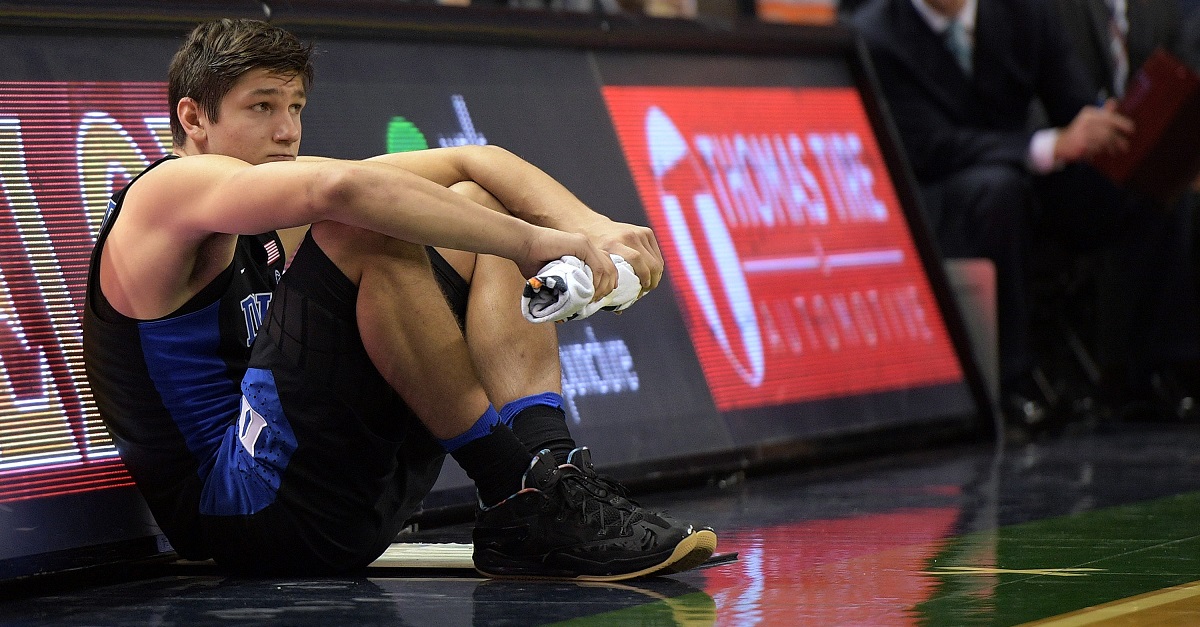 Duke played its first game of the ACC slate and had to do it against Virginia Tech without emotional leader Grayson Allen. He was suspended indefinitely by Coach K after his latest tripping incident against Elon a couple weeks back. The Blue Devils didn’t fare too well without him as they lost to the Hokies 89-75.

It seems that now Allen is losing more than just valuable playing time, but he is losing his captaincy as well. Coach K made the decision and he was not exactly ecstatic about it when asked after the VT loss.

“Right now, I don’t want to talk about Grayson,” Krzyzewski said after the game, via ESPN. “He was part of the loss today by not being there and we’ve also ? instead of tri-captains, we’ve eliminated him from being a captain of the team.”

RELATED: Duke and UNC end up on wrong side of history with start of ACC play

The Elon tripping incident was the third in a year for Allen, which prompted Krzyzewski to suspend him indefinitely.