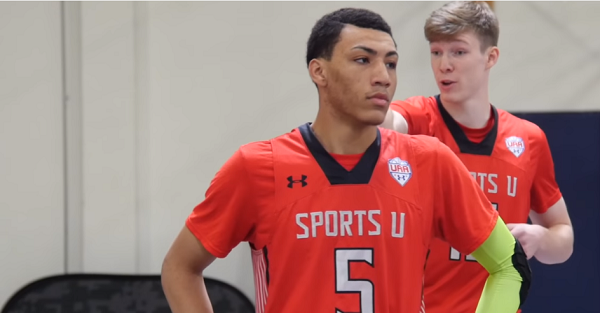 Five-star point guard Jahvon Quinerly is one of the few remaining uncommitted studs in the 2018 recruiting class. He was originally committed to Arizona until the FBI probe caused him to take a step back and reconsider his options. Now, we will see where he ends up as he will be making a final decision on Valentine’s Day according to Adam Zagoria.

Quinerly initially considered Villanova, Seton Hall, Virginia and Stanford, among others, before choosing Arizona in July. Since then he has been heavily linked to Villanova and the Wildcats really need a point guard in their class. The 6-foot, 170-pound Quinerly would be a great addition and would likely be a long-term guard for them rather than a one-and-done.

He’s ranked as the No. 5 point guard in the 2018 class and No. 3 recruit in the state of New Jersey according to the 247Sports Composite rankings. He also has offers from Oklahoma, Maryland, Notre Dame, Ohio State, Penn State and Syracuse among others.