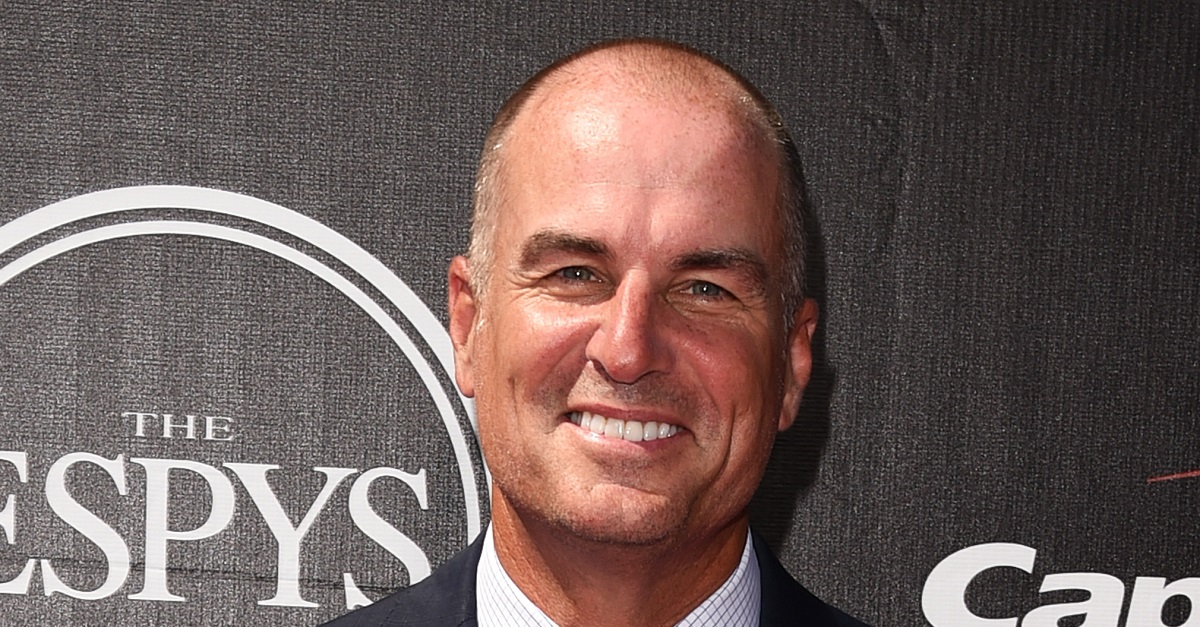 An official who oversaw the North Carolina Tar Heels losing to the Florida State Seminoles has actually upstaged the game itself.

Then again, this is exactly why many have dubbed aforementioned official, Teddy Valentine, as “TV Teddy.”

In a great game featuring top-25 ranked teams in UNC and FSU, TV Teddy twice did something that should make your head explode.

The first of the two is a bit difficult to figure out what exactly is happening. Outside of Valentine doing his thing, we aren?t sure what actual words are coming out of his mouth.

Here's Ted Valentine talking to FSU fans (who, I believe were talking to Roy). Can't tell exactly what he says. Sounds something like
"Hey, we're doing you a favor, big boy, relax….Id like to see you try to get a Final Four banner" pic.twitter.com/lHlv6ISEWb

As for the second incident, you can see the ref clearly ignoring UNC?s Joel Berry, despite the Tar Heels talent just looking for some clarification.

Joel Berry gets held, which leads to a turnover (easy call to miss in transition, BUT) Ted Valentine then refuses to engage Berry in conversation, literally turning his back to him. pic.twitter.com/q8jxDtVhFC

Most people who have consumed college basketball enough know of Valentine. There?s good reason for his nickname, as it has been earned.

One of those people who watch college basketball as if it were their job is ESPN’s Jay Bilas, but that’s pretty much because it is literally his job. Anyway, Bilas had an opinion on the matter that many others shared.

Wow. An official in the UNC-FSU game literally turned his back on a four-year player trying to speak with him after a dead ball timeout. And, officials talk about players showing officials up. Ridiculous.

To be clear about one part of that tweet, the number of years a player is in college shouldn’t play a factor in if a ref will show him a specific level of respect or not. Valentine was out of line, even if Joel Berry was a freshman.

His actual point, however, is accurate.