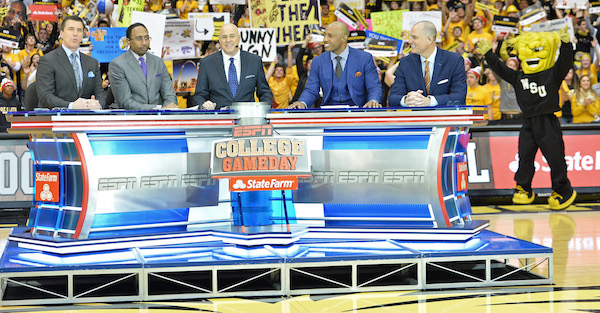 College basketball could look drastically different in a few years after the FBI’s recent investigation into the sport.

The FBI has been investigating players taking money from agents and agents brokering deals between players and teams, and ESPN analyst Jay Williams thinks that wouldn’t be a problem if players were being fairly compensated.

Williams posted a video on Twitter where he said teams should boycott the Final Four to prove a point to the NCAA. He compared a scholarship to the NBA salary cap.

If players want change… real change & force the hand of the #NCAA. This is what WE need to do. You not only need to boycott but this is how you boycott. @espn @SportsCenter pic.twitter.com/k0ru7LwBFZ

Related: Schools and players have reportedly been identified in FBI probe into college basketball

“Wouldn’t it be a crazy thing if we saw players, not just boycott a game in the NCAA tournament, but boycott the Final Four? Imagine how quickly the NCAA would recognize that it’s just not only a business for themselves, but also a business for the athletes as well,” Williams said. “That’s how you make change.”

As Football Scoop points out, the NCAA recently approved cost of attendance scholarships that raises the value of each scholarship. That’s nice for players, but when they see how the NCAA has a $20 billion deal with Turner and CBS for the NCAA tournament, they probably want a cut of that too.

It’s unlikely that players will boycott the Final Four, but a change could be coming to the system depending on what happens with the FBI. Players are going to be getting money somehow ? whether it’s from schools or from agents ? and the NCAA will probably have to figure out a way to better compensate athletes.