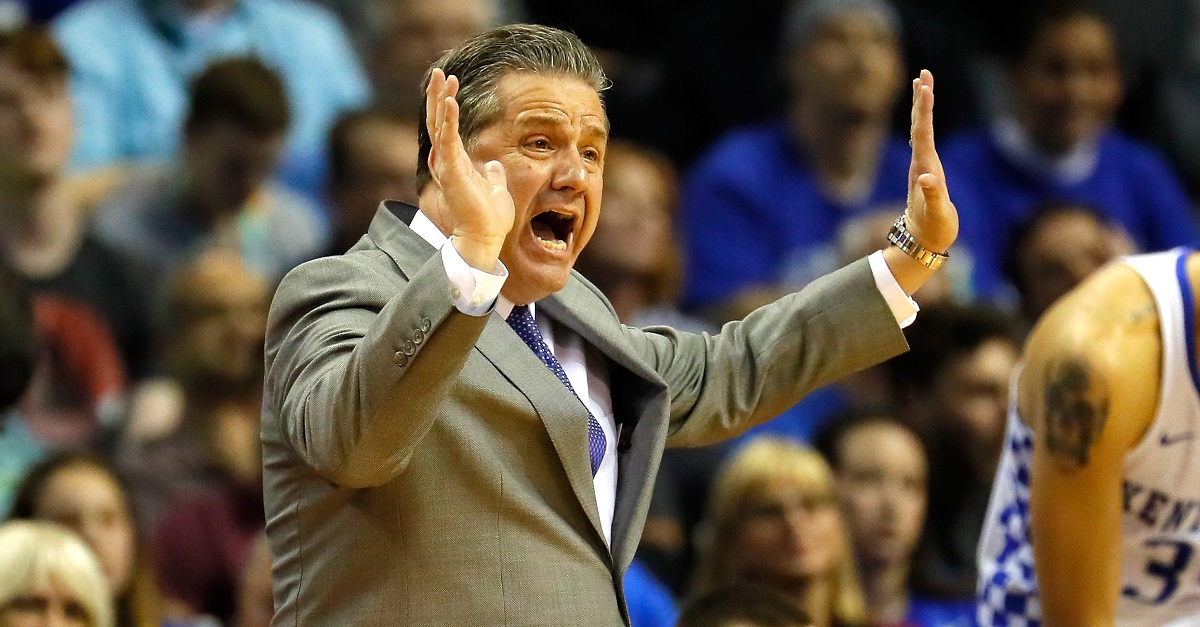 Kentucky has already lost one of its five-star freshmen in Jarred Vanderbilt indefinitely because of an injury. It looks like the Wildcats are going to lose their only real backup point guard for three months as Jemarl Baker had his knee scoped last week, according to coach John Calipari who made the announcement during a press conference.

Baker was a four-star recruit in the class of 2017 and was likely going to get all the minutes to back up starter Quade Green. It looks like the Wildcats could be forced to experiment with some big lineups and put guys like Hamidou Diallo and Shai Gilgeous-Alexander at the one or play without a true point guard for extended periods of time.