Kansas gets major help sooner than expected with latest announcement 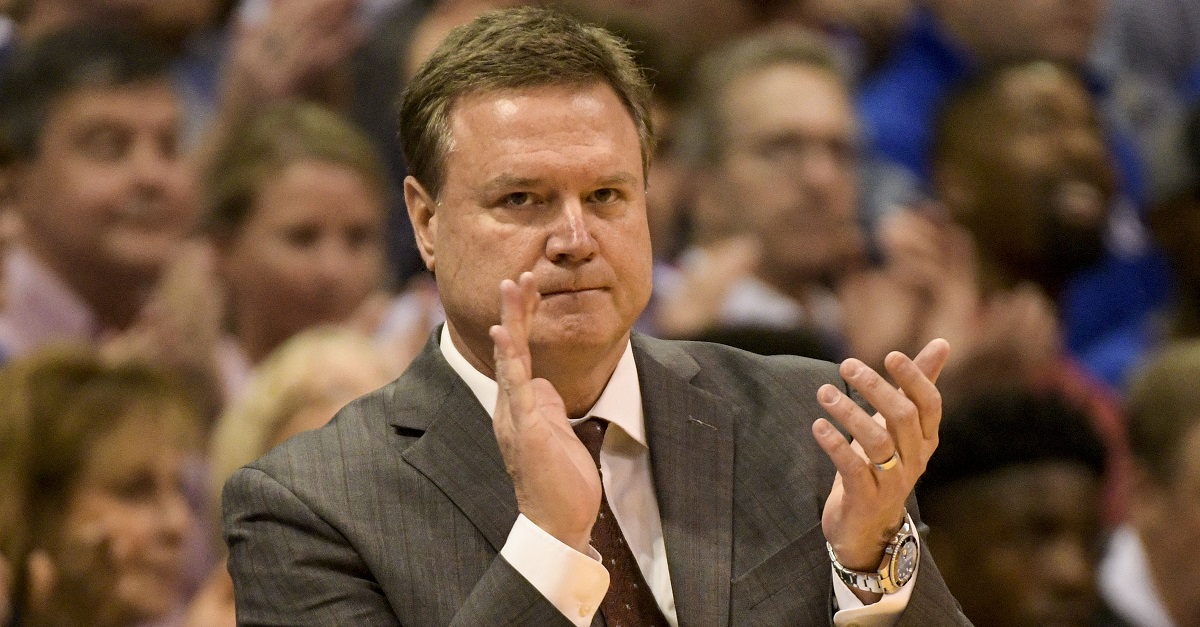 Kansas was hoping that five-star power forward Silvio de Sousa would be eligible to play in the second semester of the year because they desperately need frontcourt depth. Now, they’ve got the definitive answer as the team announced early Saturday morning.

Reinforcements on the way:
Silvio de Sousa has been cleared to join #KUbball.

The 6-foot-9, 220-pound forward is actually playing for the IMG Academy right now, but will join Kansas the day after Christmas. However, he has not been completely cleared to play, but the Jayhawks are working on that as coach Bill Self explained.

“He is eligible to practice immediately and will join our team December 26th. We are now working through the NCAA’s amateurism process and hope to have him certified as soon as possible for game competition.”

De Sousa is ranked as the No. 25 overall recruit in the country and is ranked as the No. 7 power forward according to Rivals. The Jayhawks have been playing with Udoka Azubuike, Mitch Lightfoot and some Svi Mykhailiuk as their big men at times. Azubuike is the only player with real experience and height as he’s a legit 7-footer. However, Mykhailiuk is more of a small forward and Lightfoot has been playing only about 15 minutes a game.

Five-star forward Billy Preston has yet to play because of an issue stemming from a single-car accident and some fallout from that. He could have been getting a ton of playing time this year, but it looks like those minutes may be going to de Sousa.