5-star Keldon Johnson names the five finalists in his recruitment 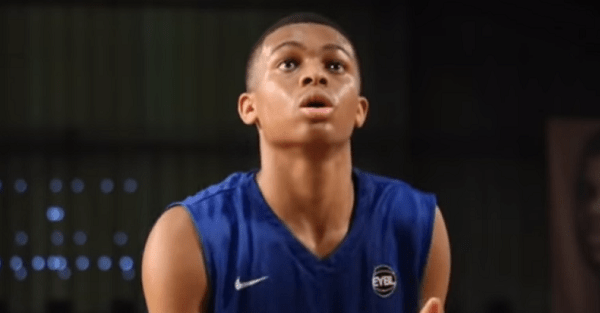 Five-star shooting guard Keldon Johnson has narrowed his list of schools down to five, and he told Scout.com he is “coming down the home stretch” of his recruitment process.

The five schools remaining on his list are Maryland, Kentucky, NC State, Florida State and Texas.

The 6’6″, 216-pound prospect from Oak Hill Academy in Virginia is the No. 2 shooting guard and No. 14 overall player in the Class of 2018 according to 247Sports. The 247Sports Crystal Ball predicts him to commit to Kentucky, but he had positive things to say about all five schools in the mix.

He said he wants to visit Florida State, and he said their coaching staff told him they can get him to the NBA and he’ll be their main guy from the start.

N.C. State gave him a similar pitch, and they believe they can put players around him to compete next season. He said he has a great relationship with Texas coach Shake Smart, and he appreciates the history at Maryland. He also said he had an “amazing” visit to Maryland.

It’s hard to count out Kentucky when it comes to landing a major recruit, and Johnson said the Wildcats were very honest with him.

“They are very honest and very straightforward,” Johnson said. “They are telling me what I have to do to get better and to get to the next level. They are just telling me to keep working and to just do what I do; to play to my strengths and work on my weaknesses.”

Kentucky is the favorite for a reason, but Maryland and Texas are also teams to watch out for before Johnson makes his decision.