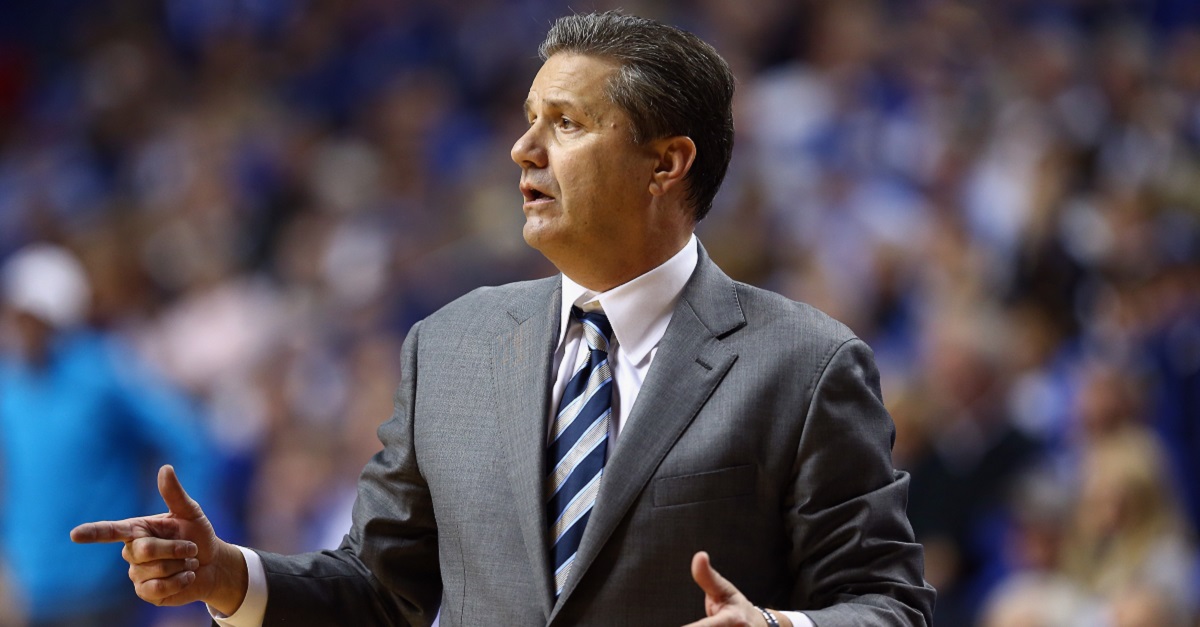 Kentucky has plenty to look forward to this season despite a mass exodus of its best recruits from the 2016 class. Coach Calipari brought in several more five-star players and some of them were even trying out for the U19 USA team to play over in Egypt this summer. One of them was wing man Kevin Knox, who was rated the No. 2 small forward in the country. Unfortunately, he suffered an injury and had to withdraw from the tryouts.

Kevin Knox, likely starter on the US U19 team, withdraws w/ injury. It wasn't evident in last nite's session; Calipari announced it this AM. https://t.co/7jgDjKrPz8

Coach Cal then went on a bit of a tweet storm about the situation regarding Knox:

.@kevin_knox23 is going to be fine with some rest, but he and I talked and thought it was in his best interest not to push it.

My suggestion was that he go back to Lexington to rest it and focus on class, which he is.

The 6’9″ Knox should be fine by the beginning of the season, but this is definitely a situation that should have Calipari thinking about whether he wants to have his own players trying out for the team going forward. Granted, the coach also has five other top tier players coming onto the team so the loss wouldn’t be as terrible as it would be for some other teams.