Kim Mulkey had experienced the highest of highs during her 21 years at Baylor. She won three national championships, made four Final Fours and took home 11 Big 12 tournament titles. There was little for her left to prove in Waco, Texas. But in her home state of Louisiana? That's a different story.

Mulkey jumped on the opportunity to return home when Louisiana State University athletic director Scott Woodward called and offered her the job to lead the Tigers women's basketball program. How could she turn it down when the Bayou state has played such an important role in her life?

She was a star hooper and the valedictorian at Hammond High School in her hometown of Tickfaw, Louisiana. She led Louisiana Tech to two national titles as a college basketball player and one as an assistant coach. Perhaps most importantly, Mulkey's gig at LSU isn't her first rodeo with the Baton Rouge school. Her son, Kramer Robertson, was a beloved baseball player for the Tigers.

Now that his mother is patrolling the sidelines at his alma mater, he's become the women's basketball program's biggest fan. 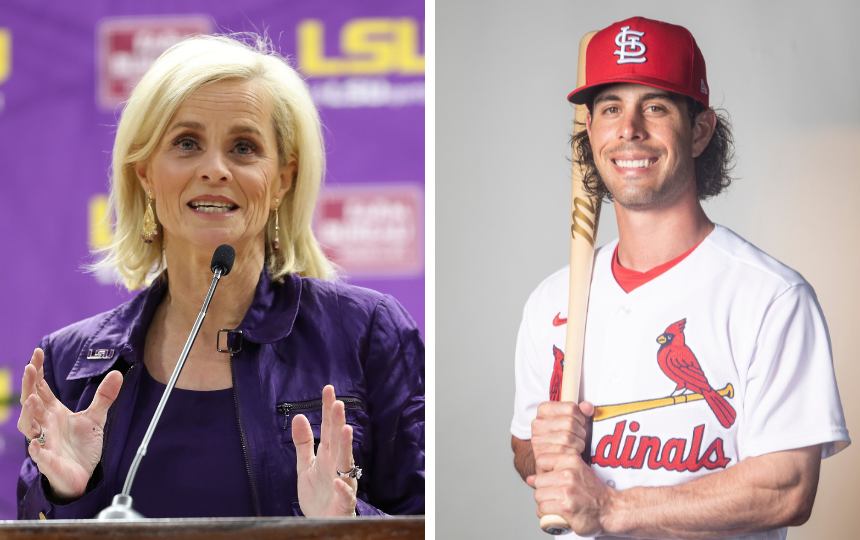 Kim Mulkey's family is an athletic one. Mulkey's ex-husband, Randy Robertson, played quarterback for Louisiana Tech in the mid 1970s. Her daughter Makenzie played basketball and softball at Baylor and served as the associate director of basketball operations in the latter part of her mother's Bears career. Kramer rounded out the sports family bingo by playing baseball.

Robertson saw action all four years at LSU, but he really hit his stride in his upperclassman seasons when he took over as the team's starting shortstop. He hit over .300 those years and helped lead the Tigers to the College World Series in 2017, where they fell to SEC rival Florida in the finals. Known for his solid glove and being a tough out at the plate, Robertson finished his collegiate career with two All-SEC appearances and a Third-Team All-American nod.

The infielder went on to be drafted by the St. Louis Cardinals in the fourth round of the 2017 MLB Draft. He's worked his way through the Cardinals farm system and played the 2021 season with the AAA team, the Memphis Redbirds. Robertson is still chasing his MLB dream, but in his down time, he's his mom's biggest supporter.

His social media is primarily filled with support for the LSU women's basketball team. He even had the opportunity to interview his mom before the 2022 SEC Tournament.

Drive The Lane with Coach @KimMulkey and @KramerR3 as we head into the SEC Tournament! pic.twitter.com/nweDFmYb0j

However, Robertson wasn't always able to be public with his fandom. When rumors of his mom leaving Baylor for LSU started circulating in 2021, he had to keep quiet.

"It's been very difficult to keep it a secret," Robertson said to The Advocate in April 2021. "There's been literally a million people who asked me what's going on, trying to get insight. I couldn't say anything. I hated having to act like I didn't know what was going on. But I've known for a few days."

As a LSU alum, Robertson was ecstatic, of course. As a son, he was beaming with pride.

"She's everything to me," Robertson said. "She's a mother, first and foremost, but at the same time, she's my voice of confidence when I need somebody to be there for me. She was there when I needed somebody to kick me in the ass. She was able to play every role." 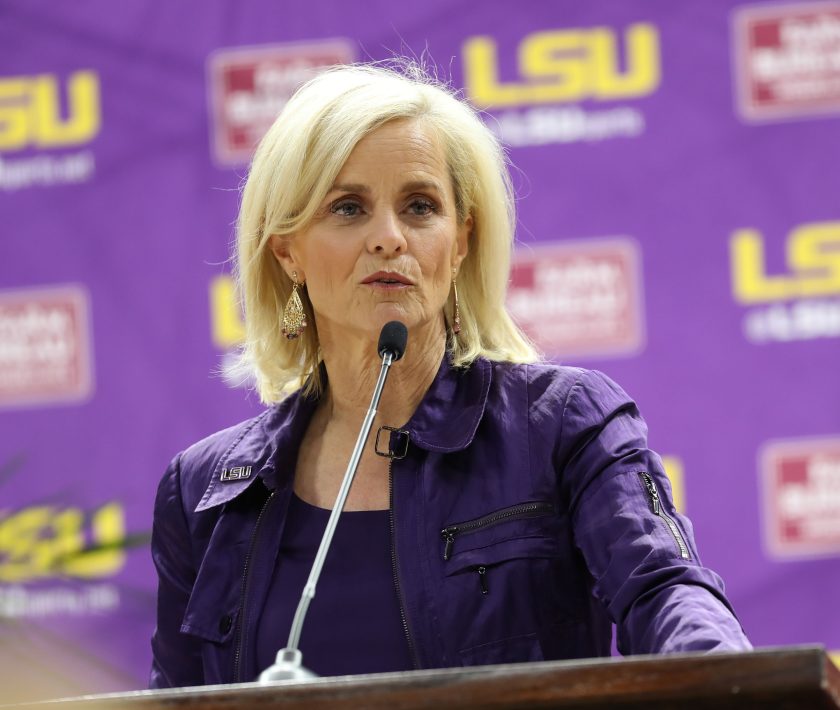 Mulkey, a 2020 Basketball Hall of Fame member who was presented by Michael Jordan at her induction, is already making her mark as the head coach at LSU.

The Tigers went from 9-13 in the COVID-19 riddled 2020-21 season to 26-6 and a second-place finish in the SEC this year. They reached the NCAA Tournament for the first time since 2018, but lost to Ohio State in the second round. Kramer summed up the season perfectly with a tweet:

Kramer's offseason is spent cheering for his mom and LSU. Now that's it's spring, Mulkey's offseason will be spent supporting her son. After all, they're each other's biggest fans.

MORE: LSU's All-Time Starting 5 is Loaded With Hall of Famers