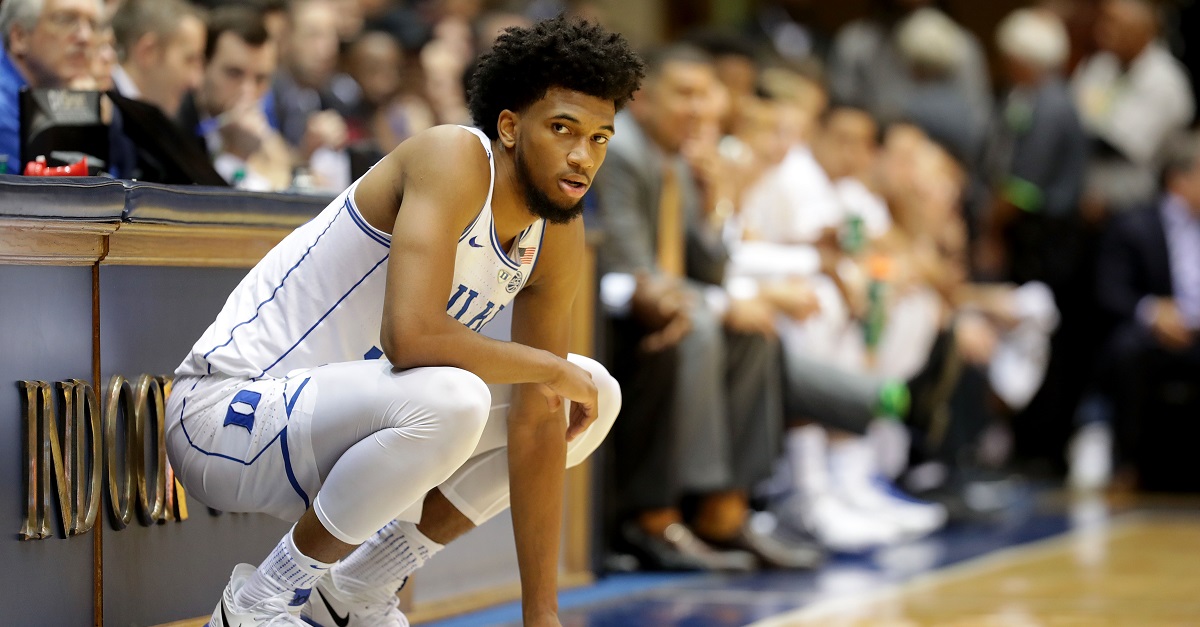 Duke handily defeated Louisville Wednesday night 82-56 despite not having the services of stud Marvin Bagley. He has missed the last three games, which the Blue Devils have all won. With March right around the corner, it sounds like Coach K might sit Bagley for a little while longer.

Mike Krzyzewski offers little more insight into a Marvin Bagley return. ?It?s a day to day thing. Marvin has a problem or else he would play. He?s getting better. The thing is, it?s not a structural problem. But if we weren?t concerned about him having more injury, he?d play. He?s not ready. He?s getting closer. I don?t know when it?ll happen. I?m not going to push him.?

The 6-foot-11 phenom and likely top NBA Draft pick has been great this season when he has played. He broke Jabari Parker’s freshman record for double-doubles in a season and is averaging 21.2 points and 11.4 rebounds per game. However, having him fully healthy for a March run is certainly more important than having him for a few games at the end of the season when Duke has already locked in a tournament spot.

Duke wraps up the season with Syracuse, a road trip to Virginia Tech, and then North Carolina at home. Then they will head to the Barclay’s Center for the ACC Tournament before getting their seeding in the NCAA Tournament.