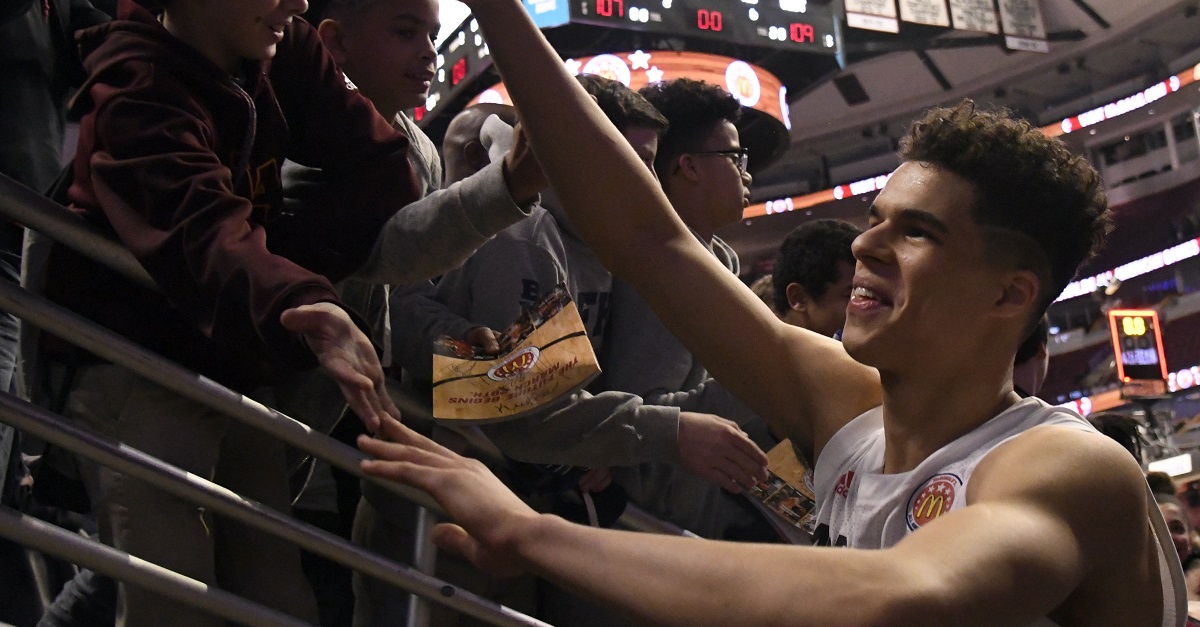 Porter missed Monday night’s game against Wagner due to the injury and wasn’t with the team on the bench during the game. A team spokesman said it was easier on his injury to sit in the locker room and watch the game rather than sit on the bench.

Missouri frosh Michael Porter Jr., sitting out tonight due to leg injury. Back in locker room watching game, easier with his injury, per team spokesman.

Coach Cuonzo Martin also spoke on the injury and is not quite sure the severity of it:

Cuonzo Martin on Michael Porter Jr.'s leg injury: "I don't know how serious it is. I think it's day-to-day. I'm not a doctor. If I had more, I'd give you more."#Mizzou

Porter reportedly injured his hip during warmups prior to the team?s season opener on Friday against Iowa State. He recorded two points and two rebounds in just two minutes of action during that game.

Missouri will understandably take every precaution they can in dealing with the five-star recruit’s injury. He entered this season projected to be among the top players in the country and is expected to be one of the top selections in next year’s NBA Draft.