Five-star C Moses Brown names his No. 1 option as of right now 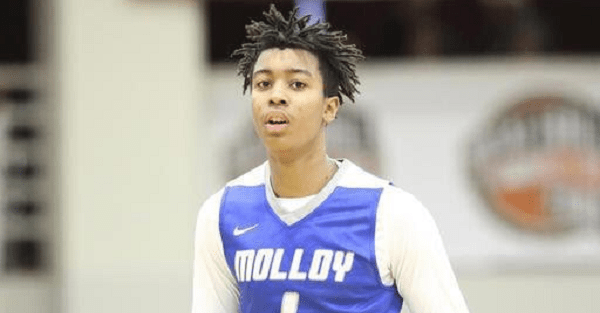 Moses Brown is the No. 2 center in the country, the No. 17 overall player in the class of 2018 and a five-star recruit according to ESPN. The 7-foot-1, 210-pound center’s recruiting process got a lot more interesting considering he had Arizona and Louisville as some of his top schools. Those two schools are now involved in the FBI probe affecting all of college basketball and that has left Maryland as his No. 1 option according to his dad Malcolm.

The elder Brown told ZAGSBLOG that the Terps are the top option right now and did not want to comment on the other schools and the charges levied against them. Rick Pitino was “effectively fired” from Louisville while Arizona placed assistant coach Book Richardson has been indefinitely suspended.

Malcolm also had this to say about his son’s recent visit to Maryland:

“It was nice, man, it was the best,” Malcolm said. “They would basically let him use his tools as far as putting it on the floor and if he keeps working on it they feel that they can get a lot out of him, more than just the average big man posting up.

The early signing period comes around next month, but both Browns said they are in a holding pattern with what’s going on around the sport now.